The impact of work-from-home on the aftermarket

Gas consumption is on par with pre-2020 levels and miles driven is back at or above pre-pandemic levels. But that doesn’t mean the industry is back to business the same way it used to, according to an industry expert.

Nathan Shipley, executive director of The NPD Group, a market research company, spoke at AAPEX 2021 about how changing consumer behaviours could impact the way the automotive aftermarket does business going forward.

Short version: It’s going to be different. How much different, however, remains to be seen, he said during his presentation Retail and Aftermarket Outlook. 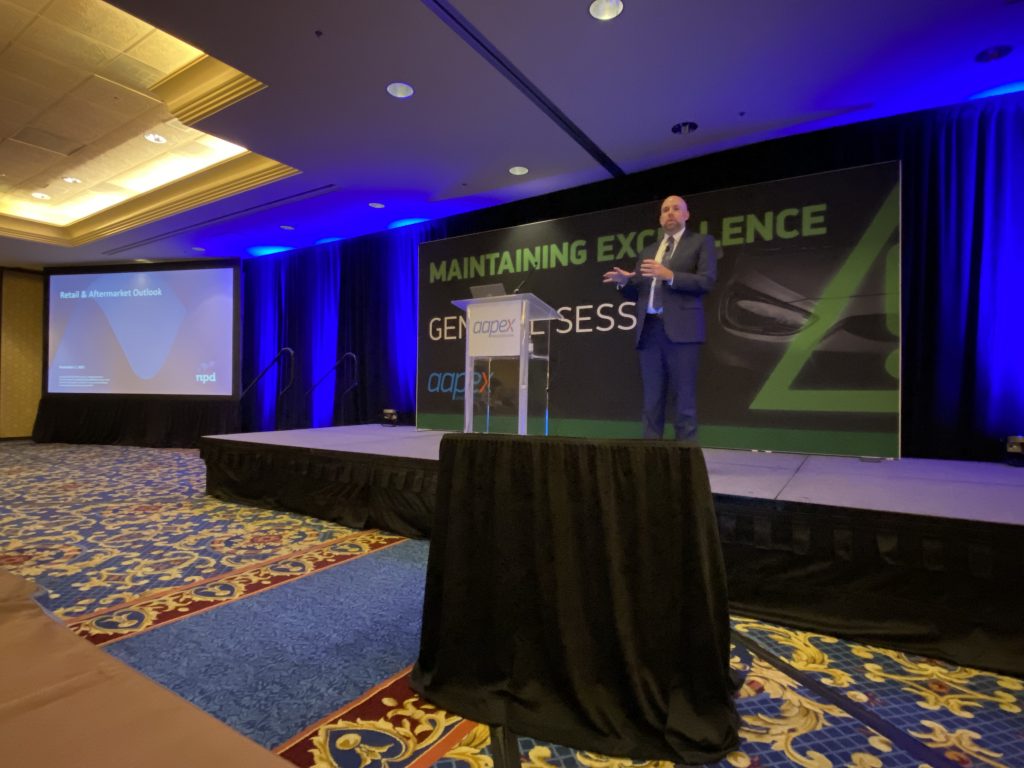 “We’re estimating that somewhere around 20 million people [in the U.S.] will continue to work from home next year — that’s full-time, part-time, whatever that looks like,” Shipley reported. “And those are folks that did not work from home, pre-pandemic. I think that the takeaway … is that the return to office is still very, very much a moving target.”

According to Statistics Canada, nearly one-third (32 per cent) of Canadian employees worked most of their hours from home at the start of 2021. That’s compared with only 4 per cent in 2016.

How work-from-home plays out will make a difference in how consumers use their vehicles. For example, less rush hour driving potentially means less wear and tear on a vehicle, particularly brake components.

Shipley called work-from-home “a moving target” because not all companies have implemented work-from-home policies or dictated all employees return to the office. While many expected to have plans sorted out by now, the Delta variant pushed things back to sometime in the early part of this year. The Omicron variant will likely further complicate matters.

“Obviously, this has implications for us as well as an industry — both positive and negative,” Shipley said.

Positive because if people are working from home, they are not commuting. They’re potentially putting that time towards other money-spending activities like road trips and working on restoring an older vehicle. It could be negative because then fewer people are driving and wearing down their vehicles to require service at their shop.

“Obviously, this has implications for us as well as an industry — both positive and negative.”

When looking at gas consumption, those levels are at fairly normal levels. However, in a city like New York, subway traffic is down 43 per cent. People appear to not want to be in crowded spaces like subways and are opting for their own vehicles where they feel safer.

That would explain the increase in gas consumption and miles travelled levels. “You have more people that didn’t own cars in the city [who] have bought cars because they want to get on the subway,” Shipley said. “They’re driving to see their folks, driving to work. And then there’s other folks that aren’t getting around.”

That also points to the fact that how people are using their vehicles is different than it was before.

“How we’re getting around and where we’re going, it’s all very, very different,” Shipley said. “Some people are driving more to go to an office, taking road trips. Others, not so much.”