The aftermarket lost a great leader and advocate. Our readers have been sending in their tributes

Bob Greenwood clearly touched the professional lives of so many people in the automotive aftermarket.

AutoServiceWorld, CARS magazine and Jobber News have received an outpouring of kind words and memories about one of the biggest figures of the industry.

Greenwood died on Sept. 9 in Surrey, B.C. from a heart attack. He has been a business management coach and consultant to automotive repair shops and jobbers across the continent. He wasn’t just known in Canada, but those south of the border carried Greenwood’s name with deep respect.

His list of accomplishments is long. He was an accredited master automotive manager and a recipient of Queen Elizabeth II’s Diamond Jubilee Medal.

He was the president and CEO of the Automotive Aftermarket E-Learning Centre since July 1998 but had been coaching long before that.

Bruce Eccles, semi-retired owner of Eccles Auto Service near Hamilton, Ontario, remembered his first session in 1992 with Greenwood. At the time, he had a two-bay shop and thought he was on the right track. He ended up going to a management training session hosted by Greenwood at a Holiday Inn in Burlington. The room was freezing, a Greenwood trademark to ensure no one would fall asleep during his talk, Eccles recalled.

But he also remembered the first two lessons given. Greenwood told them to not let customers leave without paying — after all, no one has a tab at the grocery store, so why should they not pay you right away after you fixed their vehicle? And he also said to not undercharge for labour rates. Don’t undersell yourselves, he said. 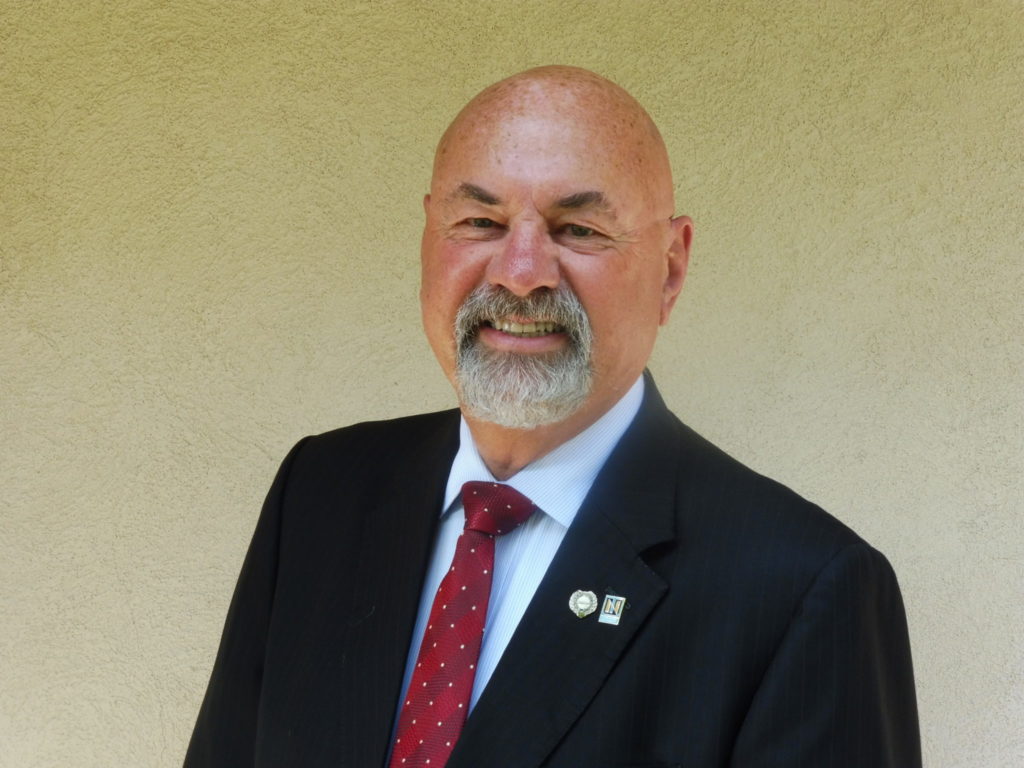 “We had a coffee break at 10 or 10:15 a.m. We didn’t have cellphones back then, but I had quarters in my pocket,” Eccles said. “I went down into the lobby. I put a quarter in the payphone and I called my shop. I said, ‘Start calling everybody that owes us money and put our labour rate up five bucks.’

“So I’d only met Bob for a couple of hours and we’d already put our labour rate up and started calling people that owed us money.”

Gord and Tracy Carnahan, owners of OK Tire Park Street in Regina, Saskatchewan, had a similar experience their first time with Greenwood in 2017.

“Having attended his in-person course for shop owners in late 2017, it became very obvious that there were opportunities to look at the business through a different lens with a focus on how to measure every aspect of our business to increase profitability, compensate our staff accordingly and best position ourselves to an eventual exit strategy. We don’t want our self-employed career to just mean that we gave ourselves jobs, want our business to be attractive to any buyer,” they wrote in a letter of recommendation for Greenwood, which they shared with AutoServiceWorld.

Kevin and Stacey Gustafson, owners of Gustafson’s Auto Clinic Inc. in Athabasca, Alberta, worked with Greenwood for more than 15 years. The difference he made on their business is immeasurable, they said.

“Bob saw things in us that we did not see in ourselves or ever thought we were capable of. We are as successful as we are today because of his support, knowledge, passion, professionalism, respect, and mentorship,” the Gustafsons said. “We will be forever grateful for all that he contributed to our industry.”

Greenwood worked with associations throughout Canada. He was a long-time member of the Automotive Aftermarket Retailers of Ontario as an executive board member. Diane Freeman, its executive director, remembered meeting her friend in 1984. Despite him moving to B.C., they continued to work together.

“Getting to know Bob was easy, as he had the personality where he always had a smile on his face with a glass of red wine in his hand mingling at many of our events that we held over the years,” Freeman said.

She, too, recalled walking into one of his classes and the temperature so low that she kept her parka on.

“Over the years I attended more of his classes and, yes, Bob still kept the room cold,” Freeman said. “Bob was a special man who always remembered everything you ever told him — your grandchild’s name, your family. And the first thing he always asked “How are you?  Is there anything I can help with?’

“Bob will be missed by all who had the privilege of meeting him and knowing him.” 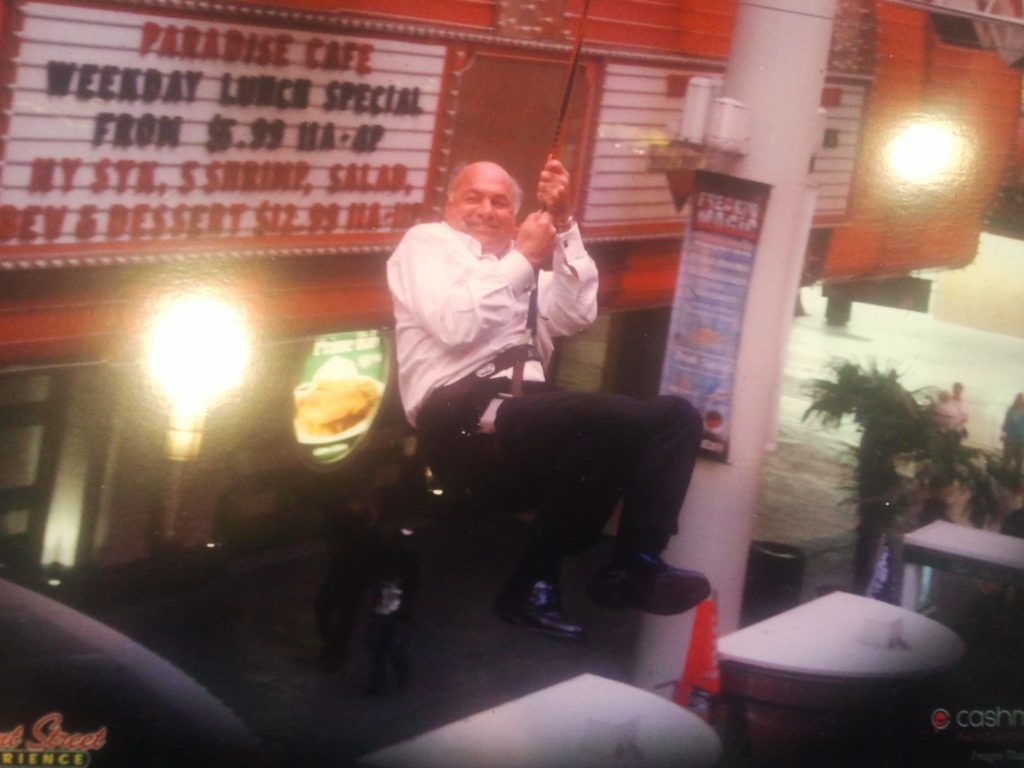 Zara Wishloff, president and CEO of Automotive Parts Distributors in Alberta, fondly remembered working closely with Greenwood. The jobber had an exclusive deal for his BEST program in 2009.

“We got to know our clients’ challenges intimately, sitting in on the focus meetings that provided our territory managers the knowledge to truly help our clients grow their business,” Wishloff said.

The company continued to work closely with Greenwood and had courses lined up for this month. “His influence is still present and we can see the difference he made in many ASP businesses we deal with,” Wishloff added.

“If you have ever had the privilege of attending one of his classes, be his client, or be part of a focus group with him, you would know that his devotion to the numbers of the business is critical,” the Gustafsons said. “’The math does not lie.’  He was a firm believer in building a relationship with your clients and earning their trust to manage and maintain their vehicle for safety, reliability, and efficiency according to each individual’s use of that vehicle.”

As mentioned, Greenwood was well known outside of Canada and his passing is being felt by those across the border.

“The entire industry has suffered a loss with Bob’s passing, his relentless pursuit of training has made our industry a better place and leaves a tremendous void,” said Bill Hanvey, president and CEO of U.S.-based Auto Care Association. “His passion for the industry cannot be replaced and we offer our thoughts and prayers to his family.”

Sheri Hamilton, Missouri-based executive director of the Midwest Auto Care Alliance, found it difficult to sum up Greenwood’s contributions as a person and professional.

And it wasn’t just in the classroom where Greenwood’s presence was felt. He worked with shop owners directly to help them navigate through any issues.

“We paid for his courses, but you could call Bob any time and talk to him, almost like your business coach, and just run a scenario by him,” Eccles said. “He wasn’t going to send you an invoice. You could call him and say, ‘What do you think about this? I don’t think I’m making enough money on dealer parts — what are your thoughts on putting prices higher than the suggested list by the dealer?’ And Bob would give you his opinion.”

“He’s been a mentor and a friend ever since. I will miss him and our industry has lost a true visionary and great man.”

“We were well positioned to weather the storm largely in part to Bob’s guidance as it related to the processes we had already put in place and focus on continuing to serve our clients’ needs by innovation and keeping everyone’s safety at the forefront,” their letter said. “We had a very profitable year (our business actually grew!) through the pandemic, had no staff layoffs and, most important, had no team members become sick.”

“He created measurable mathematical equations required to be profitable, providing information on the ever-changing technical advancements and ongoing trends, and business development,” The Gustafsons said. “Bob wanted to see shop owners succeed and become successful by working smarter and not harder.”

“I still remember the first time I took his three-day management course thinking he doesn’t know what he’s talking about,” Jones said. “After the third time of taking his course, I got it and understood it. He’s been a mentor and a friend ever since. I will miss him and our industry has lost a true visionary and great man.

“Thanks Bob, for all you’ve done for not only myself, but the industry as well.”

Jones’ mention of friendship was echoed through many responses. 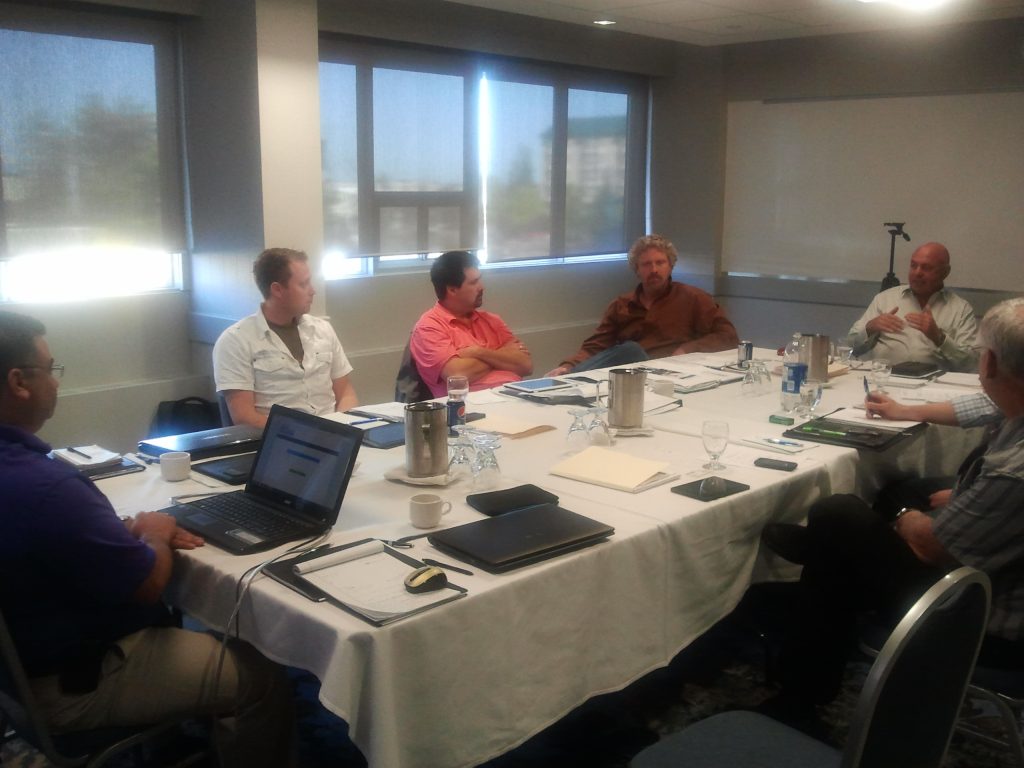 Bob Greenwood during on a BEST focus meeting. Courtesy of Zara Wishloff.

“Bob was a mentor and friend, and was always available to discuss industry issues,” Wishloff said. “As you know, he did not sugar coat any messages the industry needed to hear. His passing will leave a void in the Canadian aftermarket.”

Eccles recalled his last conversation with him six weeks ago. It was a friendly call just to see how he was doing.

“We were talking about retirement. And I said, ‘When are you going to retire?’ He says, ‘I’m still really enjoying what I’m doing. So I can’t see it. I’m really enjoying life and I’m having a good time.’ He told me about his grandkids and the time he spends with them,” Eccles said. “He likes the fact that he could travel for his business. It was a nice conversation. Little did I know, I’d never talked to him again.”

The loss of his knowledge, passion and love of the aftermarket and its success “is a tremendous loss,” the Gustafsons said. “Our industry has truly lost a great man, educator and friend and we will remember him and miss him dearly.”

Perhaps it was getting older or his grandchildren but Wishloff pointed out that Bob had changed just a little recently.

“In my opinion, Bob had ‘softened’ his approach in the last few years and was really enjoying being a grandparent,” he said. “I am glad that he was able to spend time with his kids and grandkids that were clearly important to him but send condolences to his family as that time was cut short.” 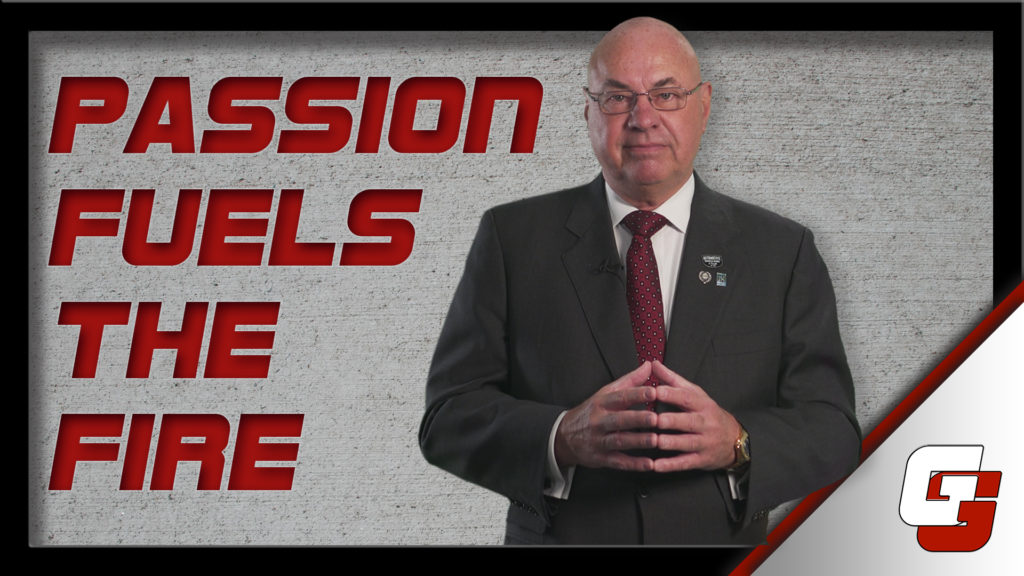 Greenwood was also a regular columnist within these four walls, contributing monthly columns to Jobber News and CARS magazine. He did three seasons of Greenwood’s Garage for AutoServiceWorld, creating short videos and bite-sized training information for shop owners.

Allan Janssen was the editor for CARS magazine, and its predecessor Canadian Technician, for nearly 25 years years. His relationship with Greenwood goes back to the start of his career. And he remembered how much Greenwood loved to share knowledge and expertise with the aftermarket.

“Whatever conference I went to, I could always count on bumping into Bob there. He always want to be where the industry was gathering, to find out what people were talking about, and what issues they were facing. If he was speaking, I would be sure to slip into his class to see how it was going. He always gave 100 per cent to his audience. He was always prepared, always started on time, always dressed in a sharp suit. His entire demeanour communicated the importance of professionalism, which was his enduring message to the industry,” Janssen said.

“He knew what shop owners were going through, what their fears and challenges were. He had a soft spot for newcomers to the industry who felt overwhelmed. He was quick to sit down with them and patiently explain the fundamentals of the business. But he could also get frustrated by industry veterans who “just didn’t get it,” who broke the rules of good business practices, and who refused to accept that the automotive repair and service industry was changing.”

And, to break the wall for a moment, yours truly had all the respect in the world for Bob Greenwood. I only knew him for less than five years. He greeted me with a smile on his face and a hearty handshake. He took the time to speak and teach me about an industry about which I had no clue.

He will be missed by everyone. Thank you to everyone to contributed to putting this piece together.