When can the aftermarket expect normalcy? One expert’s guess…

The automotive aftermarket is in for at least another year of uncertainty and increased prices, according to an industry observer.

A culmination of issues — ranging from lack of shipping containers to rail congestion to changing consumer habits to the global COVID-19 pandemic — has, unfortunately, put the aftermarket in a difficult spot, explained Jeff Jorge, principal and market leader for mobility, supply chain and manufacturing, as well as firm leader for international services at global advisory firm Baker Tilly.

It will be until 2022, and likely the second half of next year until that turnaround happens, he said Aug. 17 during the first part of the Automotive Aftermarket Suppliers Association (AASA) Supply Chain Webinar Series. 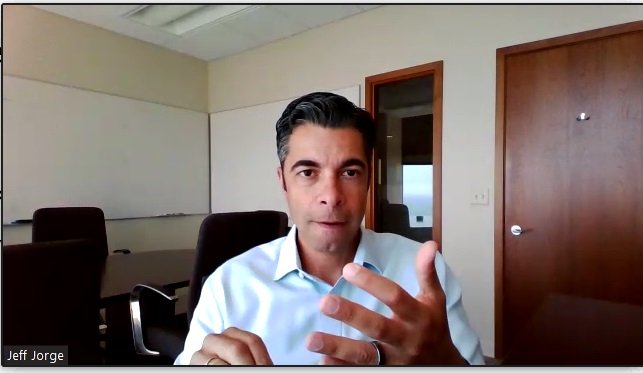 Jeff Jorge of Baker Tilly speaks during the session “Aftermarket Supply Chain: The Next 18 months” as part of the AASA Supply Chain Webinar Series on Aug. 17.

“Overall, doesn’t look great. And I wish I could tell you a different story. I wish that it wasn’t what it is because it impacts us, it impacts our clients, it impacts our families,” he said during the session, Aftermarket Supply Chain: The Next 18 months.

The biggest variable is the issue that has been plaguing the world since March 2020 — COVID-19. And making matters worse is the Delta variant. According to the Government of Canada, about 84% of COVID cases in the country in July were attributed to the Delta variant. That will more or less dictate how tough the road ahead is, Jorge observed.

“We encourage folks also to take a bit of a transcendental look as to the problem,” he said. “Because expecting it to end in six months, or [say], ‘Hey, by December 31, this is going to come to an end,’ that’s a really unhealthy way to approach a problem because there’s no guarantee that it will. And when it doesn’t, it’s disheartening. It’s demoralizing. It drives the weak to say, ‘I gave up. I’m going to change sectors and change jobs.’ And we can’t do that. I think the world expects more of us, and we are capable of more.”

Speaking to suppliers specifically, Jorge asked them that since they know things will only get better later instead of sooner, what will they change in their supply chain?

“What can you control? How far can you view your supply base? Not just your tier one, but your two, three — as far down as you can into the raw material chain — such that you are not caught as flat-footed as you’ve been?” he said.

No one benefits if leaders are throwing up their hands and giving up because they can’t control everything.