After a B.C. school’s drag racing program had its tools and helmets stolen, chances of revving up the engine were just about diminished.

But not all hope was lost — it was all eventually restored thanks to donations from the racing community and the Ed Coates Memorial Foundation.

“It is a volunteer-run program in an inner-city school, so when I saw that the team’s tools and helmets were gone, I didn’t know what to do,” said Manpreet Grewal, automotive technology teacher at Frank Hurt Secondary School in Surrey, according to a news release from Lordco Auto Parts. “We have no extra budget for the program, and we are not able to do any fundraising to replace the equipment during the pandemic.”

But former team member and school alum Matt Wilkie reached out to the community for help. According to Lordco, Wilkie credited the program for igniting his passion for car. It led him to a career as an automotive technician and subject matter expert for the Industry Training Authority BC (ITA BC) and consultant for the Automotive Retailers Association (ARA). 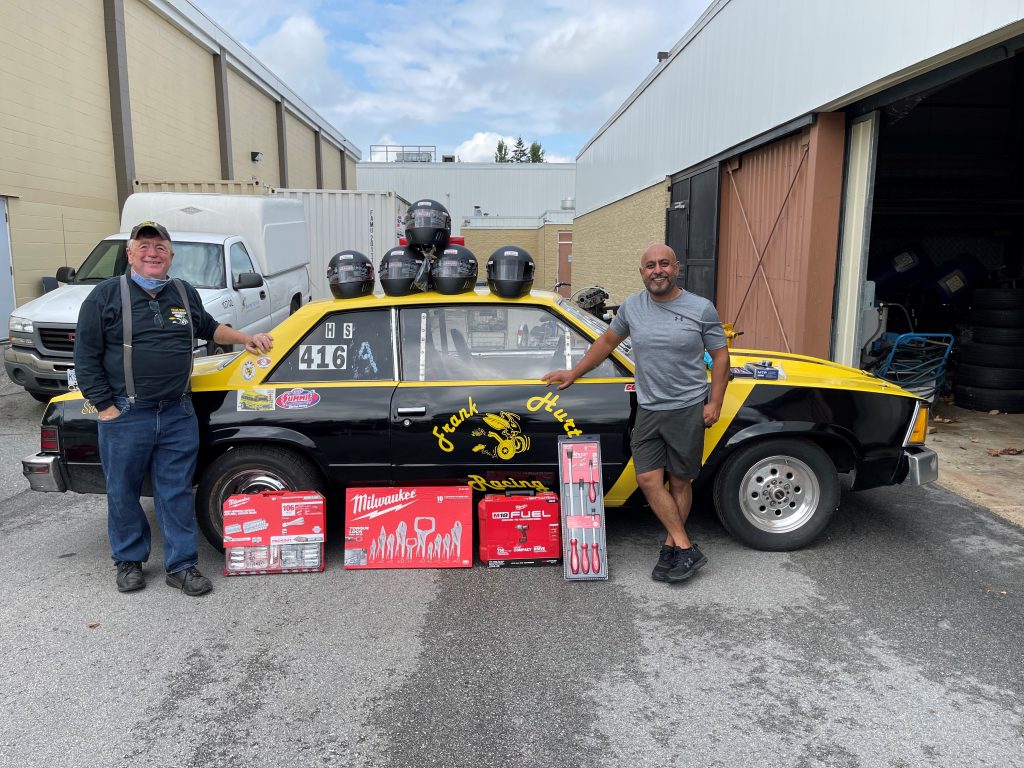 The program has seen success in the National Hot Rod Racing Association high school bracket, said Gary Klose, a volunteer in the program. He was the first person Wilkie contacted to say that help was on the way.

Wilkie had reached out to his friend Jessica Armstrong, Mission Raceway Park’s social media manager, former NHRA tech person, and overall racing enthusiast. She then reached out to the park’s racing community which responded with donations of tools, toolboxes and cash.

Word spread to a race helmet manufacturer. A rep shared the story with Ian Coates, vice president of sales at Lordco. The parts store knew this was something the Ed Coates Memorial Foundation (ECMF) could help with.

“It is unfortunate when theft threatens the sustainability of a program with deep roots in the community and a reputation of providing young people with a safe and supervised setting to pursue their interests,” Coates said. “On the positive side, these situations allow racing and automotive communities to come together and support the foundational elements that form our industry.”

The ECMF donated equipment, including race helmets and tools, of more than $5,000.

“Our racing and automotive community really came together for these kids,” says Wilkie.

“There is no way without the generosity of the community, the ECMF, and our volunteers that we could think of racing,” says Grewal.

The program expects to be racing again in April 2022.