Eye Spy: The case of the arrested air conditioning

Brandon Bennett, of Bennett’s Auto Repair in Regina, Sask., discovered why the heat was “restrained” on a 2011 Yukon. The driver’s blend door was jammed by a pair of handcuffs that had slipped behind the dash somehow. Turns out the Yukon was a former cop car, and the customer was an ex-cop.

“When I showed them to him, he told us they’re all serial numbered, and he showed us the number on them. He told us when a cop retires, he’s supposed to turn in a pair of cuffs.”

The customer said he would look up the serial number to find out the history of them as apparently that serial number is tied to the officer they’re given to.

“The vehicle was just a plain White Yukon, had the steel wheels so you could tell by looking at it it was a cop car. When he first bought the truck he had us install a new vent grill, so I assume that’s how they got in there, there were dimples on the dash where something was mounted.

Have an interesting picture to share? Send a high-resolution image to allan@newcom.ca 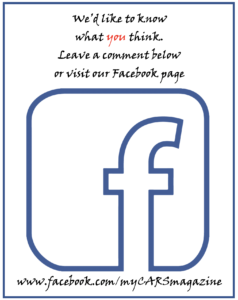