Be prepared for anything… because you never know what you’ll find when you raise the hood on a vehicle! 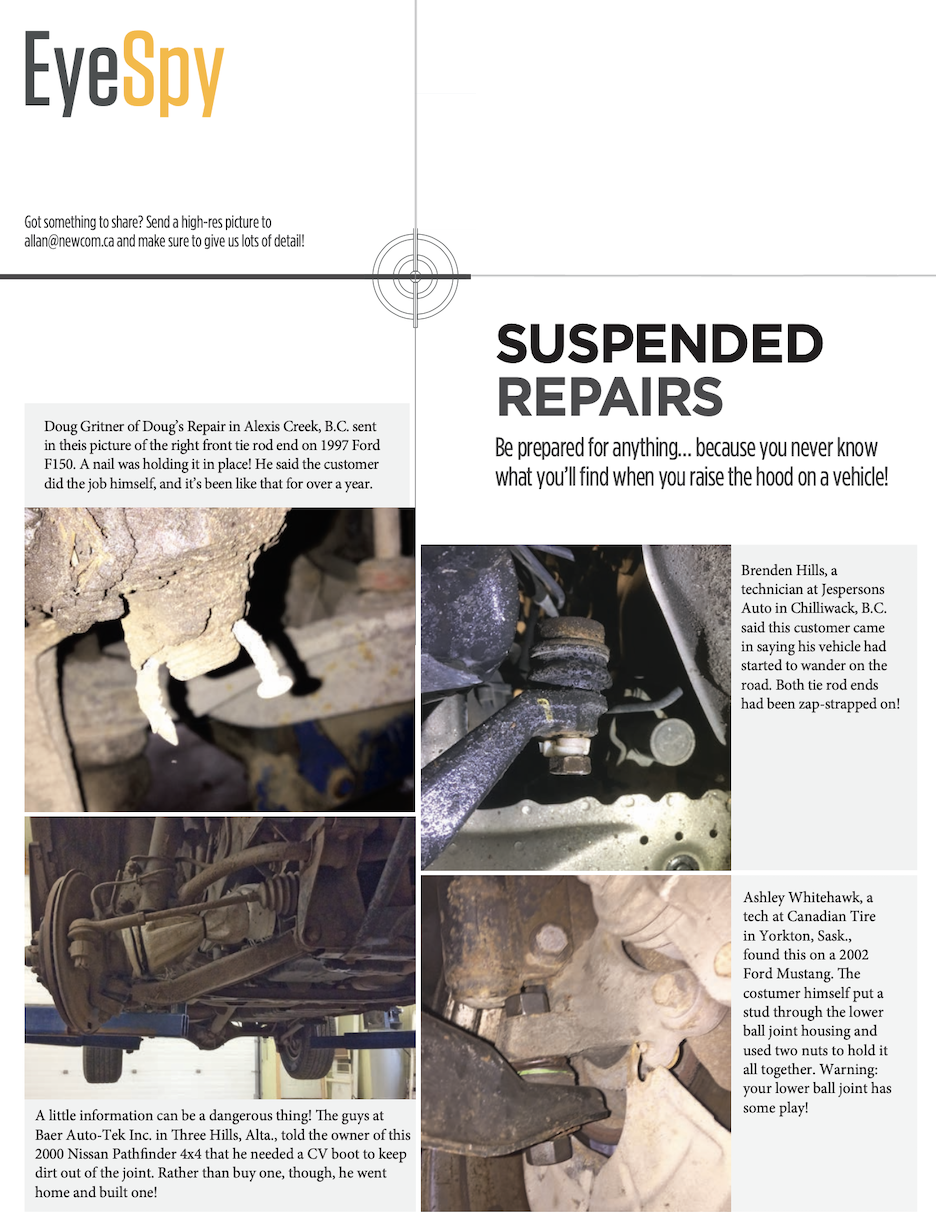 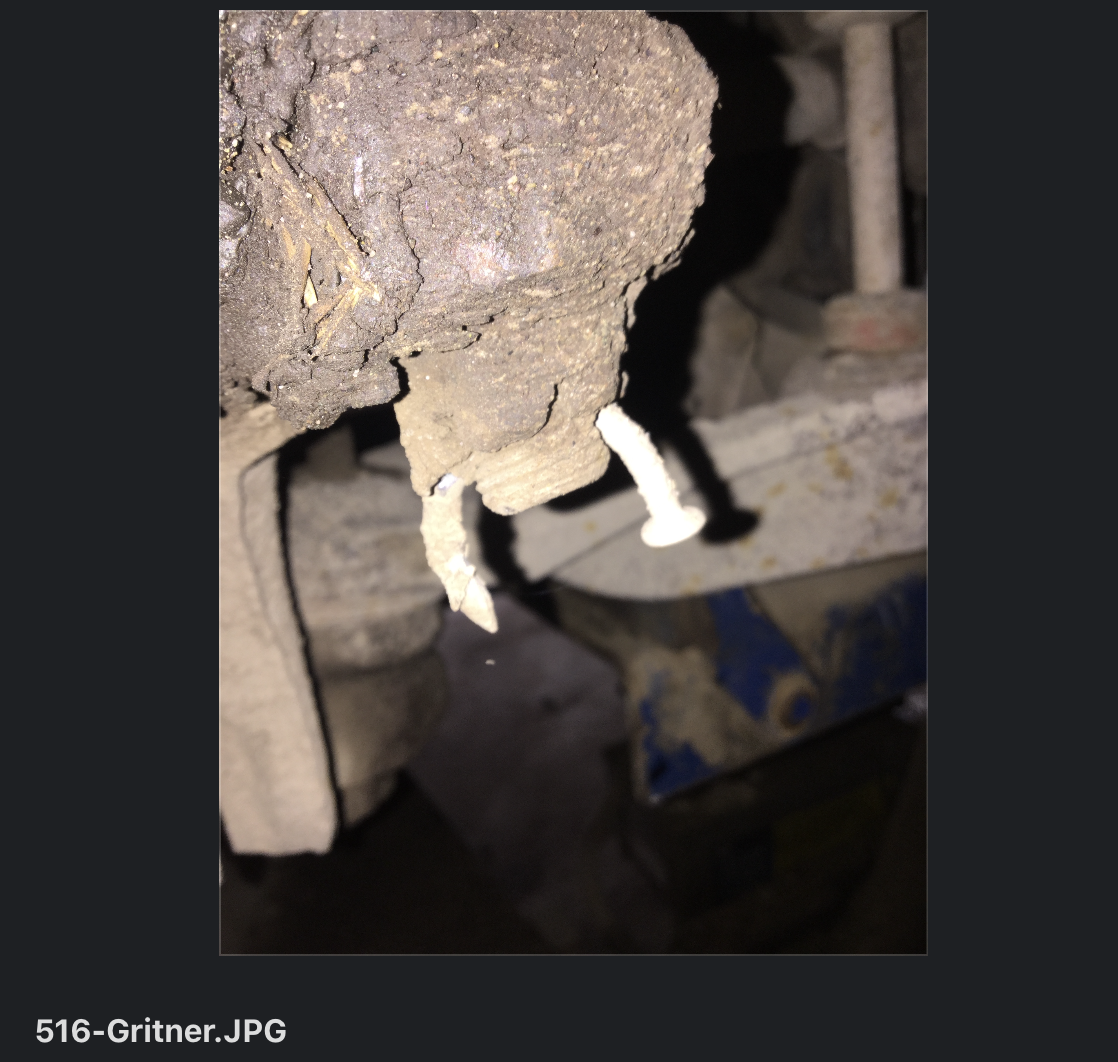 Doug Gritner of Doug’s Repair in Alexis Creek, B.C. sent in theis picture of the right front tie rod end on 1997 Ford F150. A nail was holding it in place! He said the customer did the job himself, and it’s been like that for over a year. 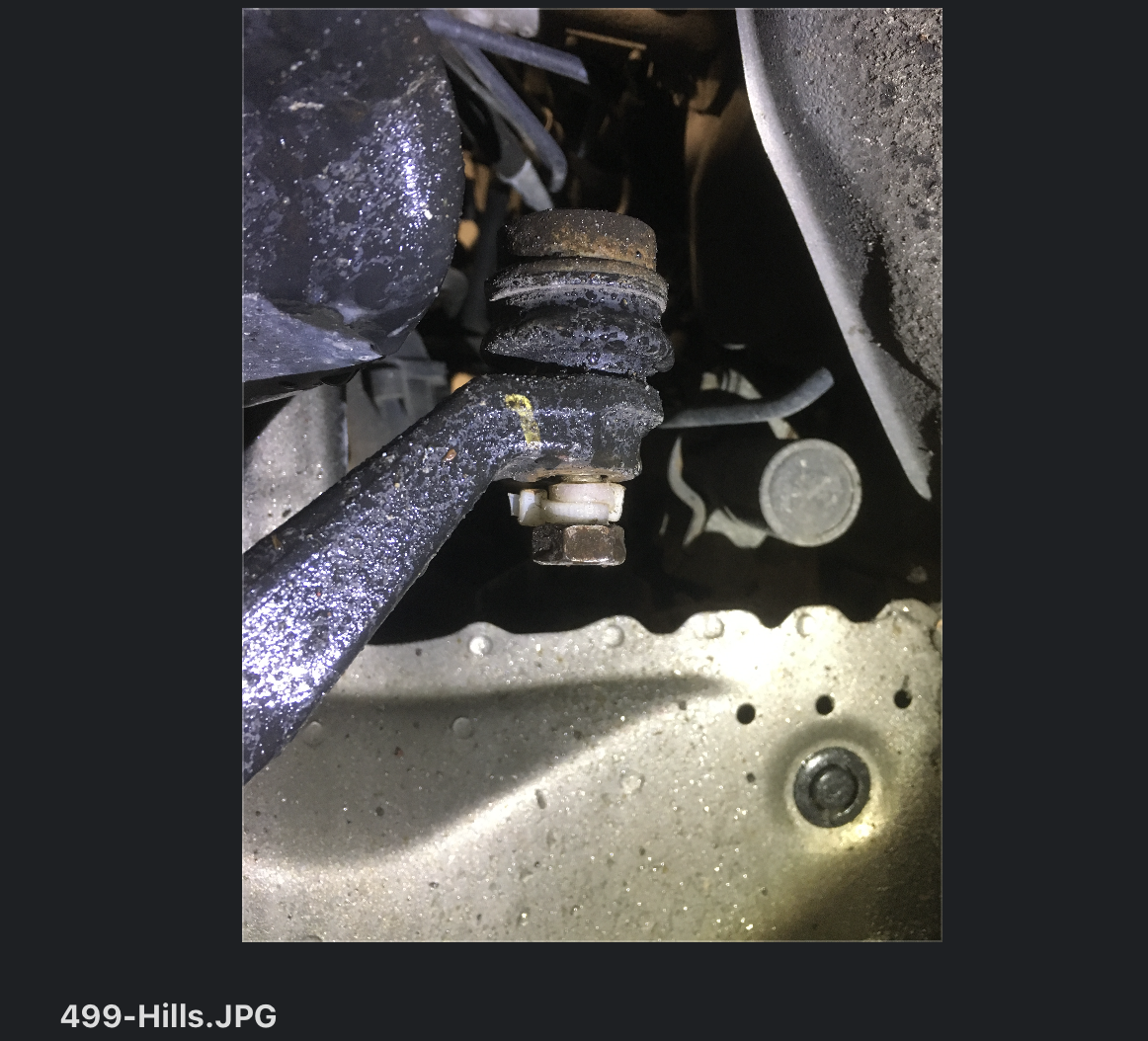 Brenden Hills, a technician at Jespersons Auto in Chilliwack, B.C. said this customer came in saying his vehicle had started to wander on the road. Both tie rod ends had been zap-strapped on! 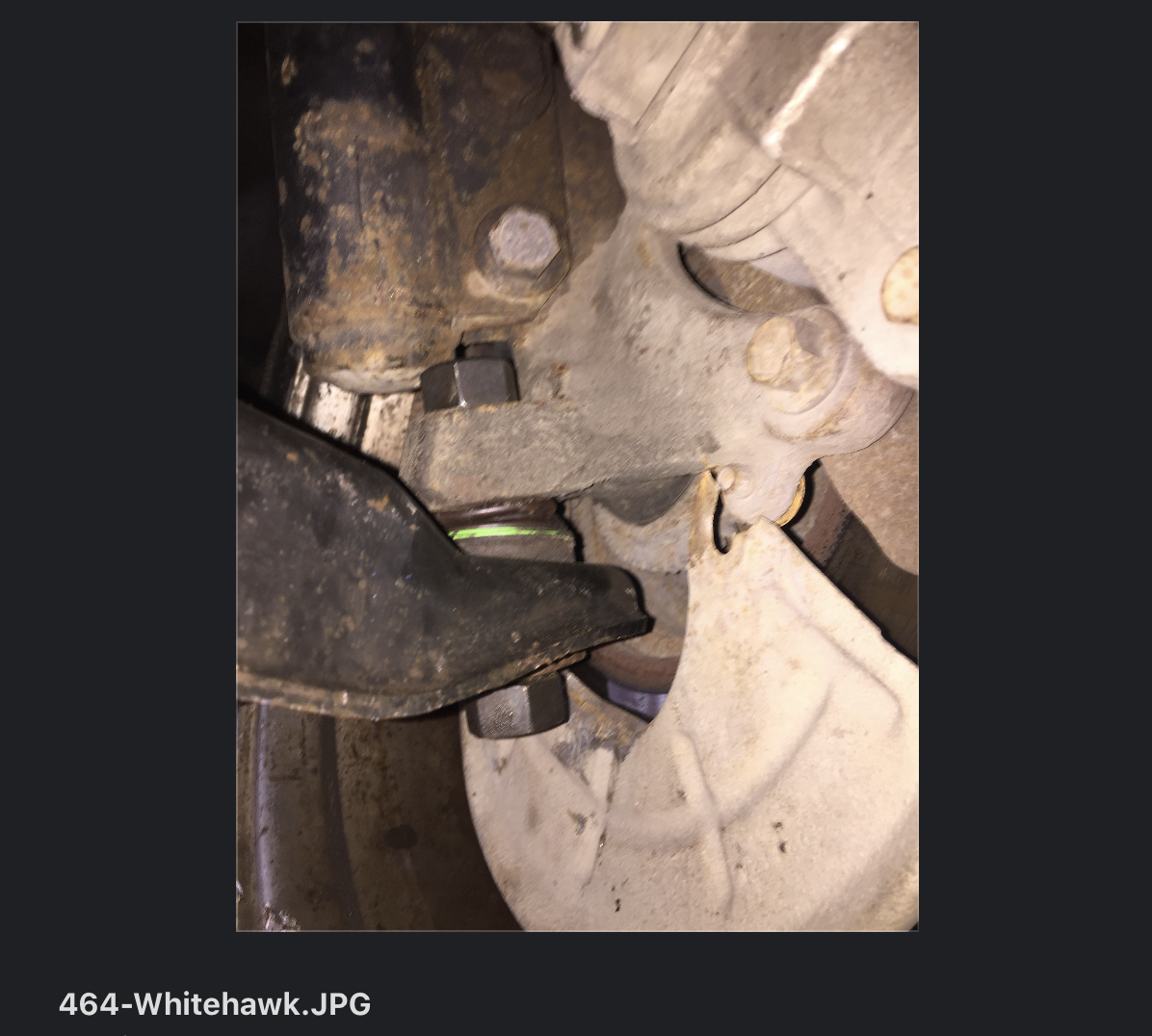 Ashley Whitehawk, a tech at Canadian Tire in Yorkton, Sask., found this on a 2002 Ford Mustang. The costumer himself put a stud through the lower ball joint housing and used two nuts to hold it all together. Warning: your lower ball joint has some play! 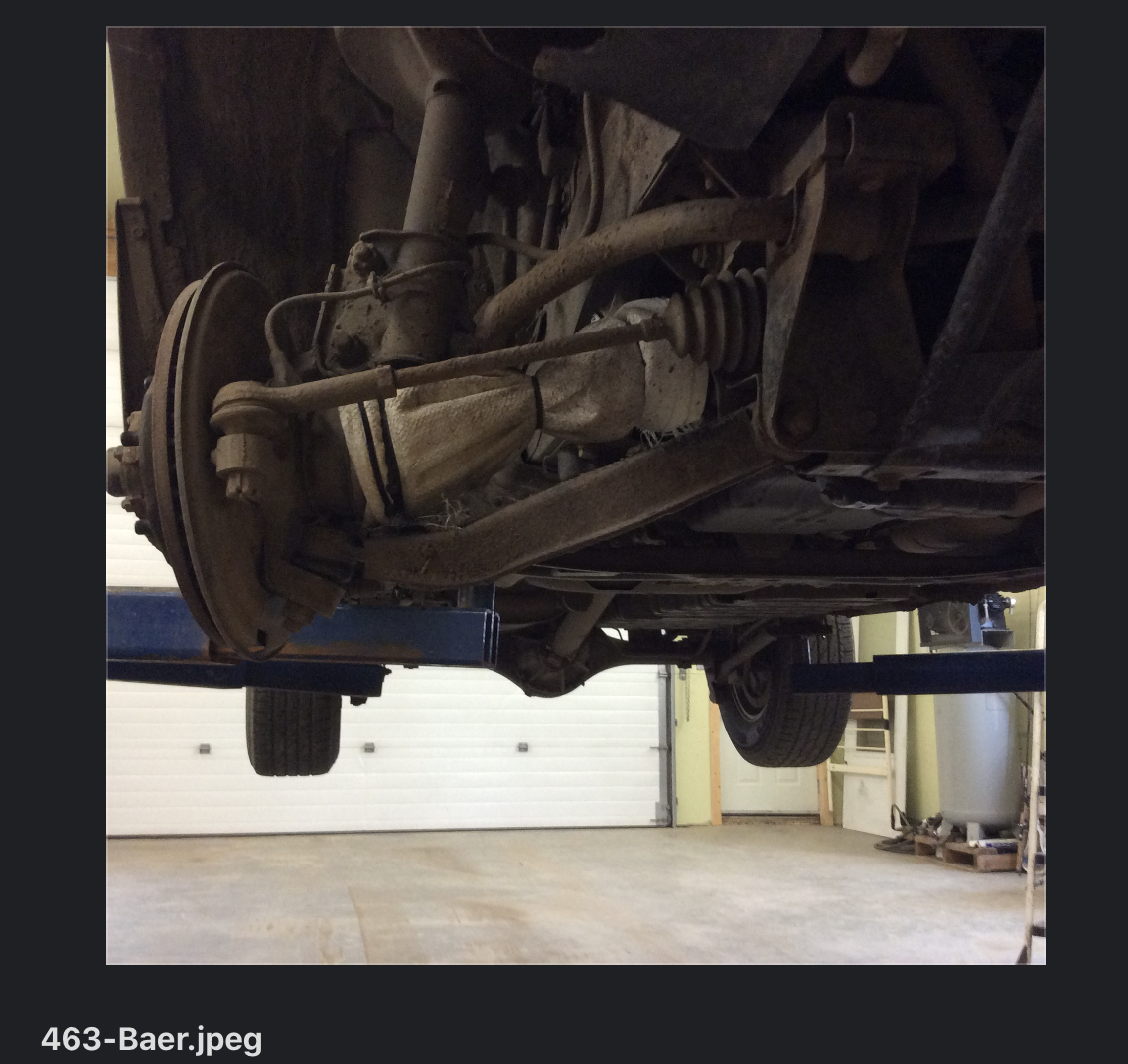 A little information can be a dangerous thing! The guys at Baer Auto-Tek Inc. in Three Hills, Alta., told the owner of this 2000 Nissan Pathfinder 4×4 that he needed a CV boot to keep dirt out of the joint. Rather than buy one, though, he went home and built one!