An assortment of filter fumbles from our growing collection of EyeSpy photos. 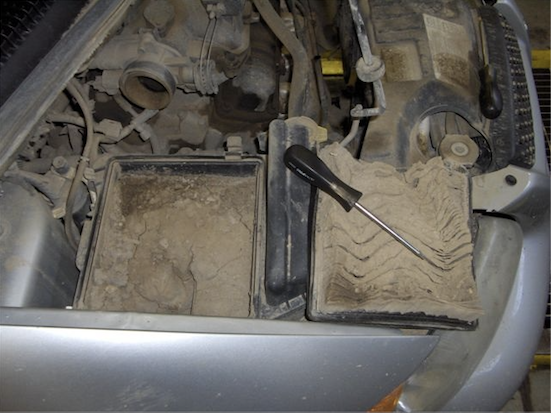 This air filter was almost unrecognizable when it was taken out of a Dodge Caravan. The box was just about plugged, and the air passage had about 3/4 inch space to breath. “We don’t know how it kept running!” said Paul Harpe of Econo Lube in Spruce Grove, Alta. In case you can’t tell, the air filter is on the right, with screw driver on top. 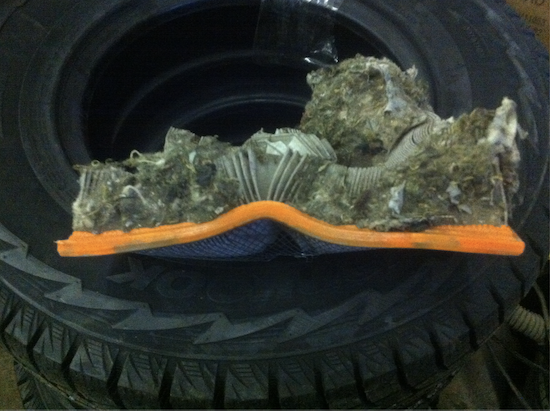 The owner of this 2001 Cummins diesel proudly announced, “I change my own oil and save money!” Um… yes but do you check anything else? Doug Gritner of Doug’s Repair in Alexis Creek, B.C. points out that the air filter was completely restricted, collapsed, and near sucked into the turbo! “I wonder how much would have been saved had this filter gone into the engine?” Doug mused. 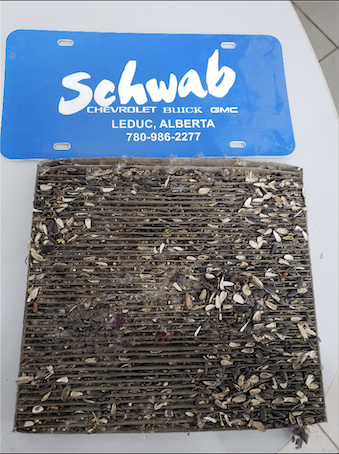 Shawn Simms, a service consultant at Schwab Chevrolet in Leduc Alta., sent in this picture of a vehicle that came in with poor heater performance and lack of airflow. “No wonder!” said Simms. The lube technician found this filter issue before the vehicle was scheduled to go into the shop for a full diagnostic. 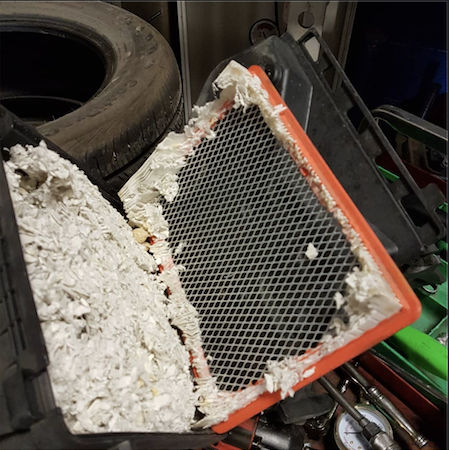 “I wanted to share the air filter we found on this 2004 Buick Century,” said John Caduhay, an automotive service technician at McQueen Automotive in Edmonton, Alta. “It came in for an oil change and intermittent stalling. Turns out the customer has mice problems!”

Got an Eye Spy to share? Send a high-res picture to allan@newcom.ca and make sure to give us lots of detail!