By the Numbers: Battery facts

Statistics that put the North American automotive aftermarket into perspective. 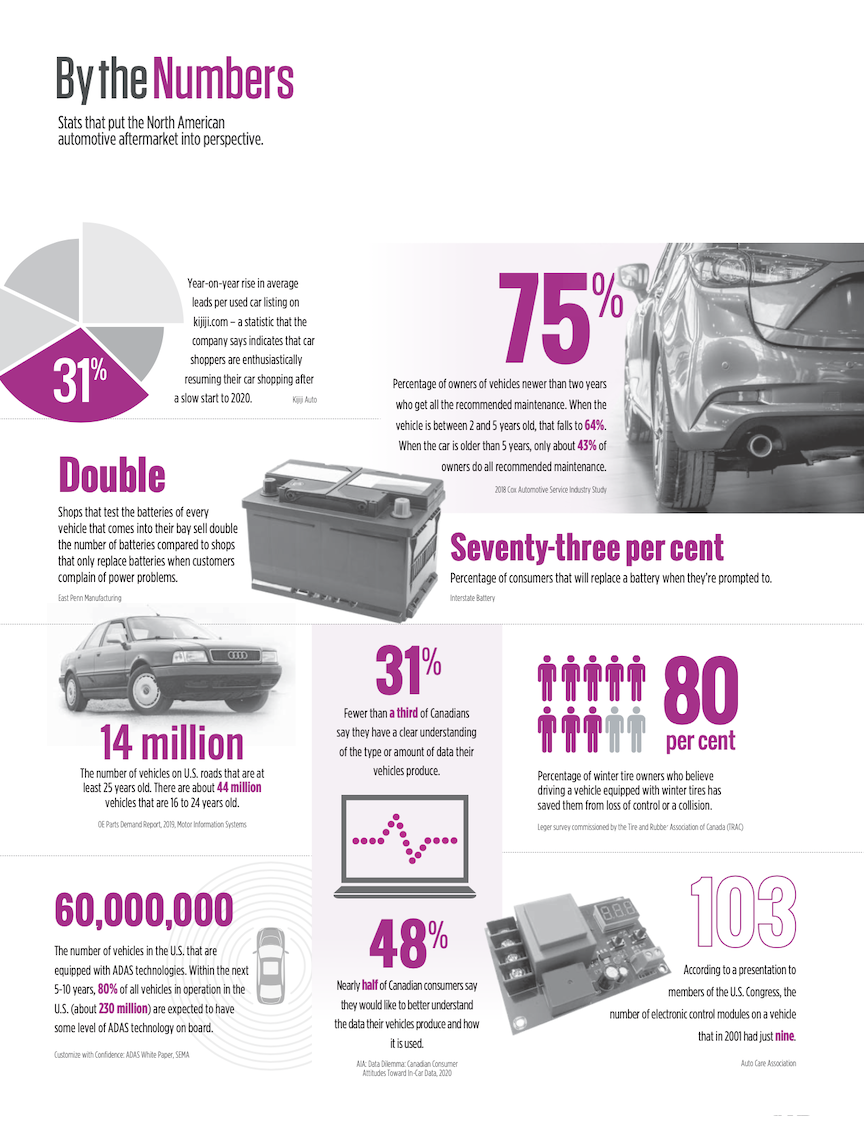 Percentage of winter tire owners who believe driving a vehicle equipped with winter tires has saved them from loss of control or a collision.

Fewer than a third of Canadians say they have a clear understanding of the type or amount of data their vehicles produce.

Nearly half of Canadian consumers say they would like to better understand the data their vehicles produce and how it is used.

Year-on-year rise in average leads per used car listing on kijiji.com – a statistic that the company says indicates that car shoppers are enthusiastically resuming their car shopping after a slow start to 2020.

According to a presentation to members of the U.S. Congress, the number of electronic control modules on a vehicle that in 2001 had just nine.

Shops that test the batteries of every vehicle that comes into their bay sell double the number of batteries compared to shops that only replace batteries when customers complain of power problems.

Percentage of consumers that will replace a battery when they’re prompted to.

The number of vehicles on U.S. roads that are at least 25 years old. There are about 44 million vehicles that are 16 to 24 years old.