Staying true to who you are, taking on a leadership mindset and negotiating for yourself were just some of the tips more than 200 women heard at the Toronto event She opened the Toronto conference – jointly organized by the Automotive Industries Association of Canada (AIA), and the U.S.-based Women in Auto Care – with a call to action.

“In order for our industry to remain relevant in the face of changing technology,” she said, “we need to take a serious look at how we are recruiting and retaining women in this sector.” “I feel really proud to look out and see 200 women from North America here. And our mission is very simple. We’re here to connect, empower and mentor women in auto care,” she said.

Annie Hotte, Chief People Officer for Montreal-based Uni-Select was the first keynote speaker, encouraging women in the aftermarket to be continually open to learning while staying true to who they are. She said she has relied on the advice offered by Don Miguel Ruiz in his 1997 book The Four Agreements: A Practical Guide to Personal Freedom. He advocates choosing your words carefully, not taking anything personally, avoid making assumptions, and always give your best effort.

To those pieces of advice, Hotte added one of her own: Find a comfortable work-life balance by letting go of the drive to always be perfect, unplugging, exercising regularly, and limiting time wasters.

“Start with small things that you change,” she said. “Remember, you’re not going to change everything at once. Integrate them in your habits.”

Kathy Korman Frey, adjunct professor at the George Washington University School of Business gave attendees a chance to understand what practical mentoring is all about. And she encouraged them to find more than one mentor.

Check out photos from the event in our photo gallery below

Maryscott Greenwood, CEO of the Canadian-American Business Council, shared the stage with Canadian entrepreneur Mandy Rennehan to discuss the future of NAFTA and the growing tariff tensions stemming from U.S. President Donald Trump’s approach to trade. “I believe in good business,” said Rennehan. “And I believe that Mexico, Canada, and the U.S. working together is a trifecta of force.”

Rennehan, who describes herself as “delightfully uncensored,” believes the loss of the North American Free Trade Agreement could destroy one of the most prosperous relationships in the history of the world.

“He [U.S. President Donald Trump] is playing with one of the most important agreements North America has ever seen,” she said. “I believe in good business. And I believe that Mexico, Canada, and the U.S. working together is a trifecta of force.”

Motivational speaker Michelle Ray, founder of Lead Yourself First Institute, offered a look at how to leverage influence, engage people, and take the lead in your business. Strategy expert Fotini Iconomopoulos told the audience about how women negotiate all the time in their day-to-day lives and those same skills need to be brought to their professional lives.

“You’re trying to get what you want all the time,” she said, later asking women to think about what they’re giving up when they decide to not negotiate.

Overcoming any fears around negotiation is the first step.

Automotive journalist Petrina Gentile spoke about her challenges of being a woman in a male-dominated field. She encouraged attendees to dream big and take risks.

“We need more female leaders,” she said. “There are still stereotypes and gender biases to overcome.”

Laura Stacey, who played on Canada’s silver-winning women’s hockey team at the 2018 Olympics, spoke of the challenges she faced preparing for the Olympics – including overcoming two broken wrists just 13 months before being selected and surviving a gruelling boot camp.

Author Amy Jo Martin recalled her time with the Phoenix Suns, where she helped Shaquille O’Neal learn how to create his brand on Twitter. The NBA superstar pushed her to start her own firm and after her boss with the Suns called her a “renegade,” that she decided to set out on her own.

“We need more female leaders. There are still stereotypes and gender biases to overcome.”

She embraced the renegade tag and created a list of rules:

Renegades identify – meaning that they conceive possible scenarios from good down to worst-case scenario.

Don’t give yourself an out. She quoted Julius Caesar who said, “If you want to take an island, burn the boats,” as a metaphor for going all in on a decision.

Leverage adversity – think about your life and the adversity you face and leverage it.

Have awareness of your physical, mental and emotional states. This is a navigation tool to pay attention to how you feel when you have an idea. The event also included a chat between AIA president Jean-Francois Champagne and Auto Care Association president Bill Hanvey, moderated by Stacey Miller, communications director at the ACA. The pair discussed a variety of topics, ranging from their professional experiences to offering advice to those seeking mentorship.

“Don’t take it personally,” Hanvey said as a piece of advice he wished he had gotten earlier in his career. Sometimes an idea may get rejected, he added, but it’s not a personal slight and the idea-giver should continue offering their thoughts.

For Champagne, he didn’t realize how resistant people are towards change. Perhaps apropos given the change facing the automotive industry, he said he understands the anxiety people have towards change “because it’s becoming harder and harder to see where it’s actually going.”

The conference wrapped up with Commander Kelly Williamson, director of Navy public affairs with the Royal Canadian Navy. She recounted her journey from being a naval warfare officer to her current role, and how she had been on a number of disaster relief efforts, such as Haiti and Nepal.

She advised attendees to believe in the power of positive thinking and looking at the glass half full and that it’s OK to make yourself a priority. 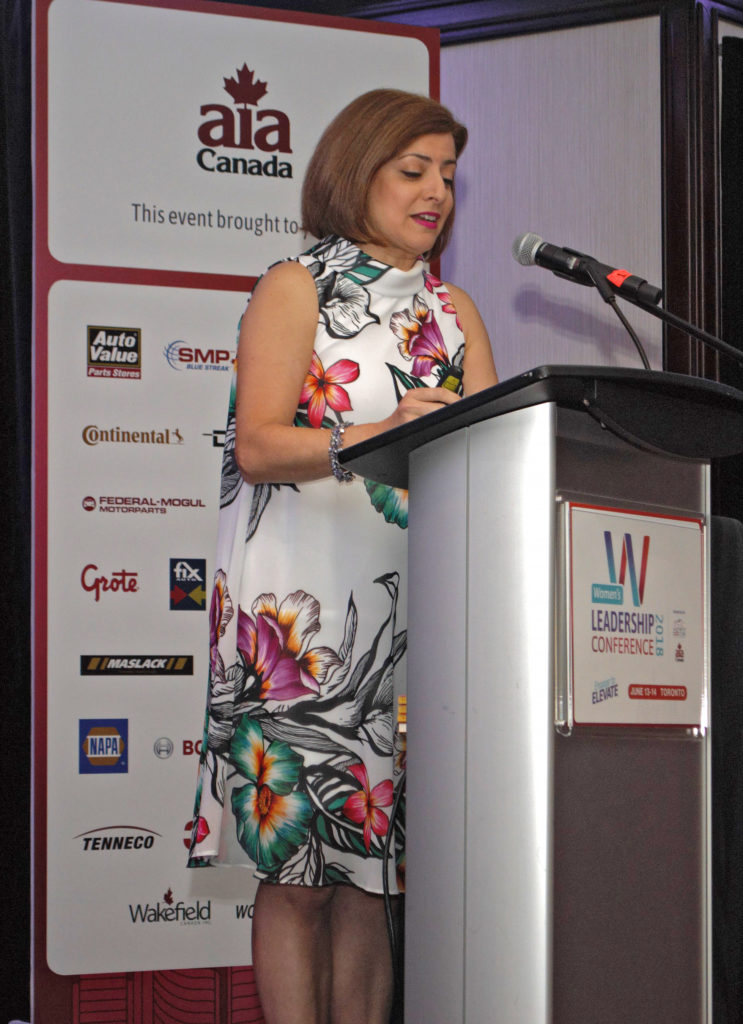 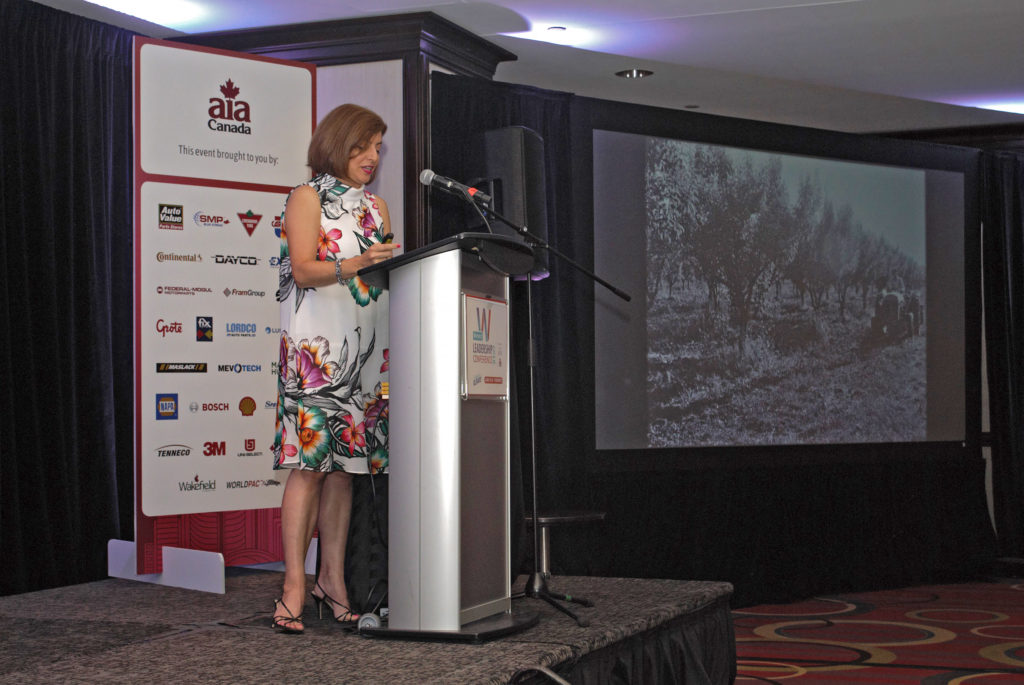 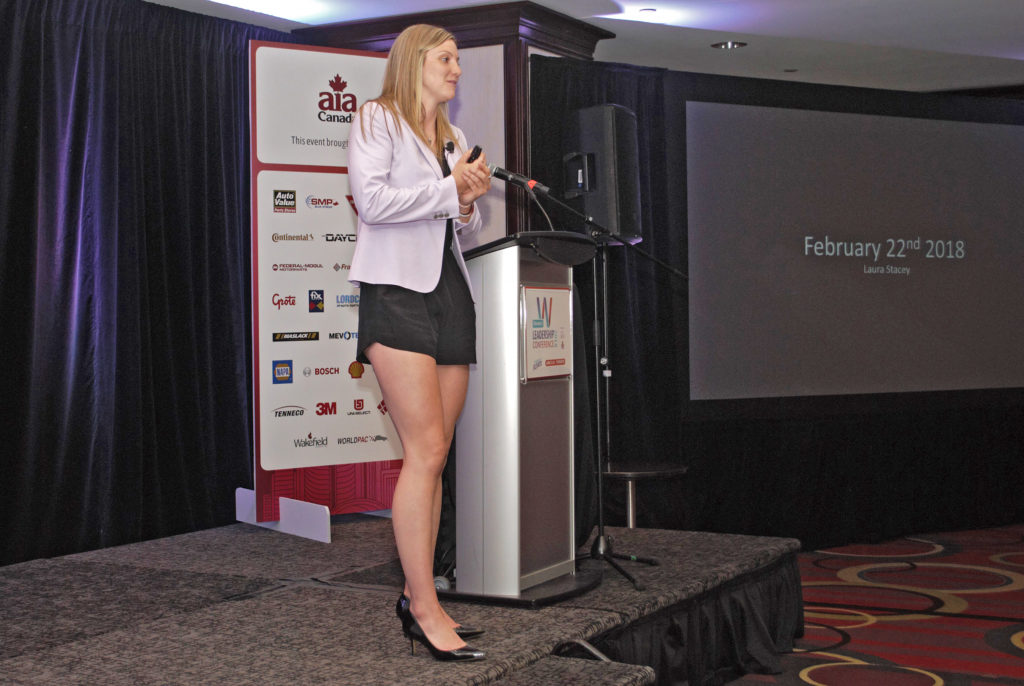 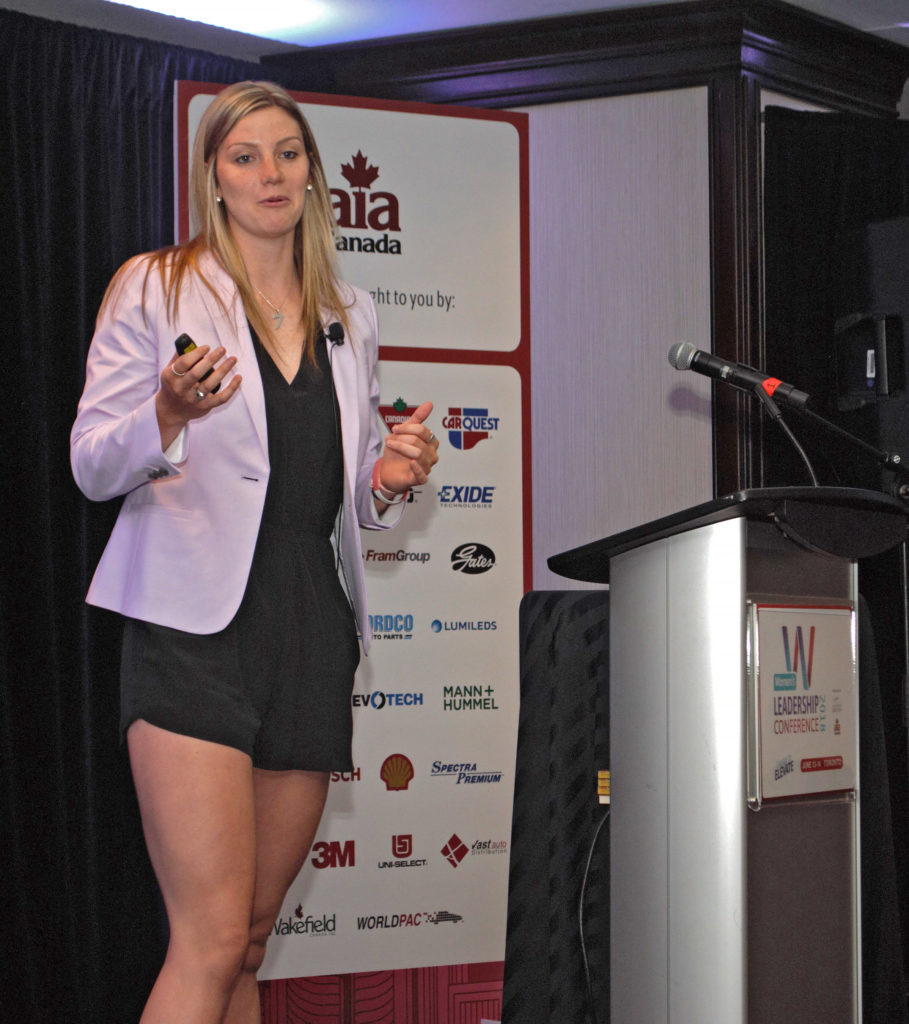 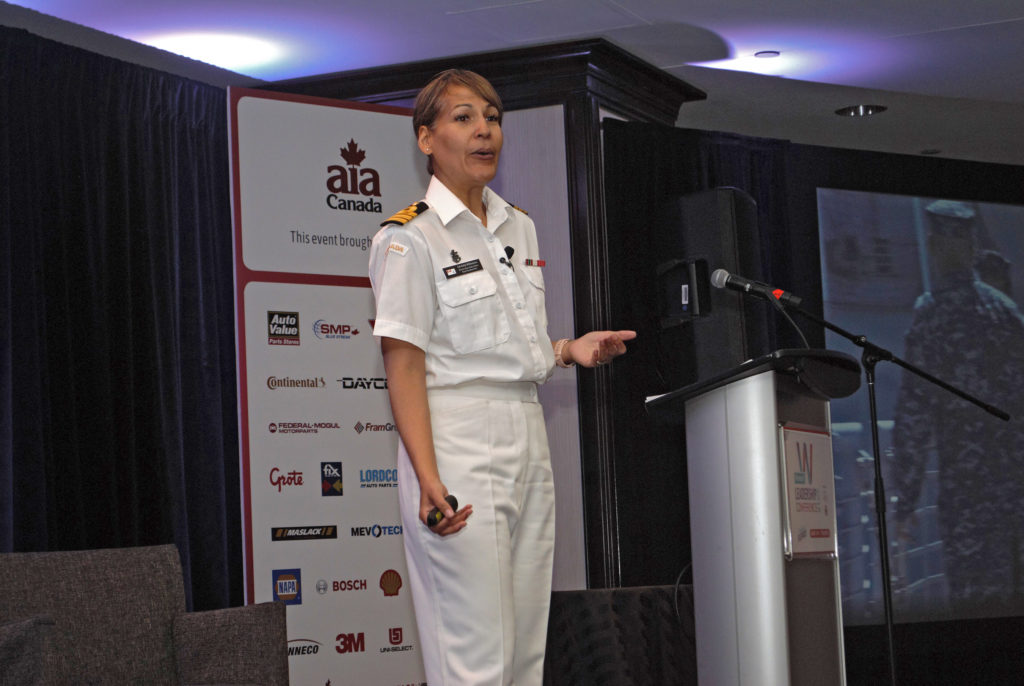 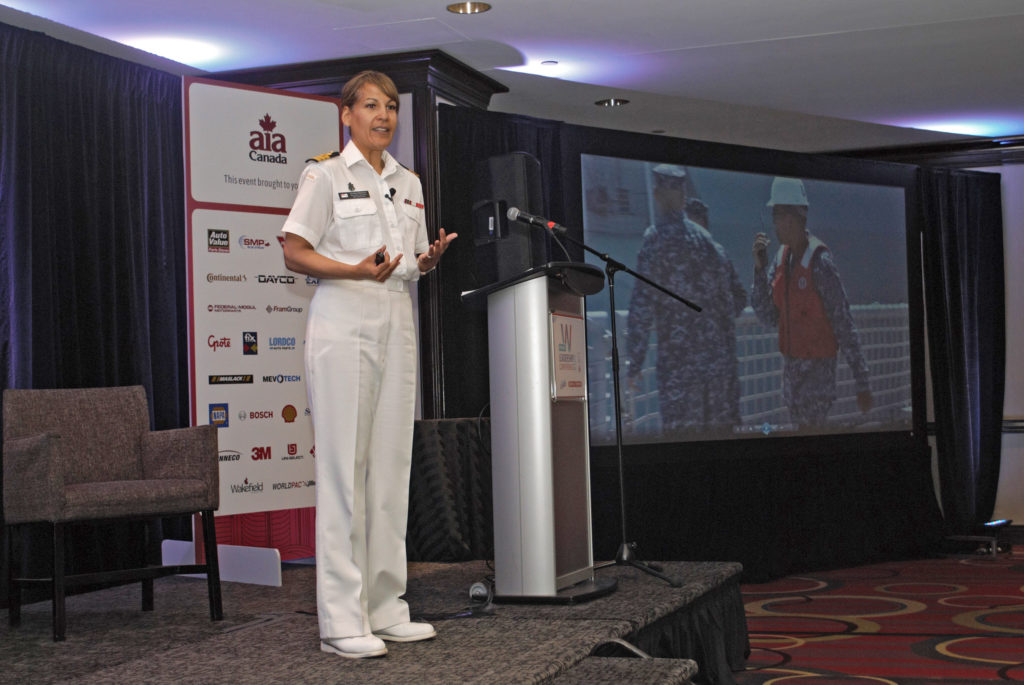 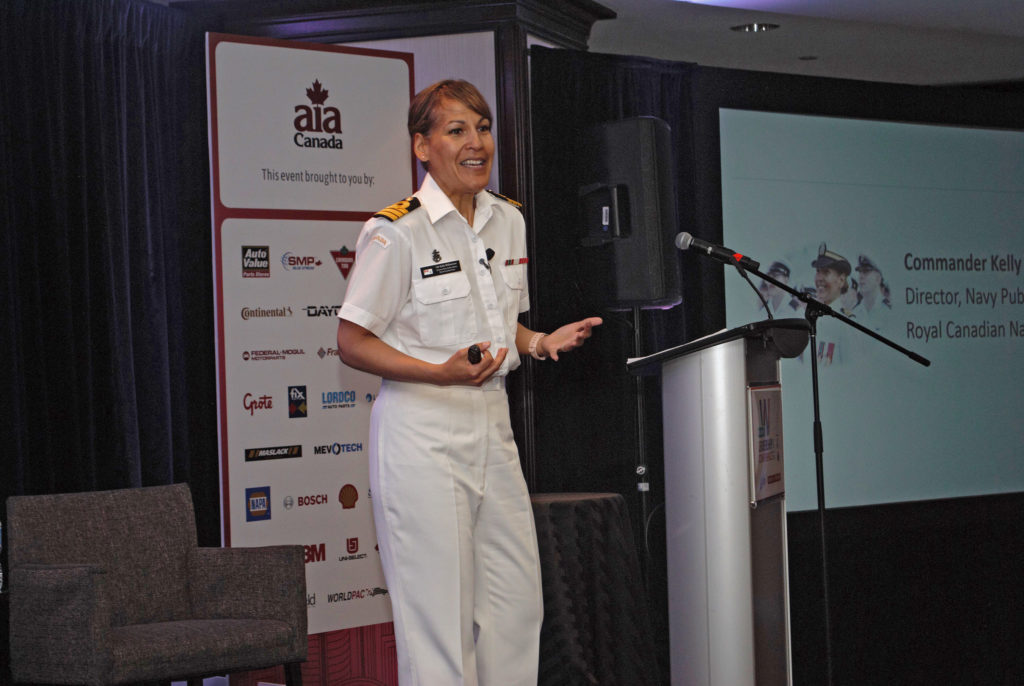 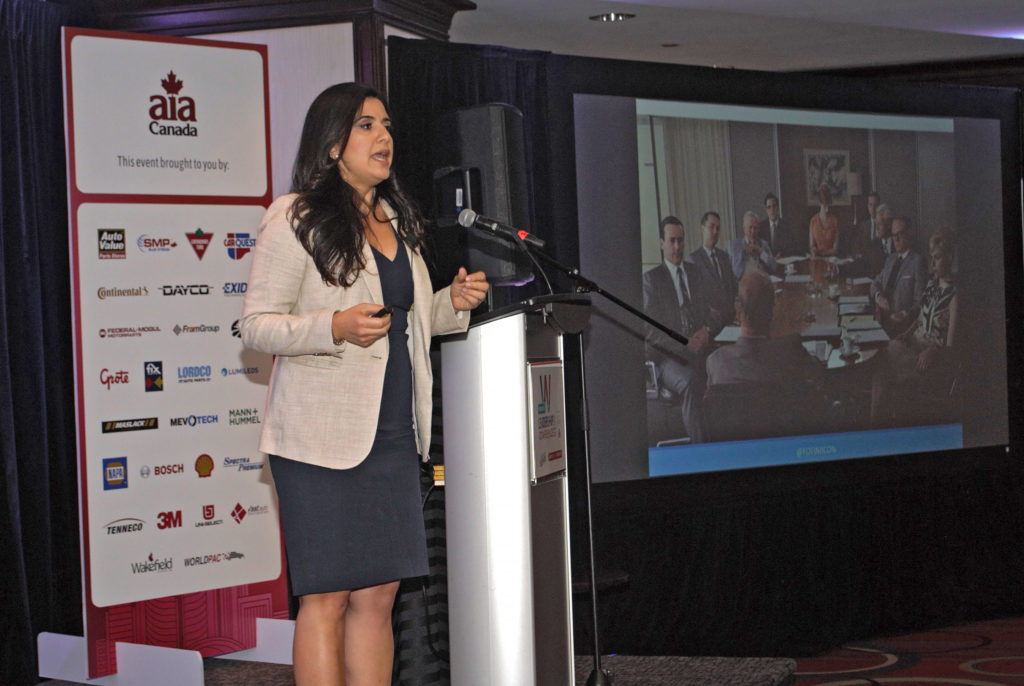 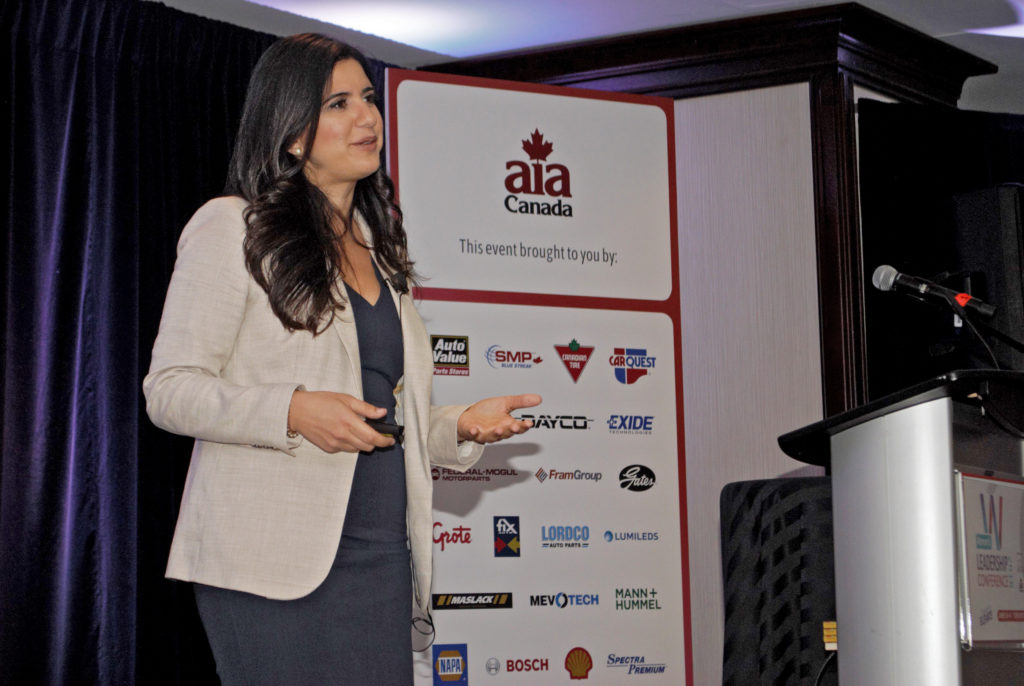 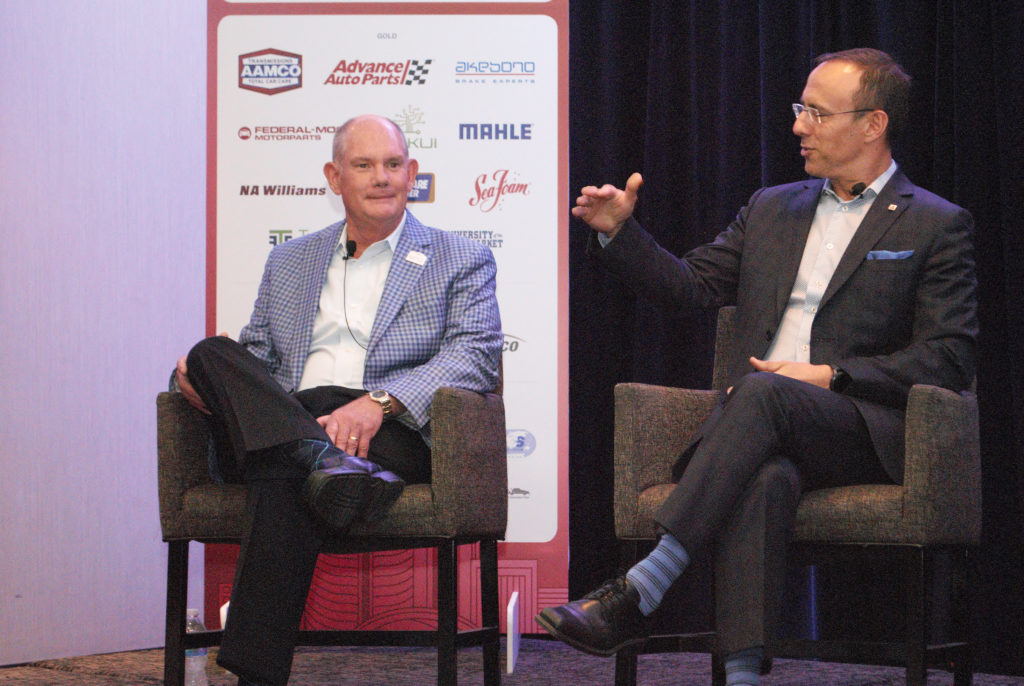 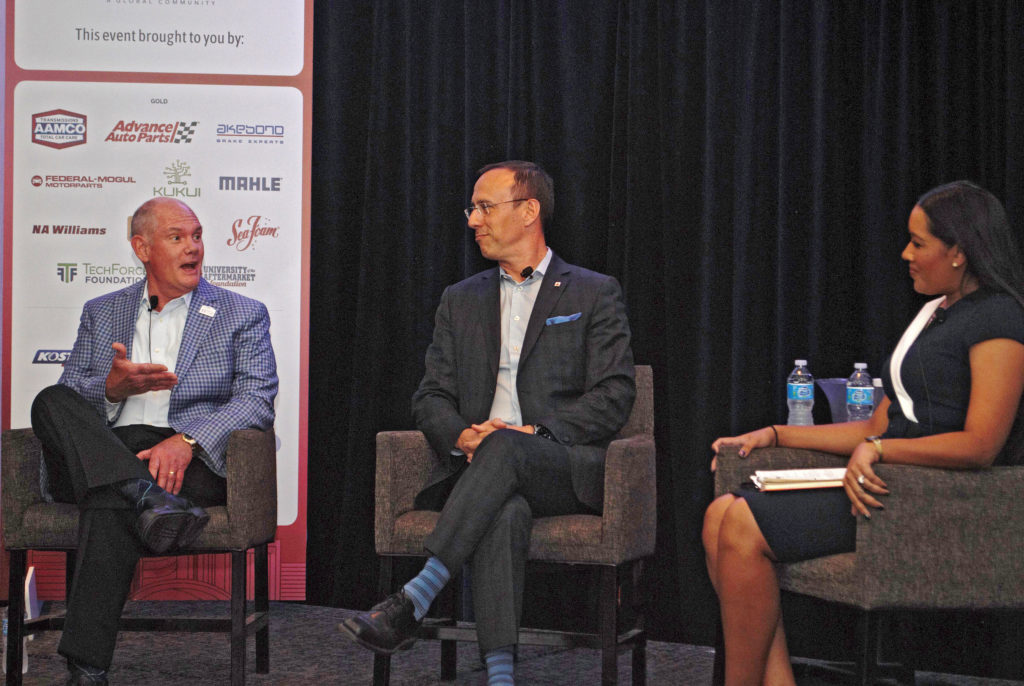 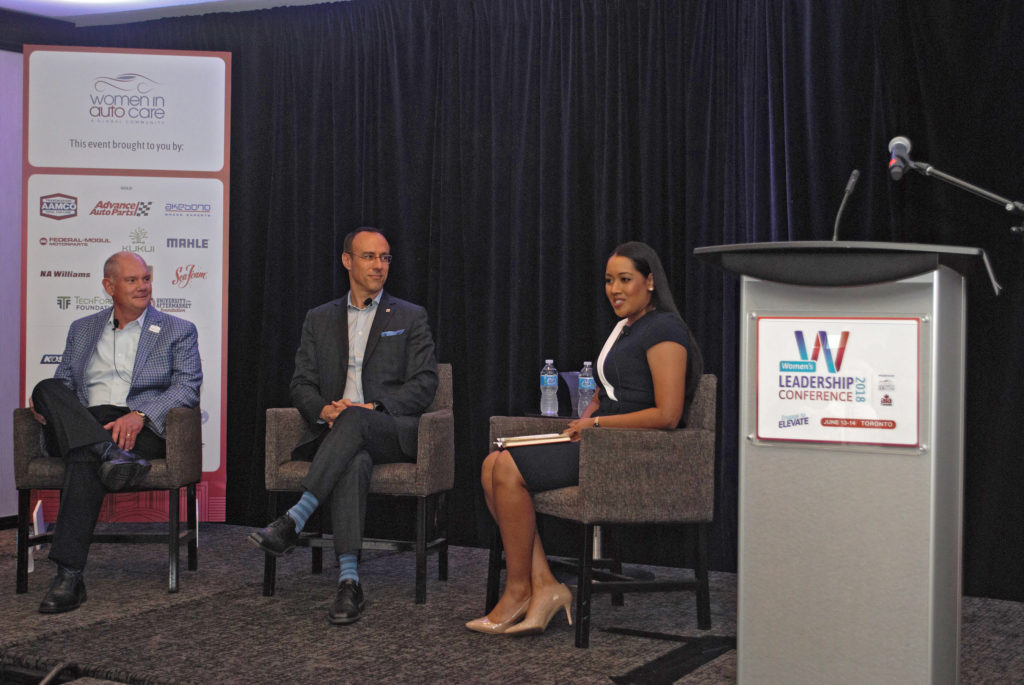 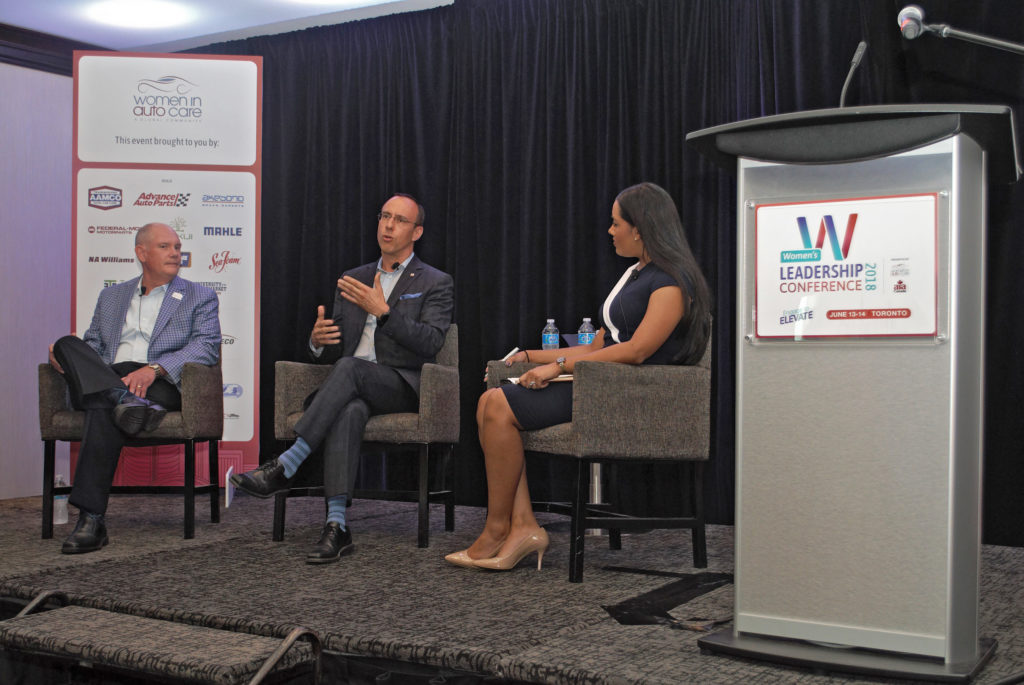 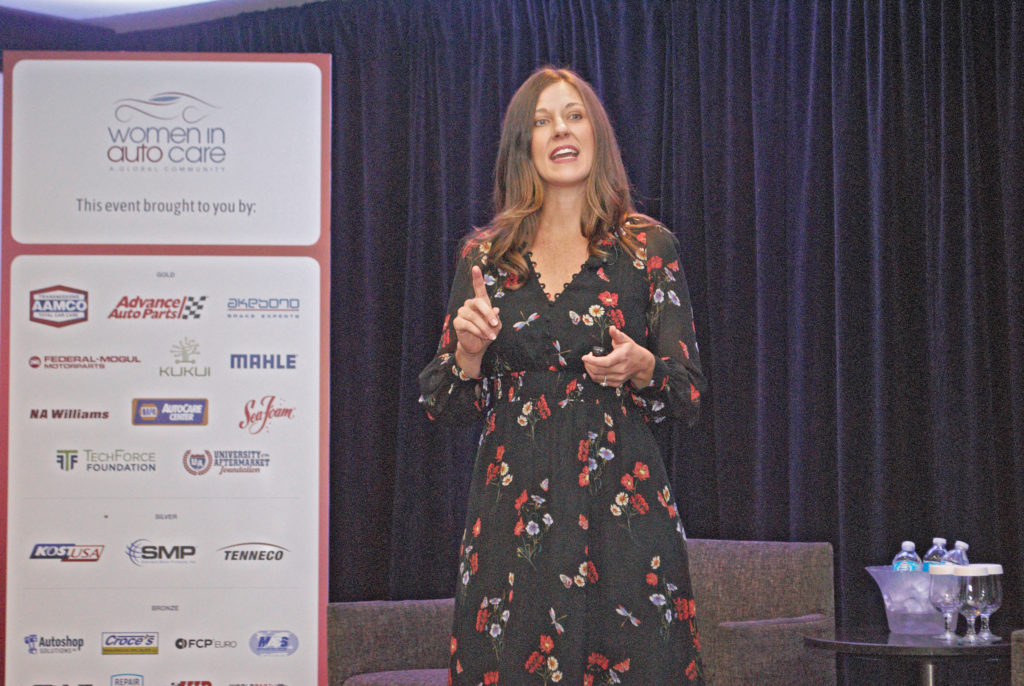 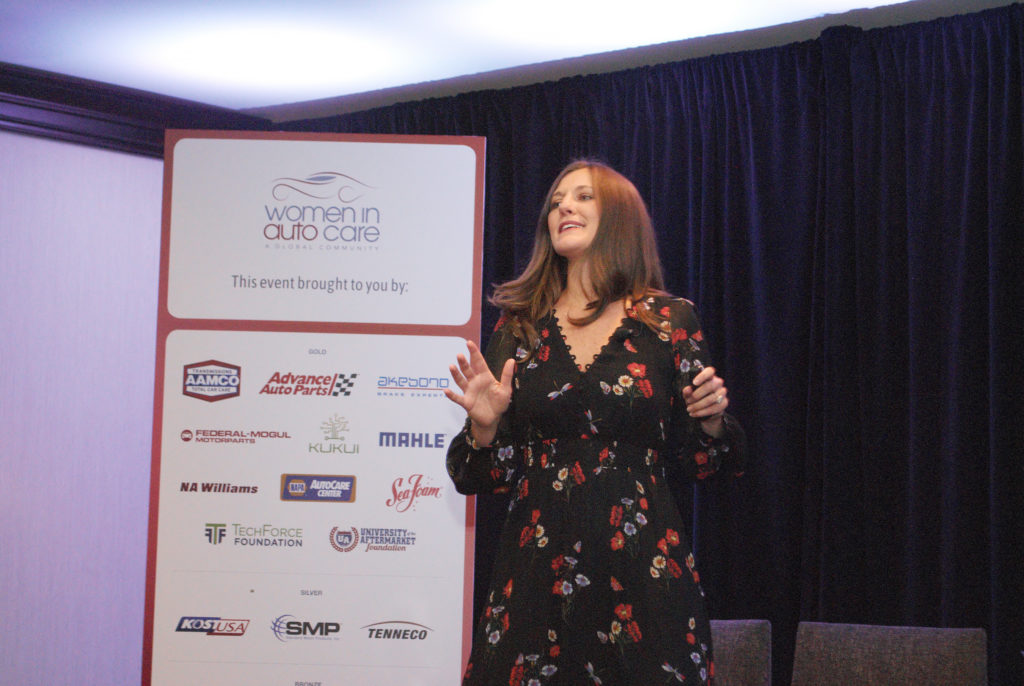 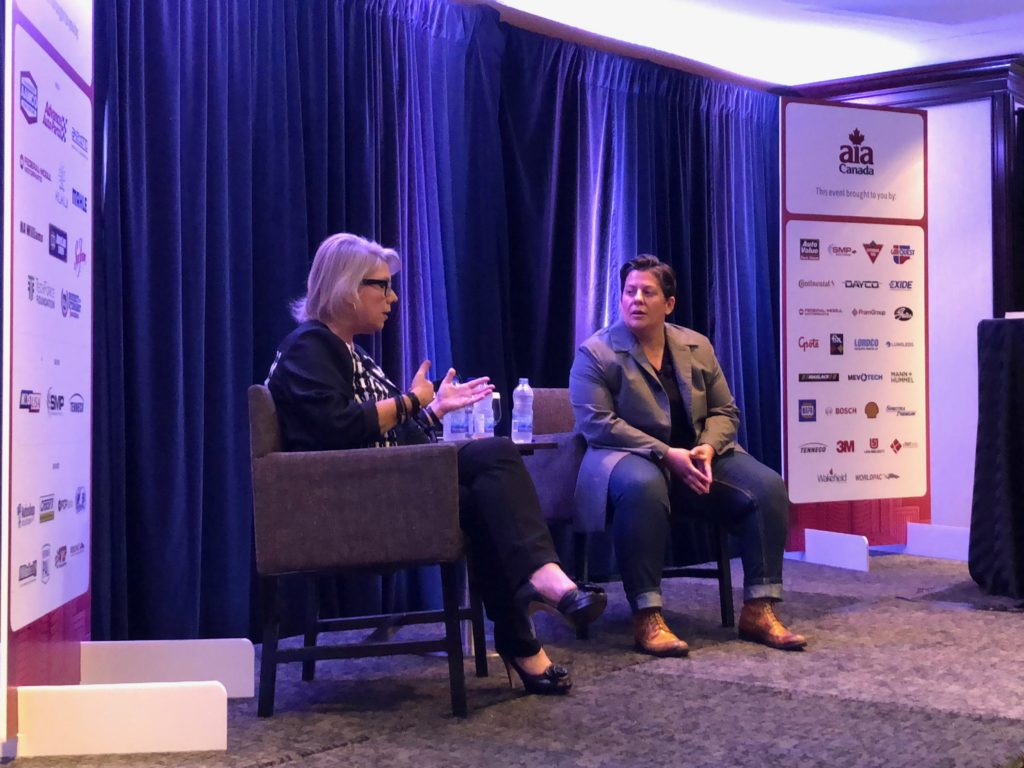 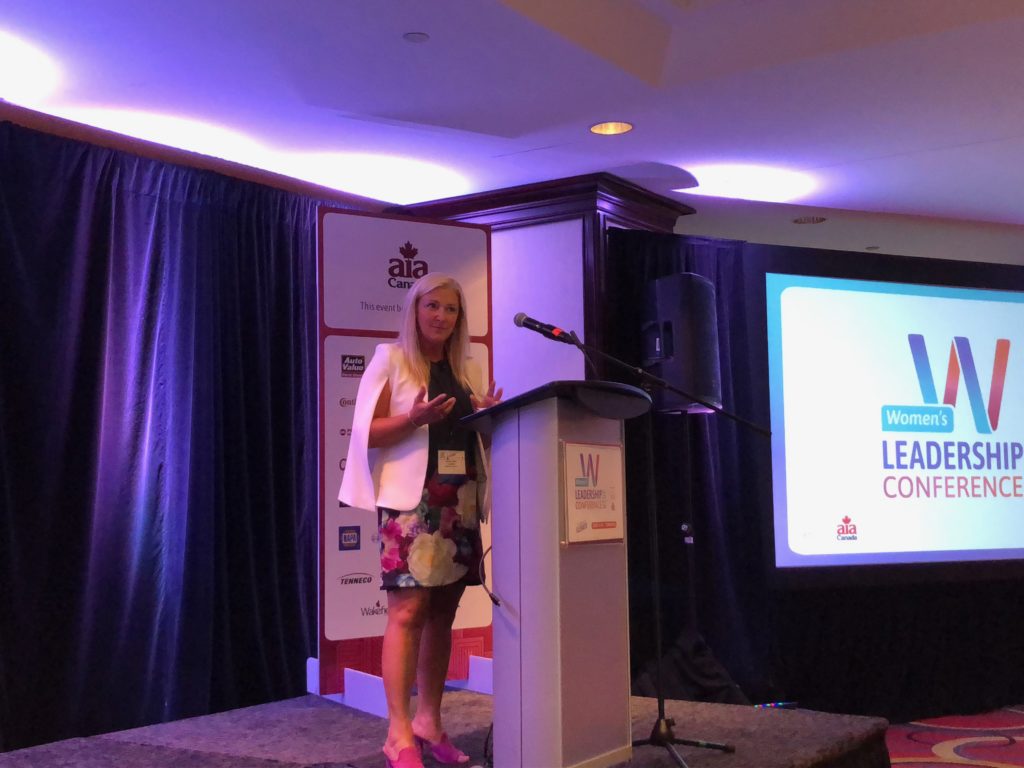 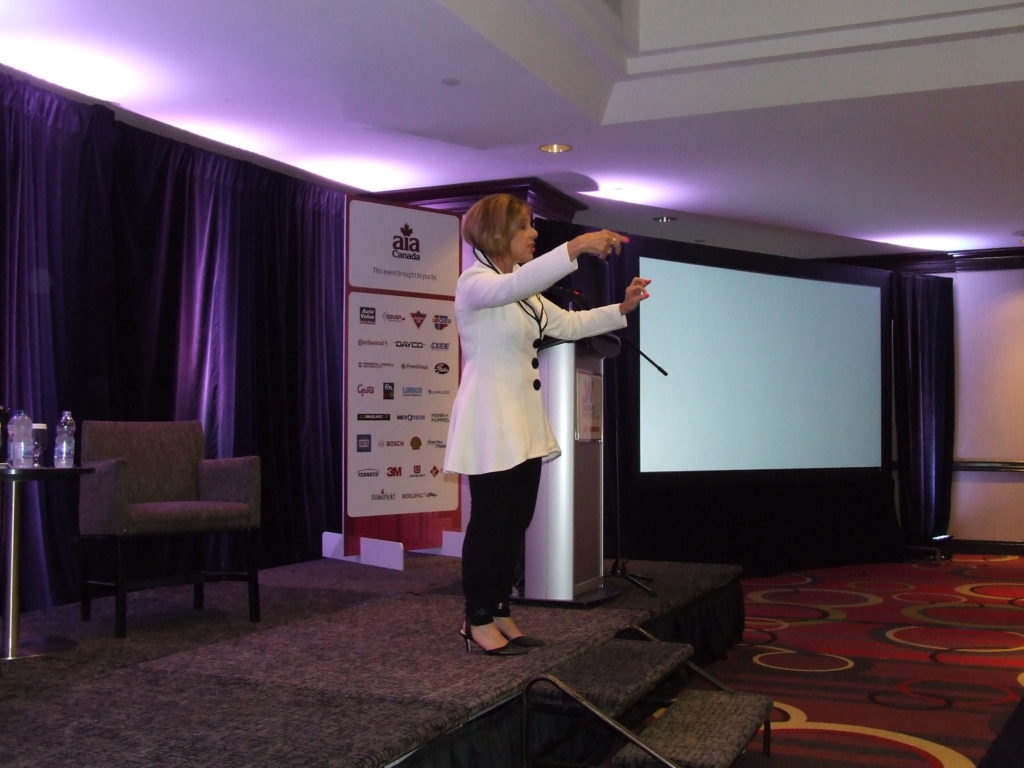 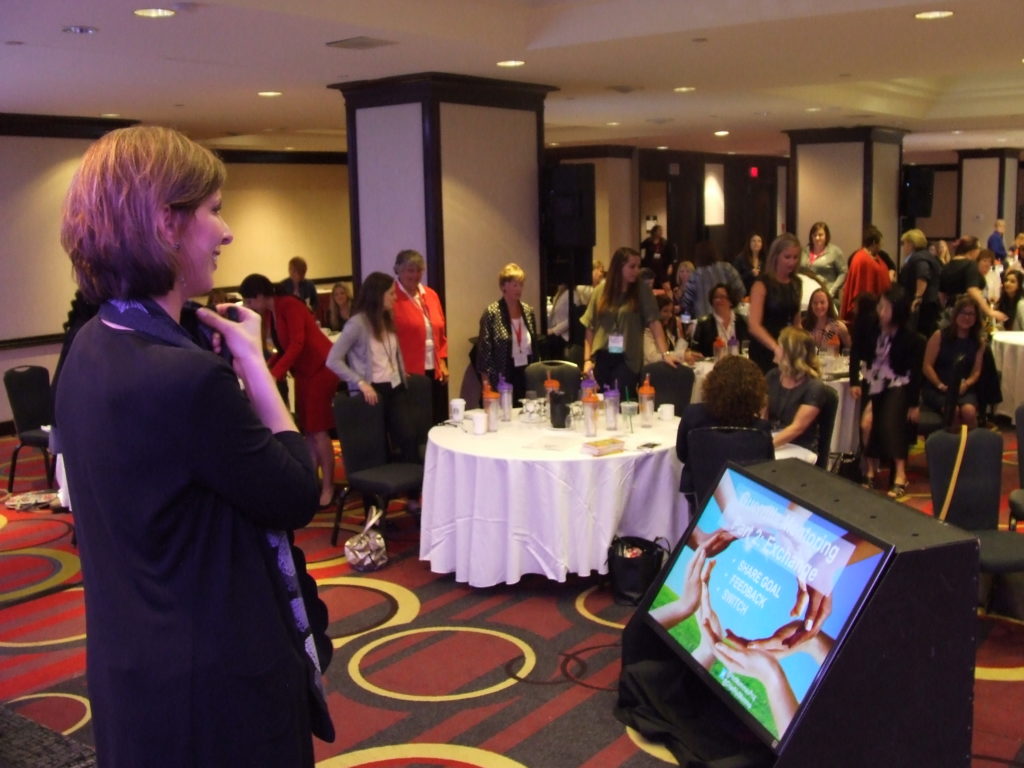 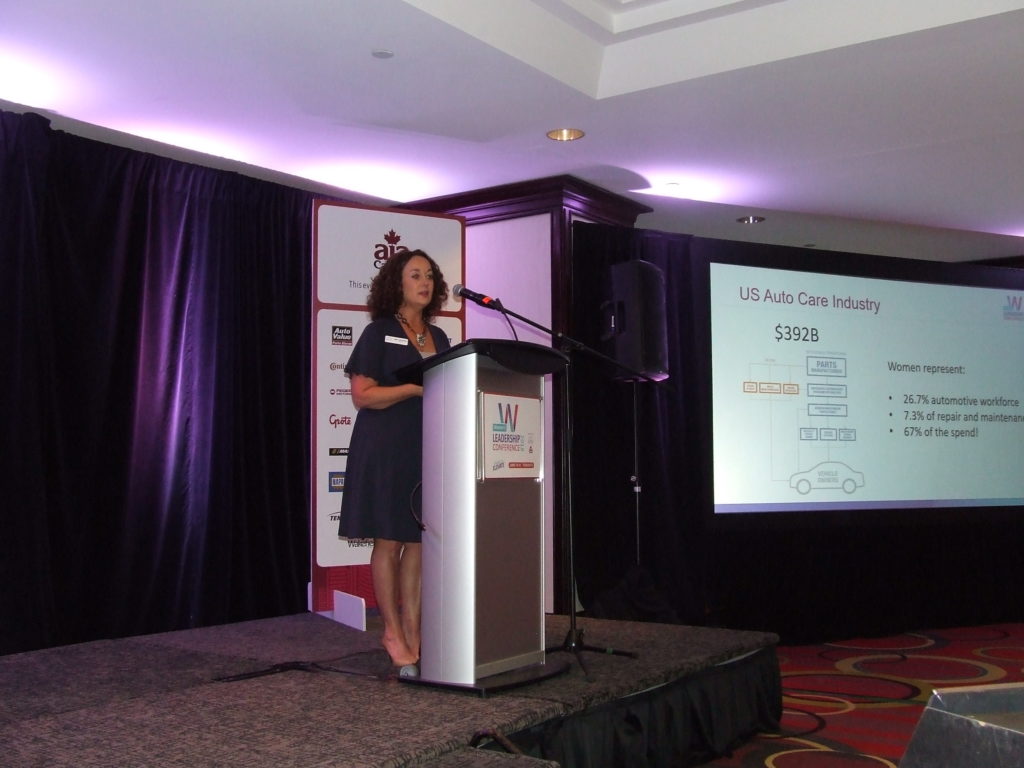 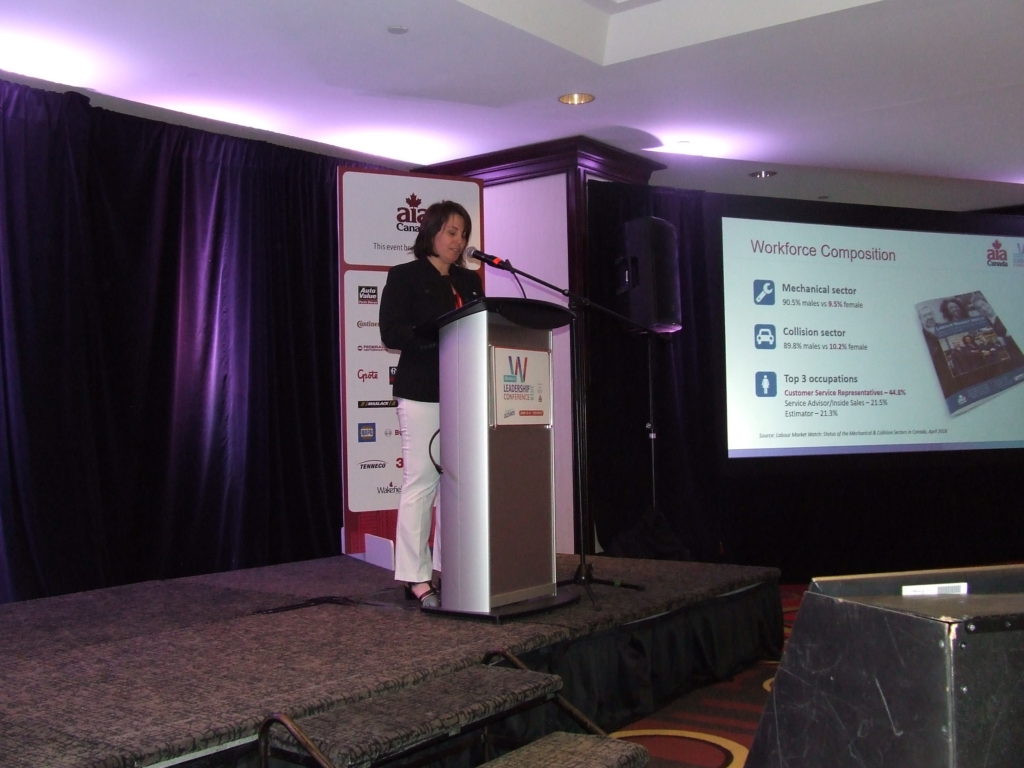