What made her stay behind the counter for 40 years?

Karen Cust of Morinville Bumper to Bumper says it was the challenge, the rewards, and, most of all, the people. 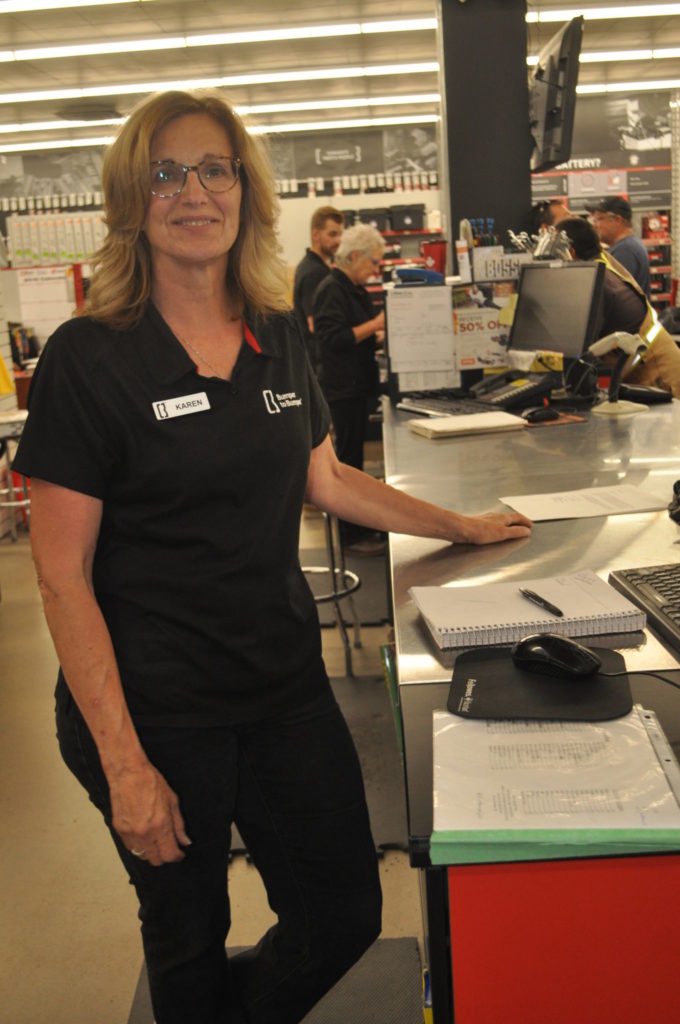 It’s 1979. A 21-year-old girl raises a cloud of dust behind her old Dodge pickup truck as she travels the backroads between Morinville, Alta., and Edmonton

The back of the truck is filled with auto parts, and she’s on her way to pick up more, windows open, wind blowing through her hair, music blaring from the radio.

Meet Karen Gibeault, on her summer break from the University of Alberta, working for Morinville Bumper to Bumper.

She had no idea that 40 years later, she’d still be working at Morinville Bumper to Bumper, and loving every minute of it.

Now she is Karen Cust, a mother of five, trusted parts expert, and manager of the store where once she was the sole employee.

Her boss, Maurice Chevalier, describes her as an integral part of the company.

“This year she will have been working for us for 40 years… with no signs of retiring,” he wrote to Jobber News. “I’m sure you’d agree this is an incredible achievement!”

Through the phone I can sense that Cust wants to roll her eyes at this. “Maurice shouldn’t have said anything,” she says. “Really!”

Actually, she thinks it might actually be more than 40 years that she’s been hauling, stacking, and selling auto parts.

“There is some question as to my actual start date,” she says. “They have it as Jan. 1, 1979. That might have been when I started full time, but I think I worked for at least one summer prior to that.”

The job certainly made an impact on her.

“I was in university, and that was my summer job… and I just stayed!” she says. “I didn’t really have much interest in cars, so I suppose it was an unusual job for me to take. But back then we had to take a lot of aptitude tests, and I always scored high in mechanical aptitude. So maybe it was meant to be.” 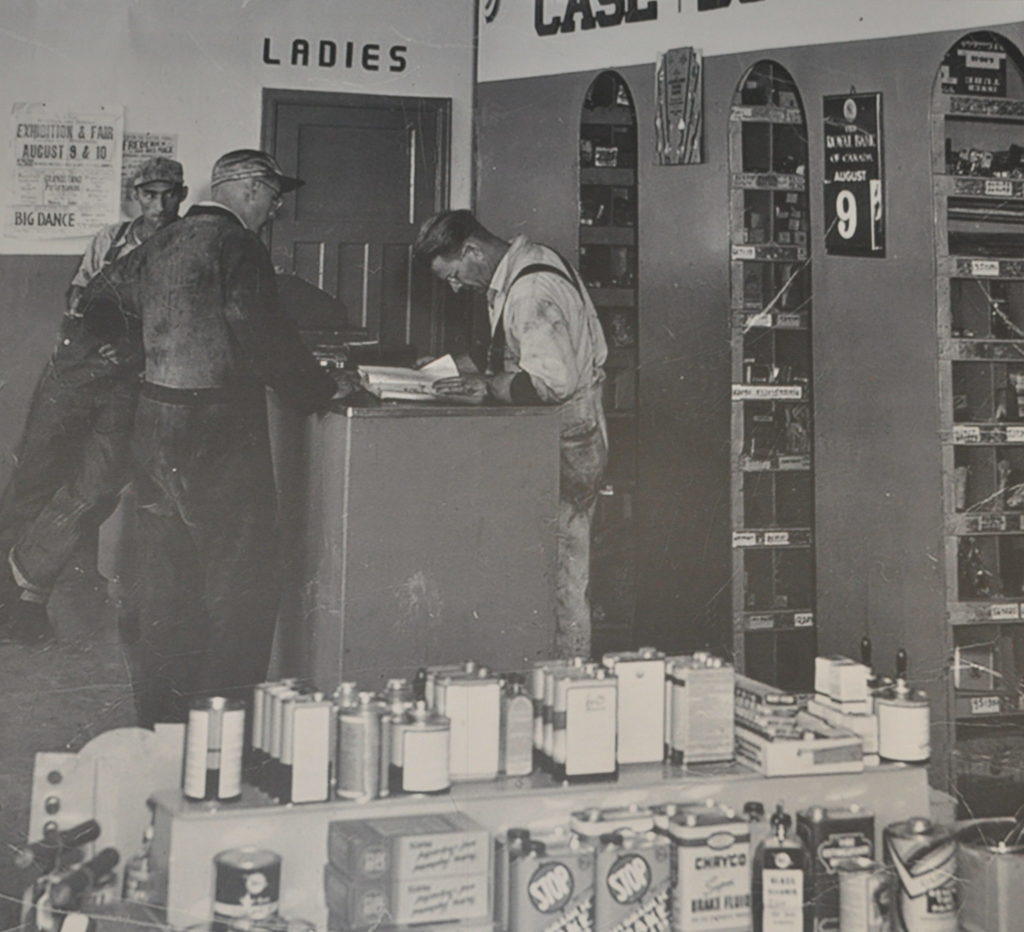 Company founder Ubald Chevalier, father of O’Neil and grandfather of Maurice, at the counter in the old shop.

Hired by Maurice’s parents, O’Neil and Simonne, Cust was first and foremost a driver, but she quickly proved capable of all kinds of duties so her responsibilities kept expanding.

She swept floors and filled shelves. She had to understand the subtleties of inventory management. In the early days there weren’t any computers to make the job easier. Everything was tracked on cards, and once a year three people had to work together to reconcile the inventory. One to check the card, one to check the shelves, and one to record the difference.

She learned how to sell parts by working side-by-side with O’Neil on the counter. Eventually she could flip through the old paper catalogues as fast as he could. He could leave her alone at the counter, confident that customers would be looked after.

Nowadays she talks like a true counterperson, rhyming off part numbers by memory and listing ancillary parts for any kind of repair job.

In the days before delivery, an important part of the job was to suggest all the relevant parts while the customer was still in the store.

“You had to make sure the customer had everything they needed so they wouldn’t come back complaining,” she says. “They only wanted to make one trip to the store. They didn’t want to make two or three trips!”

Keeping people happy was the most fulfilling part of the job.

“I loved talking to people. For the most part we’ve always had wonderful customers,” she says.

Of course there were those who questioned if a woman could do a “man’s job” and there were some she was leery of. Back then she didn’t quite know what to do about the “creepy” guys. She’d stand a little closer to O’Neill when their stares got to be too much.

“Back then I was so young, I really didn’t know how to handle that,” she says. “Now I would have no problem telling people where to go if they said something inappropriate to me!” 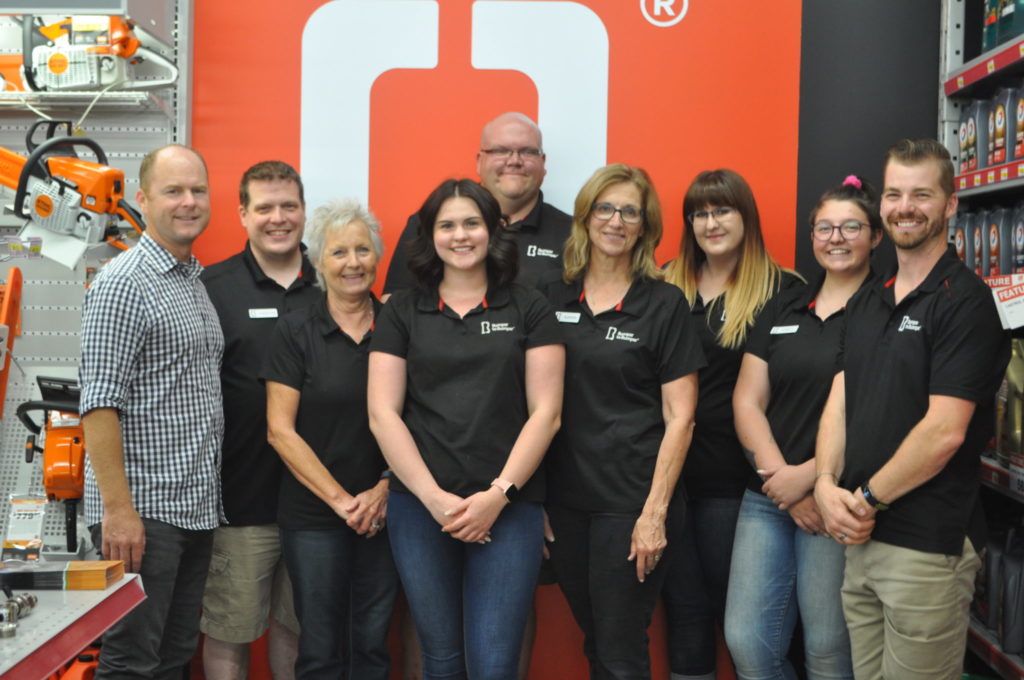 One time when O’Neil was ill, Maurice was away at school, and the only other male employee was on vacation, the shop was run by three women. Customers who came in that week were a little surprised to see no men around. In the mid- to late-80s, that was unusual.

“The automotive aftermarket has come a long way since then,” she says. “The industry has become more accepting, not only of women but of all kinds of diversity.”

Now she’s a grandmother. And, as Maurice pointed out, she’s not yet ready to talk about retirement (although she is down to four days a week now).

“I like everything about it. I like the work, the challenge, the customers. And I get to work with some great people,” she says. “The people are the best.”

You have to wonder though, if some days she wouldn’t mind being back behind the wheel of an old Dodge pickup, tearing up the back roads with the radio on!


3 Comments » for What made her stay behind the counter for 40 years?