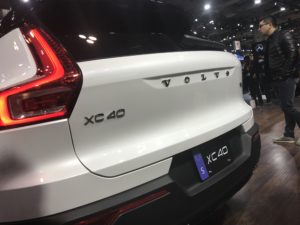 Adapt or die. That seems to be the motto Volvo is taking to heart as it announced major changes to the way it’s going to do business over the next seven years.

Whether it’s through electric cars, autonomous vehicles or a subscription service, that’s what Volvo sees as the basis of its future.

Going forward, the automaker expects half of its revenue to come from electric cars, one-third of all vehicles it sells to be autonomous and subscription services to account for to half all customer vehicles.

This will transform its connection with its customers, Volvo said, as it aims to build more than five million direct consumer relationships by the mid-2020s, creating new sources of recurring revenue.

“Our customers’ expectations are changing rapidly. This means that Volvo Cars is also changing rapidly. These initiatives will help transform Volvo from being purely a car company to being a direct consumer services provider,” said Hakan Samuelsson, president and chief executive.

Financially, Volvo expects profitability to come from a boost in sales and a broader range of vehicles.

“This paves the way for Volvo Cars to continue growing fast into the middle of the next decade,” Samuelsson said. “The company has been transformed since 2010 into a global premium car company. Now it is time for this transformation to be turned into a period of sustained profitability in line with other premium brands.”

This is the latest in a series of announcements made by Volvo.

In May, the company announced a partnership with Amazon to allow deliveries to Volvo vehicles in the U.S. Customers can download an app, link their Amazon account to their Volvo account, shop online and select “In-Car” as their delivery option. Vehicles would need to be parked in a designated delivery zone.

In late 2017, the Swedish automaker announced an agreement with Uber to provide autonomous-compatible vehicles between 2019 and 2021. At the time, Samuelsson said Volvo “chooses to be an active part” of the disruption in the automotive industry.

In the middle of last year, Volvo said it was going to electrify all of its vehicles in 2019. The moved was sparked by customer feedback, the company said.