Obituaries: A sad time for the aftermarket

Friends and family members of Chic Fox, Phil Friedlander Jr., and Jack Pohanka are mourning the loss of these industry titans. 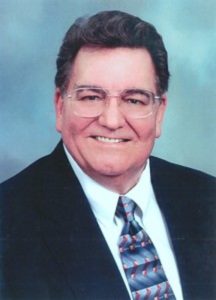 Long-time leader of the Automotive Lift Institute, Chic Fox, died at his home in Indiatlantic, Fla., on June 6 after a long illness. Fox dedicated 43 years of his life to ALI and improving automotive lift safety.

Fox was named the first president of ALI in 1974, after working 12 years in support of the organization. He retired in 2005. His leadership is credited with moving ALI onto the path of redefining industry safety requirements and establishing ALI as the safety watchdog for the North American vehicle lift industry.

“ALI would not be the organization it is today without the decades of hard work and leadership Chic provided,” says R.W. “Bob” O’Gorman, ALI president. “Millions of technicians across North America owe their safety on the job to initiatives he spearheaded with our Member Manufacturers.”

It was during Fox’s tenure that ALI moved the industry from a basic lift design standard to a performance-based safety standard approved by ANSI; developed requirements for third-party lift testing and certification; introduced the ALI Gold Certification Label; and created the first lift safety training materials including Lifting It Right.

“Chic’s friends will long remember him as an inveterate debater of matters political, editor of texts composed by others, and always warm but sometimes irascible conversationalist,” says long-time friend F.G. “Rick” Heath, ALI technical liaison and secretary of the ALI Safety and Standards Technical Committee.

Fox is survived by his wife and career partner, Anne, as well as widespread family. Per his wishes, no services will be held. 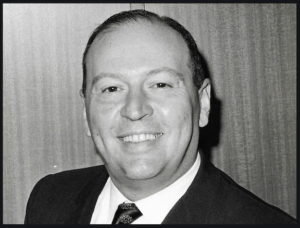 Friedlander served for 18 years as NTDRA’s top administrative official in a career that spanned four decades with the association. He joined what is the predecessor organization of today’s Tire Industry Association (TIA) in 1954 as editor of the association’s magazine, which at one point was published weekly. He later became director of public relations, then director of communications and finally general manager before being named executive vice president in 1978. He retired Dec. 31, 1996.

Under his leadership, NTDRA instituted the “Money Express” credit card and a check guarantee service for dealers; sponsored a 1983 study on the future of the tire industry by Louis W. Stern of Northwestern University; and published the book, “A Practical Approach to Improving Tire Dealer Profits,” in 1989 based, in part, on financial research directed by Robert G. Cox of the University of South Florida.

Current TIA CEO Roy Littlefield was hired by Friedlander to serve as the association’s first full-time director of government affairs.

“Throughout his 42-year career with NTDRA, Phil had a passion for the workings of government and for the well-being of the independent tire dealer and independent retreader community,” Littlefield said. “He was my mentor, counselor, teacher and friend. His vision, goals, ideas, strategic planning, writings and attention to detail continue to be a big part of today’s Tire Industry Association.”

Among NTDRA’s legislative victories under Friedlander’s leadership was the passage of voluntary tire registration for passenger tires, which previously had been mandatory.  He also was a member of the Small Business Legislative Council, a multi-industry organization dedicated to promoting the interests of common concern to small businesses, serving as vice chair and chair.

Friedlander is survived by two daughters, Dorothy Ann Friedlander and Beth Friedlander, both of Arlington, Va., and a son, James Philip Friedlander; daughter-in-law, Gina Friedlander; a brother, Robert Friedlander of Jefferson, Ga.; and two grandchildren. He was predeceased by his wife Cissy (Rosa Lee) Friedlander in 2008. 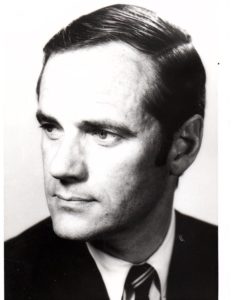 One of the founders, and a former chairman of the National Institute for Automotive Service Excellence (ASE), Jack Pohanka, passed away on May 17 at the age of 92.

“Jack Pohanka was a visionary who made an incredible impact on the entire automotive industry,” said Tim Zilke, ASE president and CEO. “ASE would not be the organization it is today without the leadership and guidance of Jack. One of his many contributions to the success of the automotive world was to volunteer his time and provide his expertise to numerous industry organizations, including ASE. On behalf of everyone at ASE, we honor his memory and send our sincere condolences to the Pohanka family.”

As chairman of the Pohanka Automotive Group, Pohanka became the company’s dealer principal in 1958 after the death of his father, Frank. The family business was founded in 1919 and is one of the nation’s oldest dealership groups. Today, with 17 new-vehicle stores and one non-franchised store, the company employs approximately 1,600 people in four states (Maryland, Virginia, Delaware and Texas).

Pohanka was involved in several other national and local industry and business groups, including serving as president of the National Automotive Dealers Association (NADA). He was the first U.S. auto dealer to sell both foreign and domestic vehicles and was named an Automotive News Visionary Dealer in 2009.