Kukui webinar examines how you charge for your services 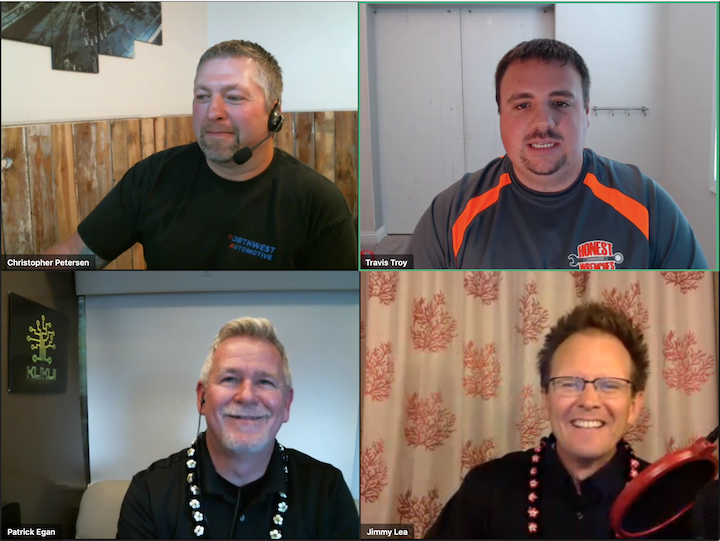 About half of the independent shop owners on a recent webinar hosted by Kukui felt they could charge as much as or more than new-car dealerships do for their services.

The webinar, designed to look at how shop labour charges are calculated, pointed out a number of ways aftermarket shops outshine dealership service departments.

“Independent shop owners feel they have to be faster or better than the dealer, but that’s not necessarily the case,” said Christopher Petersen, owner of Northwest Automotive in Kalispell, Montana, and one of two shop owners invited to share their views on the subject. “If you have better one-on-one relationships, you can charge for that.”

Petersen pointed out that consumer dissatisfaction with dealership is not mainly about the price.

He described the difference in dealership prices versus independent prices as a “framing issue.” He said shop owners need to be aware of their strengths and charge accordingly for them.

The other shop owner on the webinar, Travis Troy of Honest Wrenches in Des Moines, Iowa., said people simply want to be treated properly when they bring their vehicles in for service.

He said some of the practices he observed at a local GMC dealership would have been “a fireable offense” at most independent shops.

“We are not another option. We are the best option,” he said. “If we think of ourselves as an alternative, we are the same as them. Most of them offer 12,000 / 12-month warranty on their work? Most independent shops are way above that!” 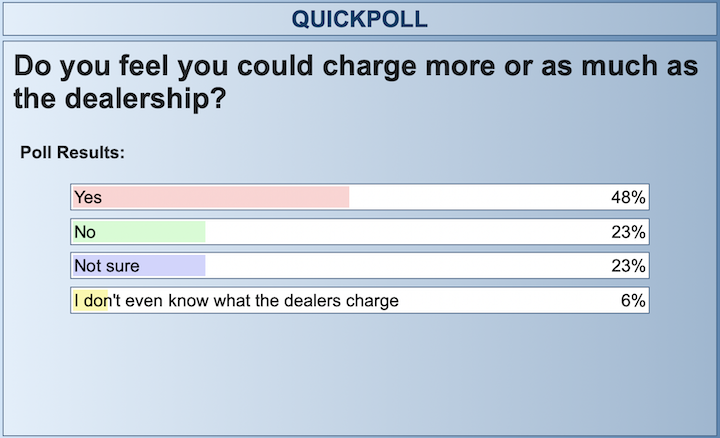 They were joined on the webinar by hosts Jimmy Lea and Patrick Egan of Kukui, who conducted quick polls of attendees to gauge their positions on price-related topics.

The webinar was recorded and is expected to be posted at the Kukui website.