How these aftermarket execs are recruiting and retaining 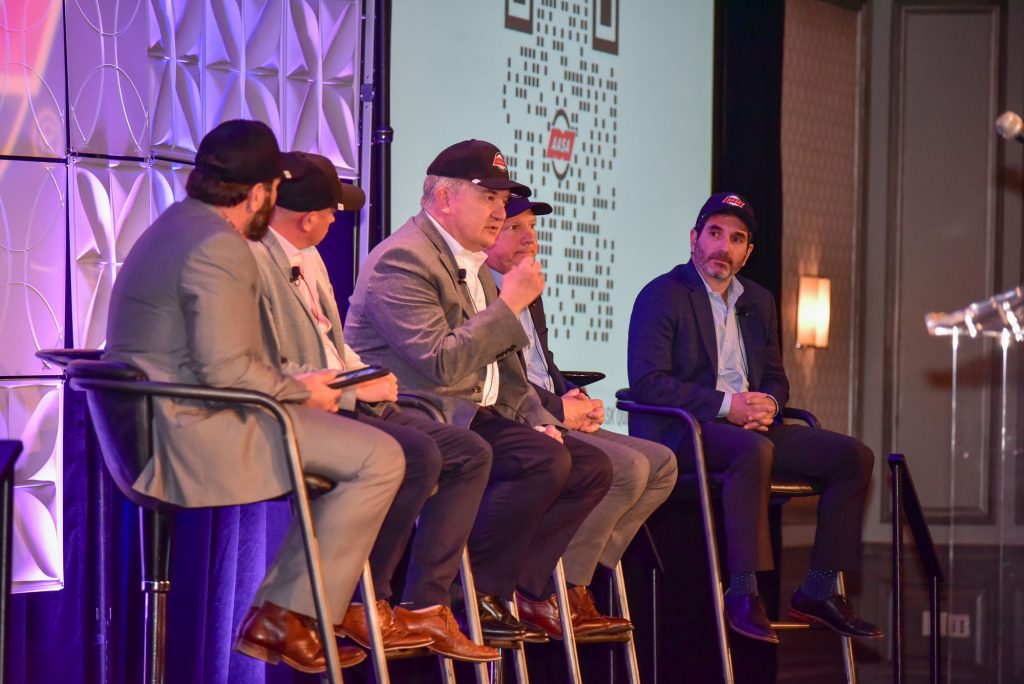 It’s hard enough to find people to work for you. Keeping them? That’s another battle, automotive aftermarket industry executives suggested during a recent conference.

For Mike Carr, chief executive officer of Cardone Industries, getting people to work for his company has been a big challenge, though it has gotten better thanks to some new ways of doing things.

“We had to do some things there that were maybe a little bit unusual for us,” he said during the recent Automotive Aftermarket Suppliers Association Vision Conference in Detroit.

“I think the first thing we had to do was recognize that we were not just competing with other manufacturing jobs — we were competing with Target and other retailers and folks like that for people. We didn’t usually think of them as [companies] we had to compete with.”

Another strategy Cardone undertook was getting ahead of their hiring plan. So begin hiring before they actually planned to originally as business grew, Carr said during the session, Supplier Pain Points: A CEO Panel.

As for keeping people around, that’s the next big challenge. “There’s a lot of effort around talking to our employees, surveying our employees more than normal … because we’ve had to do it to make sure that we’re meeting their needs,” Carr said.

Cloyes Gear & Products also found surveying staff helpful. “And that’s a real good way to make sure we’re all on the same page,” said John Hanighen, chief executive officer at Cloyes. “If someone in the plant needs a tool, I want to know about it. If someone’s unhappy about overtime [I want to know].”

“The only way for us to be nimble and quick is to get the information as fast as we can [to] the folks leading our company,” he said on the panel. “And while they probably walk out of the room mumbling under their breath about me that ‘I have a meeting every day,’ I think that we’ve benefited from it. And we’ve really tried to keep people focused. That’s a pretty important word, I think. Focused on service, quality, coverage … the things that our customers want from us and not be distracted by other things.

“I think we’re almost sick and tired of many surveys and additional interaction. But the trick is to show action from the feedback.”

The key thing about doing surveys is acting on them, noted Ben Smart, vice president of aftermarket for North America at ZF Services.

“I think we’re almost sick and tired of many surveys and additional interaction. But the trick is to show action from the feedback,” he said.

One action that stemmed from the feedback was instituting a four-day workweek at one of ZF’s facilities in response to employees’ desire for more flexibility.

“If I was to be told that ZF would be introducing four-day work weeks three years ago, I probably would have eaten this hat,” he joked. “It’s things like that. You’ve got to you’ve got to take advantage of getting that greater information. You’ve got to act on it. Because otherwise people do become tired of constantly doing feedback and they’re not getting responses.”

Cloyes found success in offering a referral bonus to staff if they recommended someone to the company and they ended up being hired.

One strategy Cardone undertook was ensuring the company had a diverse workforce. They reached out to a local support group and one of the more recent trends has been hiring Afghan refugees who have settled in the area.

“If you’ve been to one of our factories, the diversity is just unbelievable. We have 30 or 35 languages spoken down on the shop floor,” he said. “And so then someone who’s from outside the country feels comfortable when they see a lot of different people there. And I think that’s [something] we’ve really taken advantage of.”