BY THE NUMBERS: What we learned in August 2018

As seen in the most recent issue of CARS magazine, here are some statistics that put the North American automotive aftermarket into perspective. 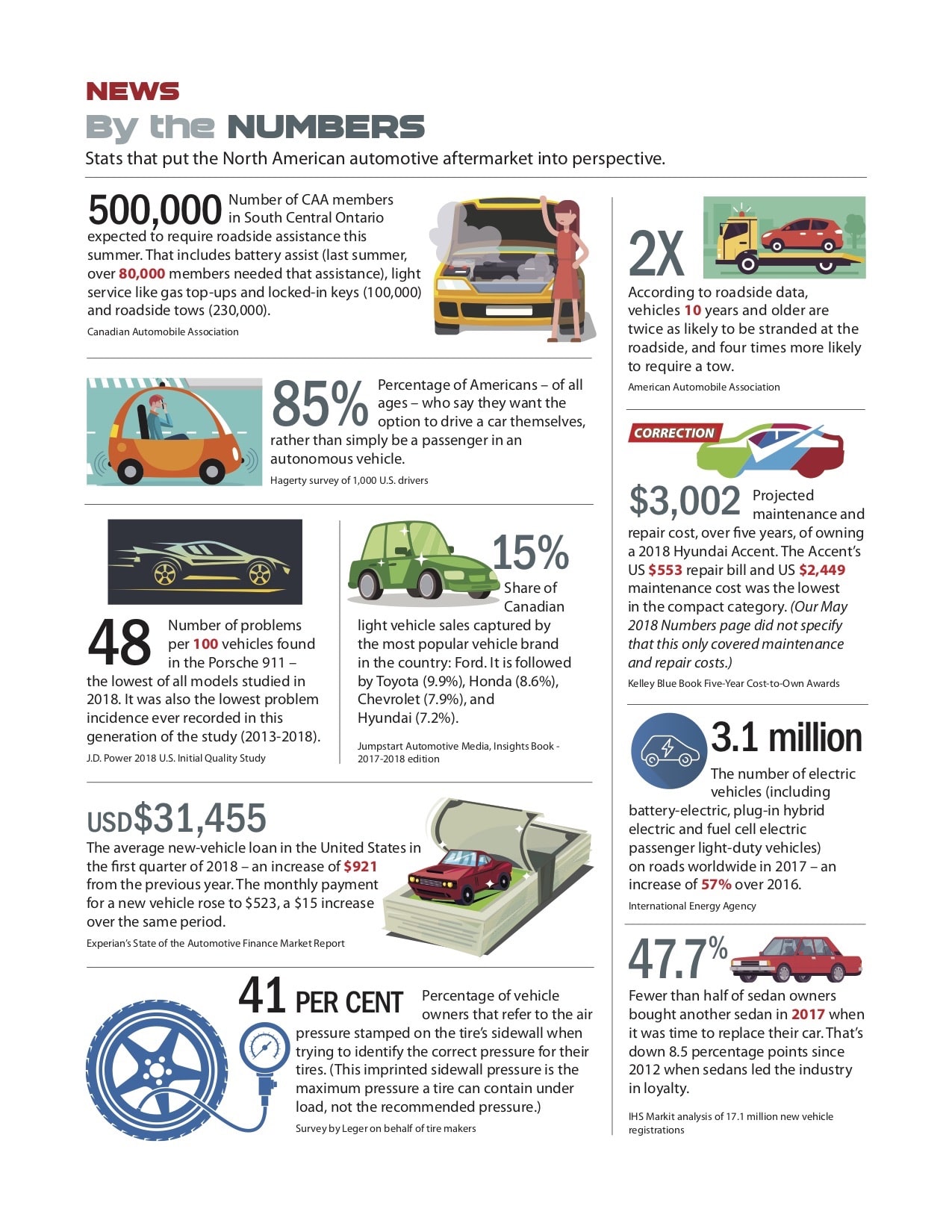 Percentage of Americans – of all ages – who say they want the option to drive a car themselves, rather than simply be a passenger in an autonomous vehicle.

According to roadside data, vehicles 10 years and older are twice as likely to be stranded at the roadside, and four times more likely to require a tow.

Number of problems per 100 vehicles found in the Porsche 911 – the lowest of all models studied in 2018. It was also the lowest problem incidence ever recorded in this generation of the study (2013-2018).

The average new-vehicle loan in the United States in the first quarter of 2018 – an increase of $921 from the previous year.The monthly payment for a new vehicle rose to $523, a $15 increase over the same period.

The number of electric vehicles (including battery-electric, plug-in hybrid electric and fuel cell electric passenger light-duty vehicles) on roads worldwide in 2017 – and increase of 57 percent over 2016.

Percentage of vehicle owners that refer to the air pressure stamped on the tire’s sidewall when trying to identify the correct pressure for their tires. (This imprinted sidewall pressure is the maximum pressure a tire can contain under load, not the recommended pressure.)

Survey by Leger on behalf of tire makers

Fewer than half of sedan owners bought another sedan in 2017 when it was time to replace their car. That’s down 8.5 percentage points since 2012 when sedans led the industry in loyalty.