Next challenge for this innovative shop owner? Retirement! 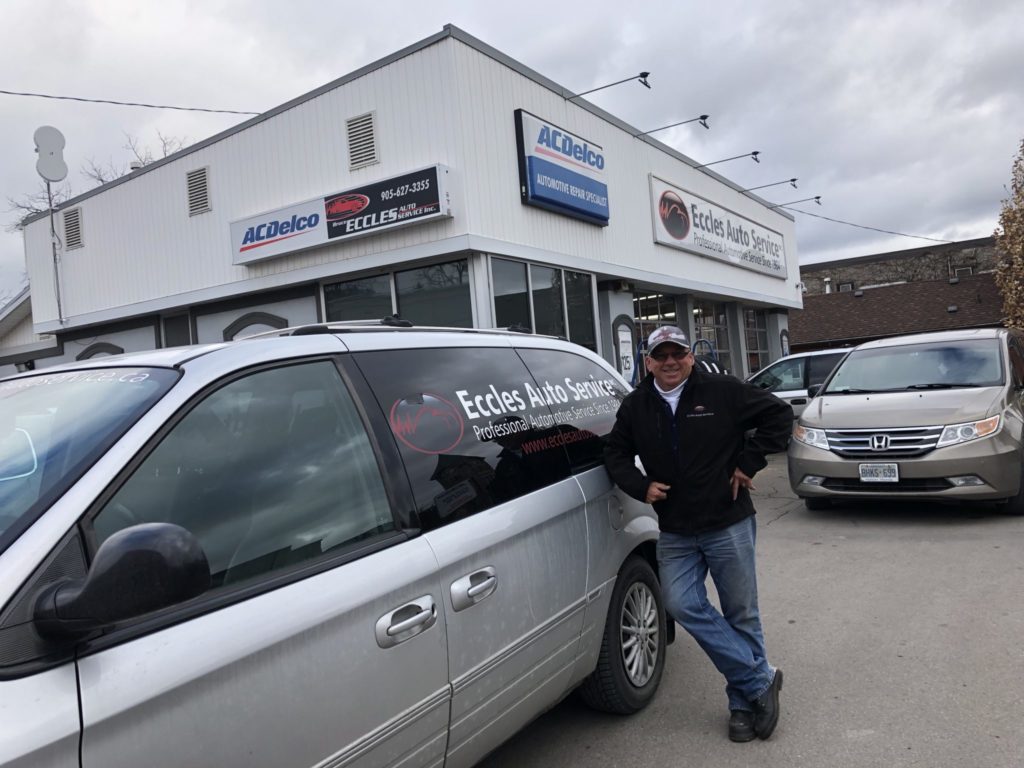 Since 1975, Bruce Eccles has kept ‘the valley town’ of Dundas, Ont. moving.

The owner of Eccles Auto Service has flourished in five different locations in and around his hometown over the years. The business now includes a tire warehouse and two fully-functioning shops with a total of nine bays and room to work on at least 14 vehicles, all serviced by a single customer reception.

His son, Scott, is running the business now, and they have a top-notch staff in place, firing on all cylinders. So this year, after 44 years in the auto repair business, Bruce is calling it a career. 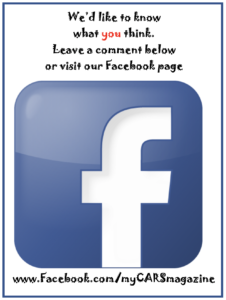 “It has been a good run. I’ve loved it all,” he says over lunch. “I especially love dealing with people. You know, if I’ve learned anything, it’s that it’s all about the relationships.”

A few years ago, Eccles almost took an abrupt exit from the industry – and everything else too – when he was involved in a very serious motorcycle crash. While he was laid up in hospital, his business continued to thrive.

“When I came back, after six or seven months, the place was running perfectly,” he says. “Everyone really stepped up. That’s when I knew that I didn’t have to be as involved anymore.”

So he’s going to take it a little easier. He’ll take more time off. He and his wife, Claire, will travel more. Technically, he’ll still be on the books for a couple of years, but his intention is to be less visible around the shop.

A frequent contributor to CARS magazine and its predecessor, Canadian Technician, Eccles could always be counted on to offer an opinion on industry trends. His expertise will be missed by the entire industry.

In what turned into something of an “exit interview,” Eccles offered the top 10 lessons he’s learned from his decades of experience.

For too long shop owners were tempted to do little job (and big ones too) under the table, or on the side. It may have been common practice once, but it doesn’t make any ethical or fiscal sense anymore.

“You can’t do cash transactions under the table. That’s old, old, old school,” says Eccles. “You have to run completely above board. And that means paying yourself properly through the books, too. That way, at the end of your career, your business has real value. You can show it in black and white.”

“You can good make money fixing cars,” Eccles says, “but the best decision I made was one I was forced into, when I bought property.”

Over the years, he has bought a number of properties, and it always felt like a risk. As the decades passed, though, it became clear that his investments were rock solid and extremely profitable.

“Buy the property you’re on,” he urges shop owners. “Buy it! It gives you far more control over your expenses. When you lease, you aren’t controlling your expenses. You’re at the mercy of the landlord.”

“You encourage people to take their vehicles to experts for repairs and service. You need to go to the experts for the goods and services you need,” he says. “Don’t try to save money, it will come back to bite you. Go to a good accountant, a good lawyer, a good business coach. Get proper automotive management software. Spend the money. You’ll come out ahead in the long run.”

There will always be new technology coming down the ‘pike. You can’t have an anxiety attack every time a car maker introduces a new way to do things.

“My specialty was carburetors. I could take them apart with my eyes closed. That was my specialty. When they went away everyone got worried. Everyone panicked whenever there was a major change in technology, but it never turned out to be a problem,” he says.

He recalls that the industry was particularly worried about front-wheel-drive.

“I don’t know why we were so worried. We were afraid of a CV shaft. Who knew how simple they are! That shows me we don’t have to worry so much about what’s coming up now,” he says. “When they brought out distributorless ignition on General Motors vehicles, you would have thought the world was coming to an end! People said, ‘How are we going to diagnose this? How are we going to fix this? There’s no points!’ But you know, you train the guys, and they learn. That’s it.”

Eccles believes there will always be an aftermarket because carmakers can’t fix all the cars they build.

“It’s impossible! And if someone has to fix them, why not us?”

Eccles is adamant that shop owners can’t work in the back and the front at the same time.

“The old days, when you come out from the back, wiping your hands on a rag to talk to customers, that’s long, long gone. It should have been gone sooner,” he says. “No one is saying you can’t fix cars anymore. If you love working on cars, hire someone to be out front for you. If you love being out front, hire someone to fix the cars. You can’t do both.”

A lot of guys resent having to go to training, or having to send their techs to training,” he says, “but it is always worth it to increase your knowledge.”

He believes the cost of not training is far higher.

“My philosophy was always that I wanted to fix the cars that are rolling off the production line today, not 10 years ago. Today!”

“That’s really important. He has long-standing relationship with his equipment suppliers and they have given him a lot of value over the years.

“Cheap fly-by-night companies don’t help you, they don’t stand behind their equipment,” he says. “When it breaks, you have to just replace it. You can’t even fix it.

Even in the early days of diagnostic equipment, he jumped in with both feet, purchasing an Allen Smart Scope. “That thing is so obsolete now, it is ridiculous, but it was cutting edge back then! And it cost me $45,000. That’s a big investment, but it paid for itself. A lot of things happened because of that scope.”

His customers loved the reports it generated, and it built trust in his capabilities.

That early Allan Smart Scope was not just a tool for the shop, it was a marketing program.

“I let people know that I had a machine that very few shops had back then,” he explains. “Local customers were very impressed, and other shops took notice too! Vehicles started showing up from other shops for him to diagnose.”

The equipment allowed him to sell his team’s skills.

“I know I had a kind of a flair for it. It is really important when you’re establishing your business. You have to find ways to make your shop stand out.”

“In this industry we tend to have no pension. Putting some money away is so important. You have to find a way to make that happen so that when you retire you won’t struggle.

“It’s horrible how much we tend to put ourselves down,” he says. “If we had any sense at all, we would look at dentists, and lawyers, and doctors, and take a page from their playbook. They’ve got it figured out. They’re seen as professionals, and we should too!”

He says the average shop grossly undercharges for its labour.

“We’re charging $120 an hour? It should be double that. Or more! We need to go from being seen as a trade to being seen as a profession, and I’ve been saying that for years.”

The more he talks, the more animated he gets, and you start to doubt he really will retire at all. But then he leans back in his chair.

“I love the industry, and I’ll probably miss it some time,” he says. “But it will be good not to be so busy anymore.”


1 Comment » for Next challenge for this innovative shop owner? Retirement!