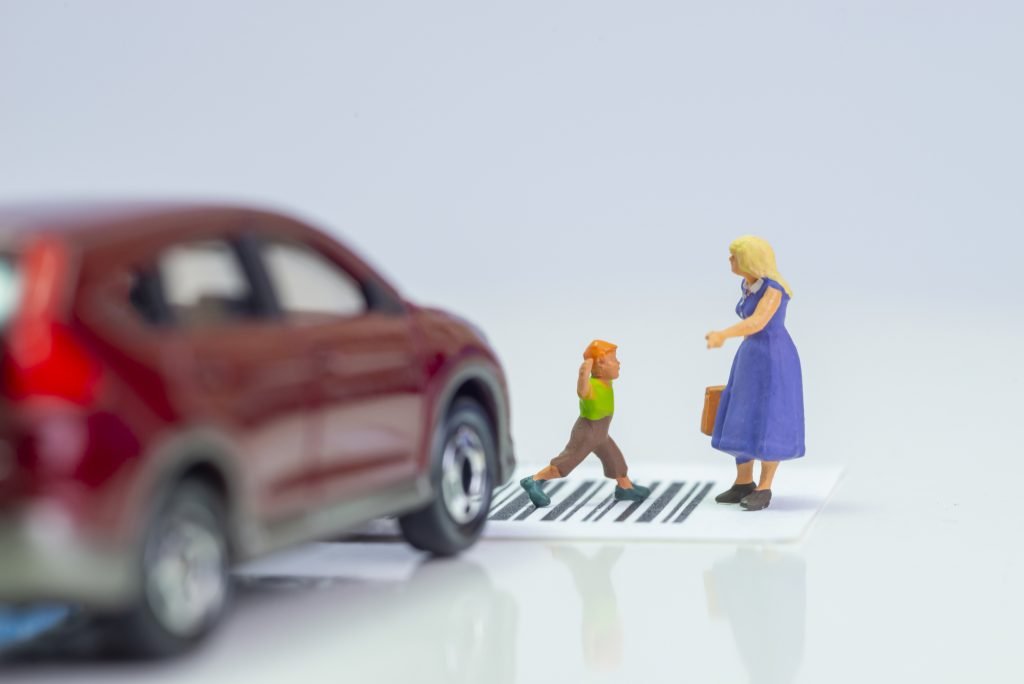 The popularity of bigger vehicles has been on an upwards trajectory for many years now. But a new paper is raising red flags over SUVs, pick-up trucks, vans and minivans obscuring drivers’ view and increasing the danger for pedestrians.

A new study from the Insurance Institute for Highway Safety (IIHS) shows that larger vehicles may not afford drivers as clear a view of people crossing the road.

One automaker, however, recently announced plans to help drivers have a less obstructed view.

Light truck sales made up 81.2 per cent of total new light vehicle sales in 2021. It was the first time the segment has broken through the 80 per cent barrier, according to DesRosiers Automotive Consultants.

The paper concluded that light trucks have a higher chance of being involved in certain pedestrian crash types. It believes that the visibility of pedestrians near the front corners of these vehicles by drivers is problematic. It suggested more research to examine blind zones by vehicle type.

“If it is found that [light trucks] have larger blind zones, automakers should consider ways to design the A-pillars of these vehicles to minimize blind zones while maintaining pillar strength. Doing this could improve pedestrian safety around these increasingly popular larger vehicles,” it said.

It is already known that larger vehicles cause more severe injuries when colliding with pedestrians, pointed out IIHS vice president of research Jessica Cicchino, one of the study’s authors.

“The link between these vehicle types and certain common pedestrian crashes points to another way that the increase in SUVs on the roads might be changing the crash picture,” she said.

The researchers examined what were the most common types of single-vehicle, single-pedestrian crashes at or near intersections and at other locations. They also studied how involvement in these crashes varied for three larger vehicle types compared with cars.

“It’s possible that the size, shape or location of the A-pillars that support the roof on either side of the windshield could make it harder for drivers of these larger vehicles to see crossing pedestrians when they are turning,” said Wen Hu, IIHS senior transportation engineer.

IIHS noted that the heavier weight of a larger vehicle requires stronger pillars to protect occupants in rollover crashes. However, a systematic assessment of A-pillar design by vehicle type has not been conducted. Other design elements of larger vehicles could also impede drivers’ ability to see pedestrians, such as their high ride heights and long front ends.

General Motors was recently granted a patent for a transparent vehicle A-pillar. The transparent opening is designed to give the driver a bigger field of view — notably on left-hand turns.

“The transparent material is selected from materials having a transmission coefficient of at least 50 percent for light in the infrared (IR), visible, and ultraviolet (UV) wavelengths and a refractive index between 1 and 2 for visible light, such as polymethylmethacralate (PMMA) or an optically transparent polycarbonate,” its patent application said.

The option of a smaller pillar is a non-starter due to safety concerns, according to the application. “Reductions in these pillar widths, however, are constrained in part by structural performance requirements. In other words, arbitrarily small pillar widths are not possible without sacrificing the structural performance of the vehicle frame and negatively impacting passenger safety,” it said.