We’re on the cusp of an EV boom, analysts agree

Challenge will fall to repairers to understand the different drivetrain technologies.

We might look back on 2019 as the beginning of the rise of the electric vehicle era.

A survey from Volvo entitled The State of Electric Vehicles in America found that nearly three-quarters of respondents believed that EVs are the future of driving. Nearly 80 per cent of those who already owned an EV felt that way. 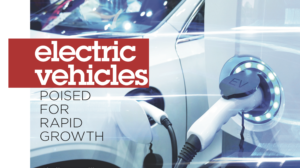 Sales are expected to correspond. Electric vehicle purchases should reach around 2.8 million globally in 2019 – and that might be on the conservative side.

“Personally, I have to say that I’m more in agreement that this will exceed three million but the analyst team at Frost & Sullivan [overruled me on] this one,” said Frost & Sullivan senior partner Sarwant Singh.

Another signal that times are changing: The Automobile Journalists Association of Canada named the Jaguar I-Pace the 2019 Canadian Utility Vehicle of the Year – the first time a fully electric vehicle won an overall award from the group. It also won Car of the Year in Europe.

James Carter, principal consultant at Vision Mobility in Toronto disagreed with the potential popularity of fuel cell technology, believing it will only have a place in specialized areas like heavy duty. He noted that fuel cell electric vehicles require more maintenance, it’s more expensive technology and there’s poor infrastructure.

“In general, my viewpoint is that fuel cell is not really something that the aftermarket should worry about,” Carter said.

Still, the aftermarket needs to focus its efforts on getting the repair industry trained on the variety of drivetrain technologies technicians will need to master.

“The aftermarket should be worried about ensuring that their hybrid skills are up to date now and, as we move forward, learning much more in detail about fully electric vehicles and understanding what the maintenance requirements for all of them are,” Carter said.

For jobbers, that also means learning what parts repair shops are going to need in order to service vehicles in the future, learning what they need more of, what they can do away with and how the pieces work together.

“As electrification becomes more pronounced, there will also be a parallel increase in the sophistication of the electronics, the control systems and things like autonomous and ADAS systems that will need to be troubleshot,” Carter said.

One of the most startling changes to the aftermarket will be the elimination of a need for an oil change in an electric vehicle. That eliminates the automatic semi-annual visit to the shop for repairs.

The issue of a drivetrain mix extends to the carmakers as well. Will OEMs offer a variety of drivetrain options under each platform?

“There is no silver bullet technology There is no one technology for every OEM to utilize going forward,” said Kevin Kelly, senior consultant at Frost & Sullivan.

Further complicating the matter is the different attitudes towards electrification in different parts of the world.

“OEMs will start looking more holistically and start comparing, ‘If I have to introduce a technology for the U.S. and it’s gasoline, how do I do that when the European market is being more stringent? How do I view this in the mix with electrification?’” Kelley said. “So instead of just having an evolutionary advancement of their combustion technology, they may go for a big revolutionary change and shift towards electrification.”

The good news is that the aftermarket has some extra time to figure things out.

It took the hybrid Toyota Prius 15 years to reach one million sales. It’s taken eight years for electric vehicles to reach the same goal. That type of growth tells Anjan Hemantha Kumar, research manager at Frost & Sullivan, vehicle manufacturers are increasingly confident in offering electric vehicles to their customers as the latter are showing that they’re comfortable investing in the technology.

“I would say the era of electric mobility is already here and is the future,” he said.

By 2030, most analysts figure battery electric vehicles will hit on or around the 30 per cent mark of all new vehicle sales. By 2040, predictions go as high as 65 per cent.

The biggest growth is expected in China as consumers there are choosing EVs in numbers that dwarf the rest of the world, thanks in part to the government playing a key role in pushing vehicles with new technologies. In addition to consumer preference, bets from automakers and environmental policies are also expected to fuel EV growth in Europe.

“There’s a push from the government and the general population to clean up their cities after 30 years of diesel created very bad pollution in those cities,” Carter said.

But North America is a bit of a different story. Low fuel prices here are expected to support consumers’ desire for internal combustion engines and continue to shift them to larger light trucks from smaller passenger cars instead of cleaner and greener technology.

Without stricter emissions rules – and in the case of the U.S., softening rules – EV sales will struggle to grow as rapidly. The notable exception being California, the biggest proponent of such technologies. The state is able to set its own rules around emissions standards and about a dozen other states follow its lead. However, the White House is currently in a battle with California over that ability.

In Canada, Quebec and British Columbia are taking the lead on clean and green technology. Quebec offers up to $8,000 in rebates for EVs; in B.C., it’s $5,000. Auto retailer Montreal Auto Prix launched its first Electric Vehicle Week at the end of March to promote EVs. By contrast, one of the first orders of business from Ontario’s newly elected Progressive Conservative government last summer was to scrap rebates for EVs.

“We’re seeing the other two provinces keep their push towards BEVs and in some cases increase their movement towards strengthening vehicle electrification,” Carter said. “I would expect that if there’s a change of government in Ontario, you would see that particular government adopting similar types of legislation and requirements as B.C. and Quebec.”

And that will ultimately be the driving force behind EV sales – legislation.

“The main conclusion I will draw for 2019 is that electric vehicles are no longer incentive driven,” Kumar said. “It will be regulation driven or mandate driven … Incentives are going to get phased out soon.”