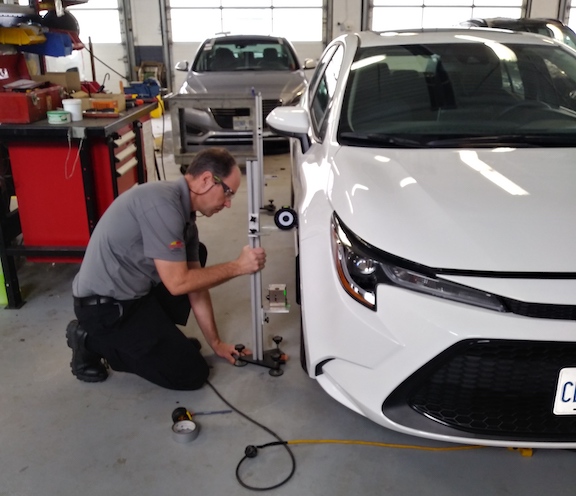 David Framst, a technical trainer with Belron, sets up a calibration. Precisely locating the car to the targets and lining up the lasers can take 15 minutes or so.

“I want to do every one of those!” he tells Paul Martins, manager of the Speedy Auto Glass location in Scarborough, Ont.

Martins smiles. The applicant is clearly getting ahead of himself. But it’s nice to see that the high-tech nature of the work is so attractive to young people.

Like a lot of industry watchers, Martins sees ADAS calibration as the “next big thing” for the automotive aftermarket. Given current automotive trends, the need for the service will only grow.

Driver assistance features, which are rapidly becoming ubiquitous on new vehicles, employ cameras and other sensors that need to be correctly aligned in order to accurately “see” the road and nearby obstructions. OEM safety specs usually require calibration whenever there’s a change that could affect the orientation of a sensor. 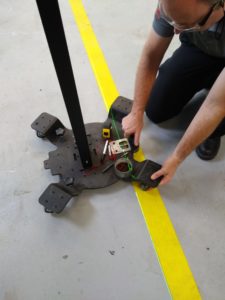 “The wave is right in front of us,” says Sylvie Leduc, vice president of sales, marketing and franchise operations for Belron Canada, which owns and operates Speedy Glass. The company has been a logical early adopter of the technology because windshields are the most frequent location for forward-facing ADAS sensing cameras.

Calibrations take approximately an hour, and Belron shops charge $225 – a price that Leduc says reflects the equipment and training needed to do it properly.

Windshield replacement, however, only affects one category of devices that could need calibration. Long- and short-range radar, LIDAR, surround-view cameras, ultrasound sensors, and other devices are found in various locations around vehicles, creating a plethora of potential calibration scenarios.

“Even mundane repairs such as replacing a bumper cover can involve disconnecting sensors that are part of the ADAS system, and these require calibration after a repair,” says Ron Racine, training manager at Snap-on Equipment. “ADAS systems may require calibration after suspension work, windshield replacement, wheel alignment work, collision repairs, vehicle alterations (lift kits), or even when changing the size of the tires to a larger or smaller diameter.”

Snap-on, through its John Bean equipment brand, has recently released EZ-ADAS, a complete tool kit for independent shops. “We provide a system that is focused on the core of the market right now,” says Racine. “We’ve taken this very complex process, where OEMs have many different ways of measuring and positioning different types of frames, and we’ve put that into a simple system that has a unified workflow across multiple manufacturer procedures.”

It is an equipment category that is booming.

Companies like Bosch, Hunter, Autel, Hofmann, and others are releasing sophisticated calibration systems that will allow independent shops to get in on what will soon be a common vehicle service.

According to Bosch ADAS trainer Steve Zack, the next wave of aftermarket tools and equipment, like the ones Bosch is set to release later this year, will provide a broad suite of capabilities and opportunities to independents.

“We’re going to have available a calibration unit for all makes, all models,” he says. “We’ll provide targets for camera, radar, surround view camera, and side view camera as well as back up camera.”

ADAS system-equipped vehicles will continue to grow as the availability of components increases and customer demand for advanced safety systems fuels the need for safer vehicles.

A basic tool kit consists of a scanner that talks to the vehicle’s ADAS system, targets with unique designs for each OEM, stands and brackets to position the targets, and laser-based alignment tools to capture readings. You can expect an initial investment in the mid-20K range.

In addition to the equipment, however, you’ll need enough space to get the job done. Static calibrations (done in the shop) typically require a 40-foot bay that is clutter-free, and removed from shop traffic. The floor must be perfectly level, the background must be solid colours only, and the lighting must be moderate. A bright shop with lots of windows or a darkly-lit shop might not work.

Dynamic calibrations, which take place on the road, will require a nearby highway with lane markings and not too much traffic so that the vehicle can travel at a reasonable speed without obstructions. This could be a challenge for shops in urban areas.

With the Bosch system, technicians will need to take a basic classroom training course, which is between a half and a full day in duration. Zack expects that courses will be soon be available in major centres in Canada.

Zack suggests that a technician with a background in front-end alignment and diagnostics will have no trouble learning to use the technology.

“An overall good technician will survive well,” he says. “They can learn on the job, and we will train them. It’s easy to use, because it walks them step-by-step through the process, with what is called a guided tour.” 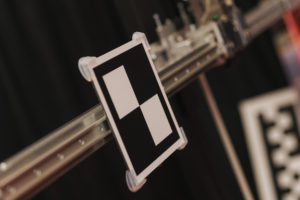 Calibration kits come with targets with unique designs for each OEM, stands and brackets.

The process begins with a series of checks to ensure that the vehicle is “calibration ready.” These preliminaries include confirming battery voltage, tire pressures, and correct wheel alignment. During the setup of the process, the software confirms each step before allowing the process to continue.

“You compare height target location against what you measure, so there’s a built-in safety net,” says Martin. “You can’t calibrate unless things line up.”

Similarly, the shop doesn’t actually certify the calibration – the ADAS system in the vehicle communicates to the scanner, confirming that the calibration has been successful. An email is generated for shop records or to show to customers. “We provide the customer with a certificate at the end of the process that the vehicle was calibrated successfully,” says Paul.

In general, the work requires strict adherence to step-by-step procedures which vary according to the make and model of the vehicle.

“This is a safety system of the car, so it’s critical that we do it 100% right,” says David Framst, a technical trainer with Belron.

The 2019 model year saw a significant increase in new vehicles equipped with Level-2 autonomous features – features that cause the vehicle’s ADAS system to assume control of the vehicle’s steering or braking in certain situations. This clearly raises the stakes. A lane-centring feature that is not calibrated, for example, could unexpectedly steer a vehicle out of its lane.

Leduc is hearing increasing concerns from insurance executives about vehicles on the road with uncalibrated ADAS systems, and believes that the time has come for the government to step in.

“Sooner or later, there will be cases where liability will come up,” says Leduc. “Accidents will happen which will oblige the government to legislate and give us some guidelines to follow.”

On the positive side, there is recent evidence that ADAS features are reducing accidents.

“There’s more evidence that ADAS is delivering tangible benefits,” says Leduc. “We’re starting to see more and more concrete data from Europe where they’re three to four years ahead of us from an ADAS standpoint.”

According to Racine, “ADAS system-equipped vehicles will continue to grow as the availability of components increases and customer demand for advanced safety systems fuels the need for safer vehicles.”

As ADAS systems become the new normal and assume more and more control over vehicles, the arrival of significant ADAS calibration work in the general repair and service world is imminent. The question is “when?”

“Somebody has to become the expert,” says Donny Seyfer, shop owner and executive officer at the U.S.-based National Automotive Service Task Force. “They have to determine that they can make money doing it. But it’s a tough value proposition when you consider the percentage of vehicles that actually use some level of advanced driver assistance, although that’s obviously going up and up.”

Seyfer believes that in the near term, specialists will move into the space, and independents will be able to turn to them when calibration needs arise.

“I think what you’re going to see is calibration centres pop up that are specifically aimed at that,” says Seyfer. “They’re going to have a truck. They can pick the car up, calibrate it, and run it back to you. My take on it is that for this generation of vehicles, that’s the way to go.”

Belron already offers such a service, called Vanfax, aimed at independent shops that require a calibration after replacing a windshield. Vanfax will do the work on-site.

“Not a lot of independents have the tools,” says Leduc, “so one of our contributions is offering a mobile service where an expert comes and does the calibration.”

Regardless of the approach they adopt, shops need to be aware in advance of any calibration requirements that their customers might be facing, including any ADAS-related costs, which could be hundreds of dollars.

“I think the shops need to be preparing for what’s coming,” says Seyfer, “and they should at least be dabbling in it. And they definitely need to read service information before they start a repair.”

While acknowledging the high costs involved, Leduc believes that shop owners can capitalize on the trend. “This is good business for independents,” says Leduc. “If independents don’t capture it, the dealers will.” 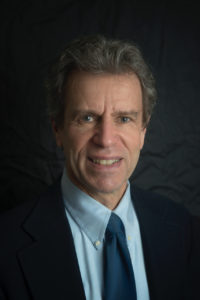 Jacob Stoller is a freelance writer, specializing in tech and lean management, based in Toronto.