Positive signs for the automotive aftermarket 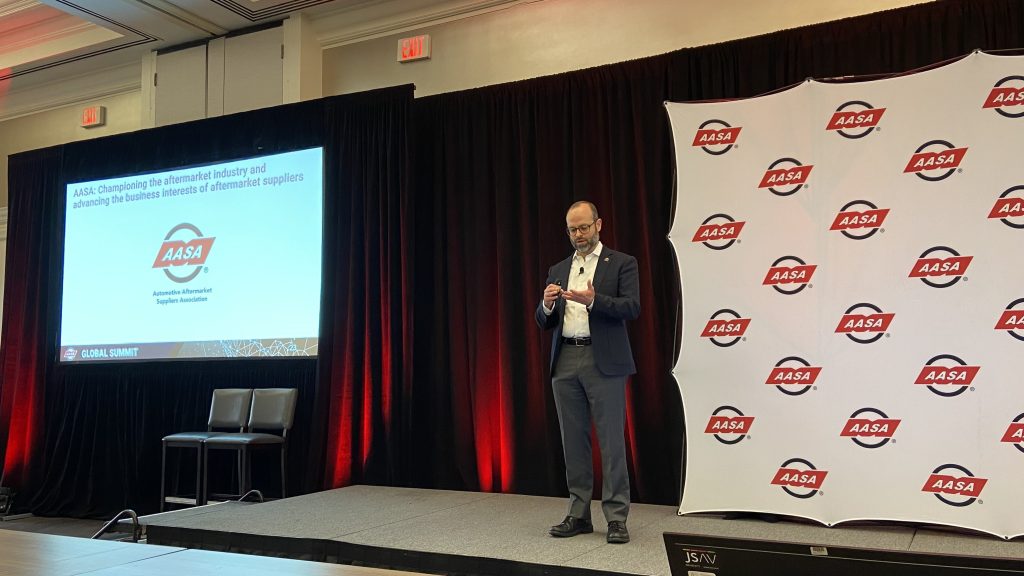 As many governments locally and around the world phase in plans to ease pandemic-related restrictions, that is the starting flag of good and positive times ahead for the automotive aftermarket, a prominent leader suggested.

“So after so many false starts — painful false starts — it does look like we may be moving beyond the pandemic stage,” observed Paul McCarthy, president and chief operating officer of the Automotive Aftermarket Suppliers Association.

He spoke at the Global Summit, hosted by the AASA and the Overseas Automotive Council, in Coral Gables Florida in February. McCarthy also noted that even if new variants come along, COVID-19 overall may soon be seen as something that is less dangerous to society as a whole thanks to precautions already in place.

“Something we can learn to live with [at] this level of risk,” he explained. “It’s certainly a reason to be positive.”

Indeed, many executives are feeling positive. McCarthy cited a PwC survey of global CEOs that showed 77 per cent of them were projecting positive economic growth around the world as we emerge from the Omicron wave.

If you had told him the industry would put forth strong financial performances despite lockdowns, restricted movement and changing consumer habits, he wouldn’t have believed it.

“The performance of the aftermarket has been extremely impressive and we’ve seen it around the world — at least stronger than any of us could have imagined,” he said.

He pointed to a McKinsey & Company Global Mobility Survey from last August. In there, it found that consumer intent to maintain or repair vehicles went up 11 per cent.

“When there’s desire for the automobile, the aftermarket tends to do well.”

Driving up aftermarket business is the growing appeal of individual transportation. Whether for safety concerns, such as not wanting to rideshare or take public transit and share space with other people, or for personal freedom, such as taking a road trip, consumers were increasingly preferring to have their own vehicles.

“And we would submit that some of that appeal, that attraction of personal transport, that will probably have some persistence as we move past the pandemic,” McCarthy said.

Indeed, people around the world may be shifting towards living a more auto-centric lifestyle. Apple Mobility Trends, he pointed out, shows a stronger demand for mobility now than pre-pandemic.

“People want to move [and] people want to move even more than we saw before,” McCarthy said. “So we can submit that in many countries around the world that the cultural shift we’re seeing as a result of the pandemic, they lead us to an environment where we’re leaving this pandemic with a more auto-centric lifestyle than we had before. When there’s desire for the automobile, the aftermarket tends to do well.”

And that’s why AAPEX predicted the global automotive aftermarket — including light, medium and heavy-duty — is projected to be a $1.6 trillion business.