It seems that do-It-Yourselfers aren't going away time soon, but they might need a little more help from those who sell auto parts. 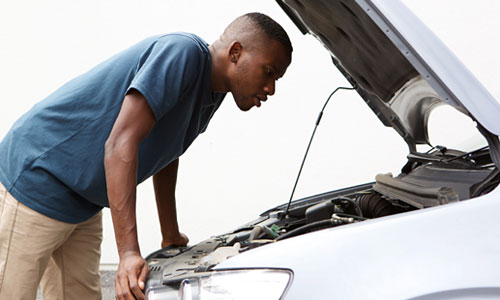 Auto parts manufacturers and retailers are helping do-it-yourselfers get a grip on the growing complexity of vehicles by sending them to the world’s second-most popular search engine: YouTube.

That’s right. The place you go to see funny clips of talking dogs, Bo Jackson’s Nike commercials from the 1980s, and your favourite band’s music videos has also become a hotbed of automotive repair instruction.

Driveway repairs have been a staple in North America for a hundred years. But these days, amateur mechanics need a little extra guidance.

CRP Automotive, for example, has been producing videos for more than four years and has compiled a library of more than 100 instructional episodes so far.

“A lot of consumers and DIY customers are reaching out to the people they trust about parts for that information.”

In order to keep its finger on the pulse of the auto repair community, CRP consults its innovation council, a group of top-level professional repair technicians who share their personal stories of high-failure parts.

‘Our job is to help
do-it-yourselfers with
as much advice as we can.
The job might be bigger
than they think it is.
It’s our job to let them
know what they’re facing.’

Continental Automotive has a growing number of instructional videos on YouTube, too. Dave Maclay, the company’s head of product management in Allentown Penn., said his team will come up with the topics, write the scripts, and appear on camera while a third-party production company handles the cameras and editing.

It also has a team of technical training specialists that travel around the country to visit retail stores, repair shops and technical colleges to teach up-and-coming technicians about its products. On top of all that, they routinely participate in panel discussions at trade shows.

“We want to make sure all technicians have the latest information about our products. Technology changes quite rapidly in the automotive world. Getting that message out there is very important,” Maclay said.

A growing number of replacement parts are geared towards the DIFM (do-it-for-me) market, not because they’re necessarily hard to install but because they require specific tools and equipment to do the job.

“The Saturday afternoon do-it-yourselfer doesn’t have those tools. The average vehicle owner doesn’t even know where the lane departure or back-up sensors are located. The chances of locating it, replacing it and calibrating it (successfully) are pretty slim. It’s not that it can’t be done, but it’s just not practical,” he said.

Paola Bianchi agrees. The Montreal-based director of integrated marketing strategy at NAPA Auto Parts said the vast majority of do-it-yourselfers do relatively light work, such as filters, oil changes and wipers. Quite simply, there’s a limit to what motorists can do on their own. Complexity aside, it doesn’t make financial sense for them to buy expensive equipment to do the work properly, particularly if the whole reason you’re doing driveway work is to save money.

“What’s the return on investment? How many will invest in the shop equipment just to be able to repair their car one time?” she said.

Parts specialists at NAPA’s 600 stores across Canada are trained to provide advice to do-it-yourselfers and as the vehicles get more complex, the advice follows.

“Our job is to help with as much advice as we can. The job might be bigger than they think it is. In some cases, we have parts specialists who are more concerned (than the customer) about them doing it themselves. It’s our job to let them know what they’re facing,” she said.

There are some vehicle parts, such as filters, spark plugs, or ignition coils, that have been virtually untouched by technology over the years and can be replaced by the DIYer with a certain familiarity with how cars and trucks run. Kumar Saha, director of after sales, retail, and new mobility at consulting and research firm Frost & Sullivan, said complex parts historically haven’t been very DIY-friendly.

“There are fewer people inclined to do their own repairs or know how to do them. A DIY person won’t necessarily go and change a sensor,” he said. “The newer car owners are less interested in doing their own repairs. The car is more complex than it was in the 1960s and there are more support systems available to people.”

Suppliers tend to do a better job of building awareness among DIYers than counterpersons tend to, which is one area of opportunity for jobbers, he said.

“If you’re a counterman, and a customer wants to buy a part, and you say, ‘I don’t think you can replace this on your own,’ you lose the sale,” he explained. “The right way should be, ‘Buy this part from me; I know a good garage.’ There’s a bit of that education that needs to come from the retailers to make sure the counterperson is making the DIYer aware of the complexity behind the product. It’s a training issue.”

By his assessment, the motivation is slightly different for suppliers.

“They want to ensure that their product is installed and operated in the right way. If it’s not, then the customer will blame the product and (the suppliers) don’t want that,” he said.

If there’s anybody who knows the DIY market, it’s Paul Theberge. The Winnipeg-based category leader at Princess Auto oversees three buying teams and his 46 stores across the country carry more than 250 auto repair stock keeping units (SKUs). He said the company’s DIY business continues to grow.

“Our (typical) customer has older equipment or cars. We sell code-readers for new cars and tire pressure and air bag monitoring systems. Our competitors tend to shy away from those kinds of products. We sell the things that not everybody else wants to sell. Our guy comes in because of that,” he said.

At Princess Auto, it does indeed appear to be a world for “guys.” The customer base is almost exclusively male.

The company directs people to its own customer service portal or YouTube if they want to see how to replace their brakes or change a headlight. Some YouTube videos are even embedded on the Princess Auto website. The company, perhaps not surprisingly, no longer carries auto repair manuals.

“People go online. They’re doing the research themselves and coming in to buy the tools they need for the job. I think that’s part of how people shop today. They pre-shop online and then come into the store,” he said.

“We don’t get a lot of product back because people don’t understand how it works. Most of our guys figure it out,” he said.

The general consensus among parts retailers is that DIY work is a steady and continuing part of the aftermarket equation… and it’s not nearly as dangerous as some alarmists would suggest. It’s not as if a botched do-it-yourself job could lead to a car or truck exploding in the middle of the highway but there could be some safety issues, retailers will argue.

For example, power steering requires a mix of parts, connections, and fluids.

“If you’re missing a connection, you might have a dead steering wheel. The wheel might not turn,” CRP’s Stuver said.

What’s more likely to happen is the non-fixed part won’t work the way it’s supposed to, or your vehicle might not start.

“That could lead to a costly tow to a repair shop,” he said.

The DIY market will endure, even with the growing complexity of vehicles.

“There will always be enthusiasts willing to dabble and do the work themselves,” said Stuver. “It may be a little more difficult (in the future) but if there’s a will, there’s a way.”