Blast from the past: Send us your vintage photos!

Let’s celebrate the past as we head into the future! Send your old photographs and they may be published in CARS magazine. 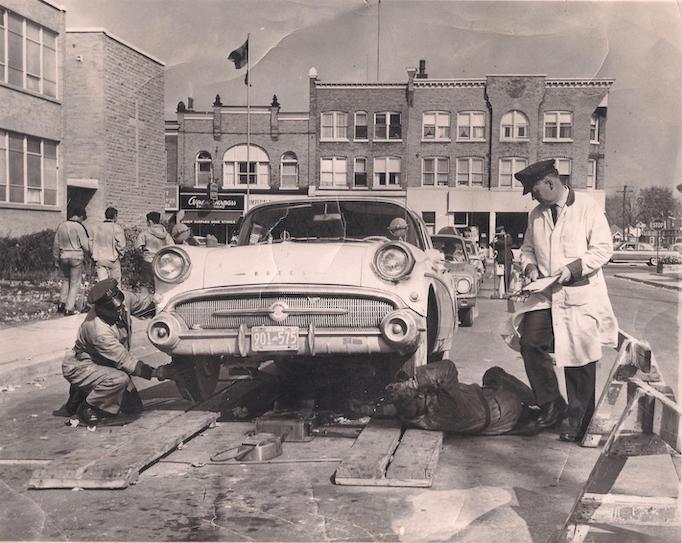 Long-time reader Peter Abela sent in this picture of a roadside inspection in St. Thomas, Ont. about 60 years ago. Back then, cars would be pulled over into empty lots and given the once over to make sure they were roadworthy. There are some who’d say all the provinces should still be doing that!

This summer, as I accompany my wife to antique fairs (dragged along, some would say), I expect to come across piles of vintage automotive signs, magazines, and photographs. They’re the perfect collector’s item for people who don’t have the funds or space to keep old cars.

There they’ll sit at these antique shows, nestled between the vintage door knobs and Coca-Cola bottles, gathered in old milk crates or piled on plywood tables, eliciting waves of nostalgia from a steady stream of onlookers.

Old advertisements for spark plugs, engine chemicals, and motor oil… Pictures of white-capped gas jockeys, smiling as they wash windshields and check oil levels… Grizzled technicians leaning over the hood of a car, cigarettes dangling from their mouths as they adjusts the throttle housing or timing chain… It’s not hard to understand the appeal of these keepsakes from yesteryear. For a modest price, you can take them home and display them in your rec room. 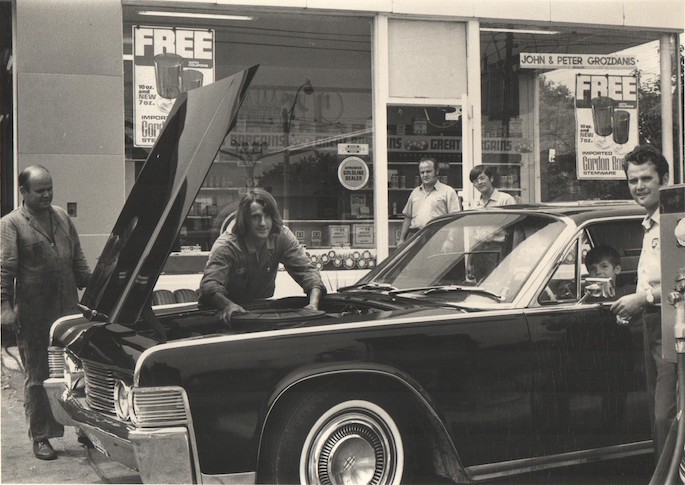 Licensed technician Ted Jones still has the 1965 Lincoln pictured here in the early 1970s at what was then his family’s shop on Mount Pleasant Road in Toronto. His late father, Peter “Pops” Grozdanis at far left, owned the gas bar and repair shop with his brother John (in the door) “I still kid my Uncle John about the haircuts!” Ted says.

What is it that attracts us? The call back to a simpler day? The elegance of the simple technology? The sturdiness and resilience of those early engines?

I don’t know, but I’ve often noticed that many of you shop owners and technicians can’t get enough of these pictures.

We ran a series of collages last year, looking at how automotive magazines have covered common subjects in decades past. It was fun to remember how “the latest technology” was depicted in the 1940s, and how customer service evolved through the 50s.

I’d like to continue our walk down memory lane this year… but not with scans of old magazines. Let’s see some of the photographs in your own collections. This month’s Letters Pages features a shot of a public vehicle inspection in St. Thomas, Ont. during the 1960s. Sent in by my friend Peter Abela, it’s a real piece of history! Public inspection lanes are a rare sight these days. And given the condition of some vehicles, a lot of us would welcome their return.

Do you have something similar hanging on your walls? I know some of you do. I’ve seen them when I visited. Do me a favour and take them down just long enough to scan them. I want to see your shop before you were around, when your father or your grandfather ran it. Or maybe when the previous owner started up.

I’ll reprint it on our website and on the Letters Page of an upcoming issue. We’ll all get a kick out of the way things used to be.

It will be especially poignant given the rapid pace of change that is transforming every aspect of our industry. I imagine these days will soon look as quaint as the old pictures hanging on our walls, and turning yellow in photo albums. Some future technician will look at the stories in this magazine with a bemused grin, laughing at the scan data we puzzle over.

We’re part of the march of time. And while it’s fun to look back, let’s not forget to look ahead! 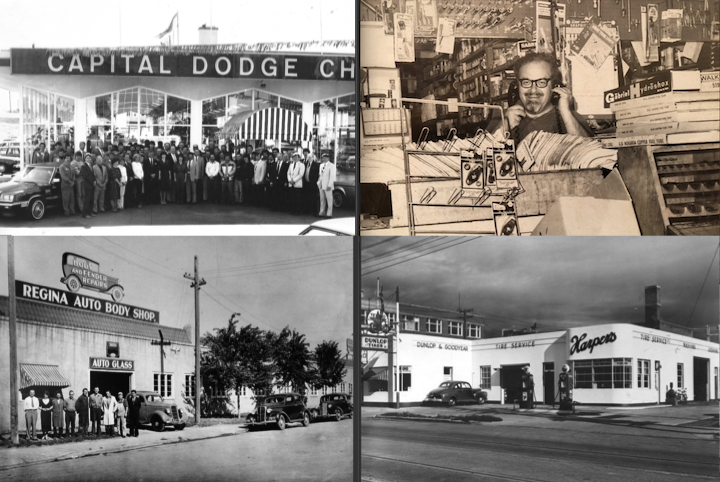 Clockwise from top left: Capital Dodge in Ottawa in the 1980s; Abe ‘The Duke’ Cohen in Toronto; Harper’s Tire has been operating in Calgary since the 1930s; and the team at Regina Auto Body in the 1940s.

Got a memory you’d like to share? We’d love to see pictures of your shop in old timey days. Or, better yet, a picture of you working on a vehicle before they were mostly electronic! Send a high-res scan to allan@newcom.ca.