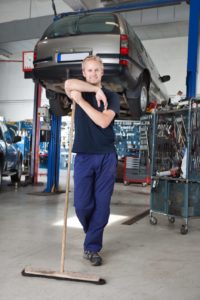 Do you have an outstanding “bay area” in your shop?

The Automotive Service Association (ASA) has launched a new contest, calling for pictures of the cleanest, brightest, most streamlined bays in North America.

You can submit your entry HERE.

It is the association’s second in picture competitions this year. The first, which focused on reception areas, earned an honorary mention for a Canadian shop. (See story HERE.)

The new competition, focusing on the bay areas of North American shops, runs through Aug. 31. Winners will be announced the week of Sept. 9.

“Our first contest was a major success,” ASA executive director Ray Fisher said. “We expect this one to be equally or more successful.”

After this contest is completed, ASA – in conjunction with the new AutoInc.org – has plans for additional contests to spotlight specific areas of shops. Leona Dalavai Scott, marketing and communications director for ASA, said the popular photo contest has returned to “shine a positive light” on the industry and extend ASA’s outreach to non-member shops.

One of the new multimedia features of the AutoInc.org website is slideshow galleries. The contest will allow ASA to showcase all entries through its slideshow gallery that visitors to the site love. ASA hopes that by featuring shops’ “bay areas” on its publication website, it will inspire and encourage other facilities across North America.