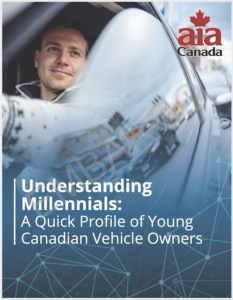 Canadian millennials value independent auto service providers over dealerships when it comes to value for money and trustworthiness, according to a new study released by the Automotive Industries Association of Canada.

The vast majority of millennials (62%) appear to use both dealerships and independent ASPs for their vehicle needs. However, among those who have picked a side, dealerships get the edge. Twenty-one percent of respondents use dealerships exclusively, while only 17% use independents exclusively.

The study, called Understanding Millennials: A Quick Profile of Young Canadian Vehicle Owners, was based on an online survey in 2019 of over 2,000 Canadian adults – 330 of them millennials (aged 25-34)

Among respondents, 48% say they stay on top of maintenance and repair issues, but 46% acknowledge that while they are generally attentive, they things slide from time to time.

Apparently, more male millennials admit that they feel helpless when they bring their vehicles in for maintenance and repair. Some 52% of men strongly agreed with that sentiment, while only 46% of women said the same.

The report offers a wealth of information on how to impress millennial buyers, what factors build trust, and what contributes to their purchase decisions.

It also discusses perceptions of e-tailing, where their online dollars are spent, and what attracts their attention.

As for vehicle data, three in four millennials said that before taking the survey, they were unaware of the amount and the value of the data produced by their vehicles, nor did they consider who is the rightful owner of that data.

The authors of the report suggest that “millennial vehicle owners represent somewhat of a perfect storm for ASPs” in that they generally consider vehicle maintenance and repair a medium to low priority in their lives, and are comfortable attempting their own repairs and purchasing parts online.

However, among those who are do-it-for-me customers, four out of five of them will go to independent shops.

The report is available through AIA Canada.