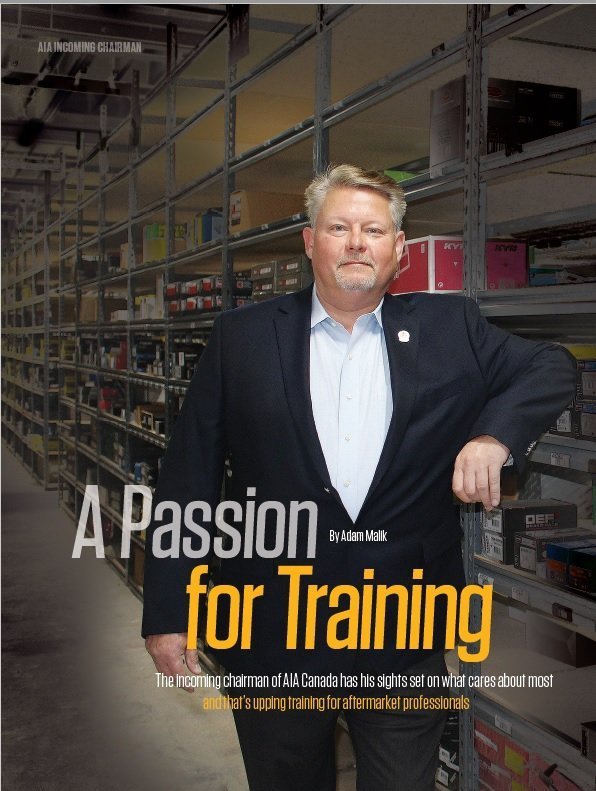 It’s all about training, training and more training for the incoming chairman of the Automotive Industries Association of Canada.

Jason Yurchak will officially become AIA chairman at the group’s annual general meeting in May. It’ll be the first in-person AGM in three years. And once he’s in the seat, Yurchak wants to put a full-court press on increasing the knowledge base of everyone in the aftermarket.

“One of my passions is making sure that the automotive aftermarket gets training because with all the advances and the vehicles nowadays, they need it to survive,” he told Jobber News. “The automotive technicians need to get that education so they can work on the vehicles of today and tomorrow. Because even today, they’re getting vastly complicated. With the push to electrification and everything like that, it’s key that they do it.”

The aftermarket is currently trying to get access to data. In February, Windsor West MP Brian Masse tabled a private members bill on the topic of automotive right to repair. However, even if — or when — that’s successful, it’s one step in the process. Having the data is important. But knowing what to do with it is a whole other ballgame.

“You still need to be educated on how to do it. [We] can pick up a technical manual on a car today and read it and look at it and go, ‘OK, That’s pretty complicated. I’m not sure I want to do that,’” Yurchak said.

He headed up AIA’s education committee before becoming chairman. He’s found that there is indeed a wealth of training information out there for technicians. The issue is pointing them in the right direction to find it.

“So that’s something that will be a focus for AIA in the upcoming year, and something I’m going to be on top of is my new role as chair,” said Yurchak, who by day is senior vice president of Canada at WorldPac in Vancouver.

To understand just how much he cares for training is to go back to his early days with AIA Canada.

Being based in Western Canada, Yurchak had only known about AIA in passing. He knew it was an organization for the aftermarket, but not much else. Most of the main players in the industry are based in Eastern Canada. So he saw an opportunity to familiarize himself with not just the association but with his peers across the country.

He then discovered there was no B.C. division at AIA.

“The third-largest population in Canada, but we didn’t have our own division,” he recalled.

So he and Mike Rutherford, who at the time was with OK Tire, got a B.C. division up and running. But he emphasized that the group should focus on education in the industry.

“I’m not knocking them, but a lot of divisions over time, a lot of what they do is a lot of charity stuff. They raise money — which is great stuff; they’ll have golf tournaments — but we didn’t want to just be another one organizing golf tournaments,” Yurchak said. “We wanted to actually do something that would help the industry. We’ve all been involved in golf tournaments in other facets of our life. We didn’t want to just do that. We wanted to do something that would actually make a difference with the industry.”

The late Bob Greenwood got involved and donated his time to run education courses. “And we were able to give three or four classes for automotive service providers,” Yurchak said. “We did some classes where we invited salespeople and managers from the distribution side of the business. It worked really well.”

“The automotive technicians need to get that education so they can work on the vehicles of today and tomorrow. Because even today, they’re getting vastly complicated. With the push to electrification and everything like that, it’s key that they do it.”

As noted, there is a lot of training in place for automotive technicians. The issue is making it available and easily findable among those who need it.

For Yurchak, his goal is to make sure that information is shared throughout the industry. This is an issue the aftermarket needs to come together on and help as a whole. Competitors need to be partners here.

“A lot of companies in the aftermarket offer trading today. But we don’t really advertise it to the entire aftermarket. We advertise it to our customers or a group of customers in [a particular] area,” Yurchak said in an interview. “My personal thought is that we as an industry should put all the training out there. And it doesn’t matter if you’re a customer of this distributor or this distributor, make that training available to everyone.”

Otherwise, Yurchak has a stark warning: “If we don’t train the aftermarket, eventually there won’t be an aftermarket,” he said.

If the global COVID-19 pandemic brought something good, it was the fact that it showed going virtual works in terms of reaching more people and making things accessible that were less so before. Instead of someone missing out on a learning opportunity because they’re in Vancouver and the event was in Toronto — or putting down money to book a flight and hotel room — they can access the event virtually from their office or home. This creates more opportunities for learning.

“I think [virtual learning] accelerated. I think we’re going in this direction anyway. Not just in our industry, but I think in other industries as well, with the growth of the internet and everything that’s available nowadays,” Yurchak said.

Not that in-person learning and training will go away — that is likely to remain the preferred way of doing things. But virtual opportunities can supplement the in-person experience.

“A lot of companies have pivoted to a lot of that. It’s the same internally with WorldPac with our training — we haven’t been able to do as many in-person technical training classes. But we’ve had a wealth of online stuff,” Yurchak said. “And now that we’re going back to these in persons, we’re still keeping the online classes because it’s been very popular.” 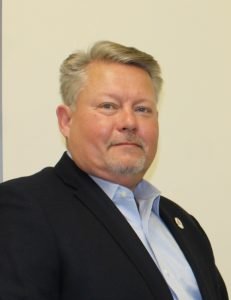 Jason Yurchak, incoming chairman of the Automotive Industries Association of Canada has been in the business for 35 years.

“My first car, I ended up having to do a lot of a lot of work on it. So as I started fixing things myself, and learning how to fix them, I was like, ‘I kind of really liked this stuff.’ So I ended up getting in,” he said.

Yurchak went to school to be an electronics technologist but decided he liked working with cars more. Though, he did point out that things have seemingly come full circle for him as vehicles are now full of electronic components.

After deciding he liked working with cars, he got a job at an import parts store in downtown Toronto. He was a counterman and driver and learned from there.

Part of the learning experience included working at a couple of dealerships in the parts department. At age 23, he was the parts manager. He entered the aftermarket permanently after a friend lured him over to an independent shop to run the front.

He’s now the senior vice president of WorldPac Canada, based in Vancouver.

AIA Canada will hold its first in-person AGM in three years in May. Neither outgoing chairman Bob Jaworski nor past madam chairman Susan Hitchon were able to physically be around their peers as they moved into the role due to the pandemic shifting all events to virtual. For Yurchak, it’s a moment he’s eager to experience.

“Things have changed in the industry,” he acknowledged. “There’s going to be fewer people at the AGM, maybe. There’s been a lot of consolidation in our industry, like other industries, in the last few years. And a lot of restructuring and different ways of doing business. We saw a lot of that over the last couple of years with different distributors and such in the industry.”

This isn’t specific to the automotive aftermarket. Other industries have gone through changes over the last two years.

“It’s changed. It’s different. But I think between everything I’ve seen Bob and Susan do over the past few years, I’ve picked up a lot of great information,” he said. “One of the biggest things they brought in was communication to the members and getting more communication out to the members. And I want to continue to do that and accelerate it if we can with some things like education.”

One of the biggest challenges facing the aftermarket is talent — especially finding good, qualified technicians who can do the job. But it extends even beyond that.

“There’s a multitude of jobs — thousands of jobs — open every day in our industry across Canada, from technician to parts people to counterpeople, service techs, reps, everything,” Yurchak said. “And it’s hard to get people into our industry.”

“With all the technical stuff that’s in vehicles now, you can actually be a highly paid automotive technician and you’re only working with electronics and computers using diagnostic equipment.”

It will come down to education — of the public, that is.

The industry needs to get the word out there about what this industry is all about.

“Everyone used to think of an automotive technician as a grease monkey — you’re in there with wrenches getting your hands dirty,” Yurchak said. “With all the technical stuff that’s in vehicles now, you can actually be a highly paid automotive technician and you’re only working with electronics and computers using diagnostic equipment.”

But how do you get the message out there that this is an interesting and fun industry to work in? Yurchak said there have been discussions around various ideas.

“Part of it is you’d have to advertise. There are various ways you show it. But you have to show them: Here’s what it is,” he explained. “You can’t just tell them it’s this and that; here’s all these computers and these cars. You almost have to show them some of that stuff.”

Balancing out the challenges are the opportunities within the aftermarket, notably those being created by the higher number of used vehicles on roads today.

“If you look at the used car market, used cars have gone up hugely in price because people can’t find new cars. In the short term, that helps the aftermarket because all these cars are getting repaired and staying within the Canadian aftermarket. It’s really created a boom time, I would say, right now for the aftermarket,” Yurchak said.

“I found my previous experience, being in the industry 35 years, I’ve seen a few recessions come and go throughout Canada. But I found that you know in times of downturns in the economy, the automotive aftermarket tends to excel in those areas. People fix their current used vehicles and don’t trade them. Right now, you can’t trade one in because you can’t find a new vehicle.”