The group and more than 300 of its members gathered on Nov. 24 at the Westin Ottawa hotel to celebrate 75 years of the AIA, which started out as the Canadian Automotive Wholesalers’ Association in 1942. 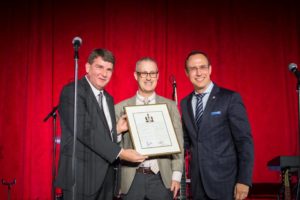 The evening was complete with recognition of past presidents, key players and those who are helping move the industry forward today.

There was a presentation from Ottawa Councillor Keith Egli who, on behalf of the city and Mayor Jim Watson, presented the AIA with a plaque to recognize the AIA’s contribution to the Ottawa and automotive industry over its decades of existence. 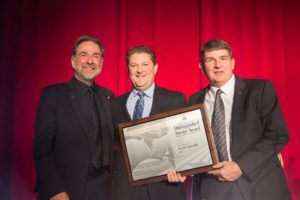 The AIA also presented its second Distinguished Service Award of the year. The latest recipient of the group’s highest honour went to Sean Corcelli, a former chairman of the association and vice president with Uni-Select, who retired this year.

After speeches and dinner, the AIA Garage Band made a surprise performance as they played classic hits. Then more live entertainment came from a Beatles tribute band to wrap up the night. 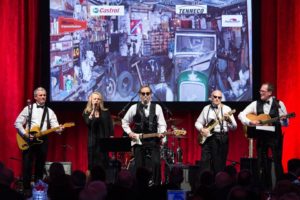 The AIA Garage Band made a surprise appearance at the gala with Randy Moore of Mister Transmission, Marnie and Steve Van Kessel from Parry Automotive, Randy Klein of Wakefield Canada, Dean Clarke of Tenneco and Tony Canade of Assured Automotive on drums.