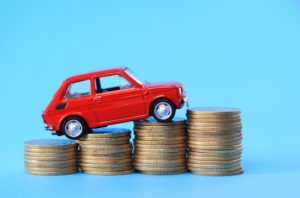 Business in the aftermarket continues to grow.

After hitting a record high in 2015, the Automotive Industries Association of Canada’s latest Outlook Study reported that the light vehicle segment of the industry is now valued at $21.6 billion. That represents a 2.86 per cent boost from the $21 billion reported a few years ago.

And that’s the just the start of the good news.

The study, which was prepared by DesRosiers Automotive Consultants, also found that almost 70 per cent of all vehicles – 18.4 million of 26.8 million registered in Canada – are at least 6 years old.

“This is the largest recorded number of vehicles that are likely out of their manufacturer’s warranty period,” the AIA said in its executive summary. “As a result, the aftermarket will see some of its best years in the near future as the market for out-of-warranty repair and maintenance continues to grow.”

The average age of a light vehicle in Canada in 2017 was pinned at 9.71 years, the highest average age on record thanks to improved vehicle technology and quality. Vehicles were on average the oldest in B.C. (11.73 years) and Saskatchewan (11.81 years).

Also seeing an uptick is the number of people employed in the aftermarket overall in 2017. The industry saw a 1.6 per cent increase to 398,900 Canadians. The growth was widespread as the automotive parts and accessories and tire store retailers segment saw 2.3 per cent growth. The repair and maintenance sector saw the same growth and is also at a high when it comes to the number of establishments – 23,640 were reported last year.

Broken down separately by parts and labour, the former – which includes the do-it-yourself and do-it-for-me segments – accounted for more than half the market (58 per cent) at $12.5 billion. Installed parts made up $9.5 billion of that area compared to $3 billion on the retail end.

Labour costs represented the other 42 per cent of the industry, totalling $9.1 billion dollars. For every dollar spent on labour, the study found, parts for the install cost approximately $1.04.

As for the future of the industry, it looks to stay bright as DesRosiers pegged the aftermarket’s value will reach $23.8 billion in 2021.