The Delta variant of COVID, inflation, unemployment and remote work are some of the major challenges that will hold back the automotive aftermarket from seeing major gains in the aftermath of the global COVID-19 pandemic, according to an industry observer.

No doubt, the last 18 months or so have been challenging for the aftermarket, said Jeff Jorge, principal and market leader for mobility, supply chain and manufacturing, as well as firm leader for international services at global advisory firm Baker Tilly.

Speaking on Aug. 17 during the first part of the Automotive Aftermarket Suppliers Association (AASA) Supply Chain Webinar Series, Jorge noted the challenges are all connected and will likely keep the aftermarket from seeing gains until later in 2022.

One issue will be inflation. Though it won’t be “a runaway train” with it soaring out of control post-recovery, but with years of low inflation and stagnation on top of an economy that has been through lockdowns and restrictions, it’s hard to say what will come next. 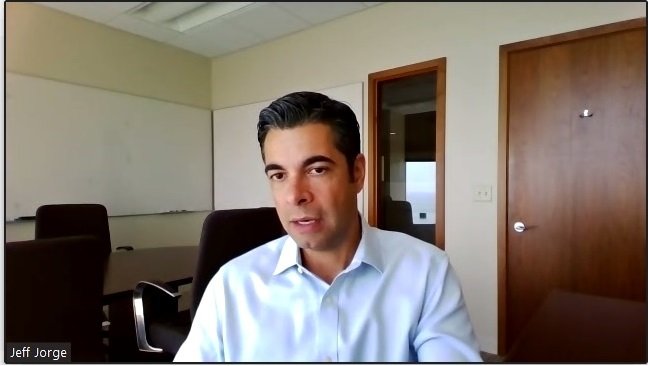 Jeff Jorge of Baker Tilly speaks during the session “Aftermarket Supply Chain: The Next 18 months” as part of the AASA Supply Chain Webinar Series on Aug. 17.

The Delta variant of COVID-19 is also wreaking havoc. The variant has picked up steam because vaccination rates are not as high as they could or should be. In Canada, about two-thirds of the population is vaccinated. In the U.S., it’s just over half.

The low vaccination rates which threaten the recovery, then impact economic recovery, which then impacts unemployment levels. If there isn’t enough business being conducted — people going out, shopping, vising restaurants and the like —then fewer workers are needed. That means even fewer people driving their vehicles to go to work.

Even for those who are working, many companies are implementing hybrid work environments. So people aren’t heading into the office in the same five-days-a-week fashion as before.

“Remote work that we see still en vogue has a negative impact on the service sector,” Jorge said. “People are eating out less, they’re not occupying the office space.”

He used his office as an example. The restaurants that used to be busy are not anymore. “People are not in the building. So all of that has a ripple effect.”