This shortcoming marked the first instance of a sequential year-over-year decline in over a decade, a phenomenon not seen since 2008 and 2009. However, 2019 was still the fourth best sales year on record. 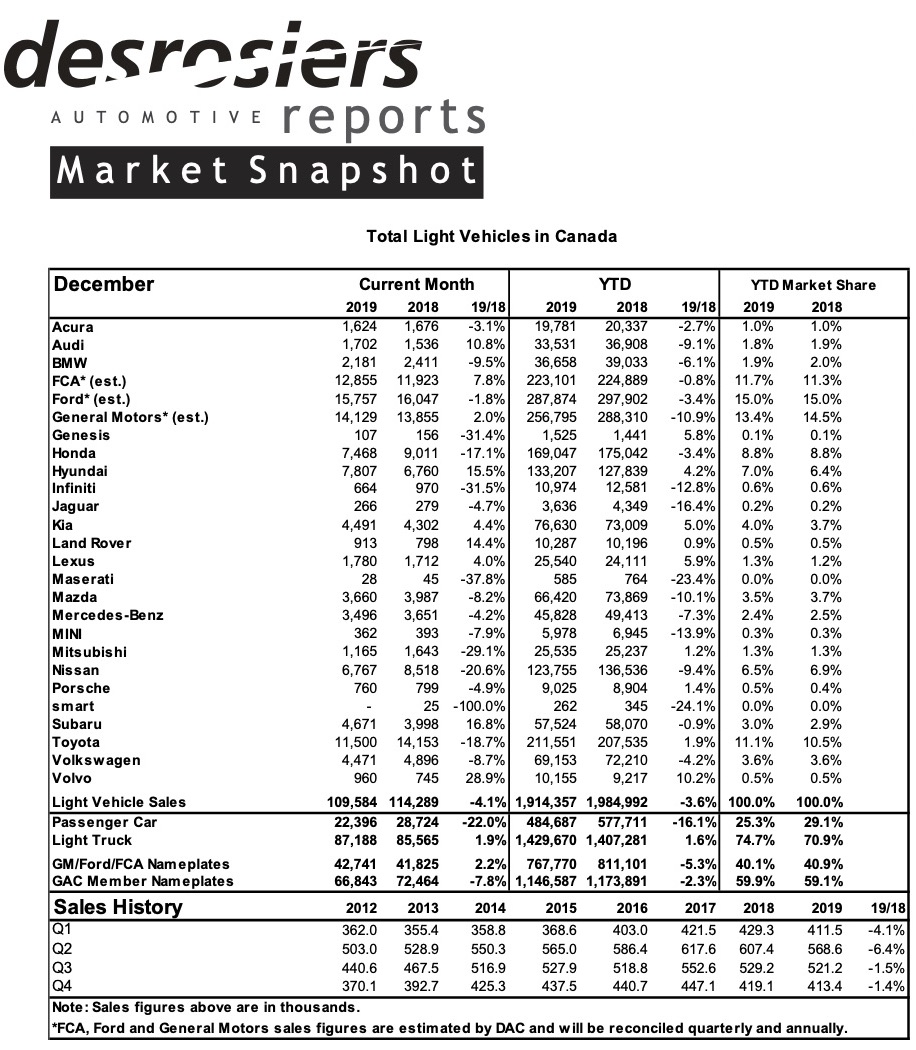 “Mercedes-Benz Canada’s achievement as the country’s top luxury manufacturer for the sixth consecutive year reflects the fact that the exceptional Mercedes-Benz product lineup continues to resonate with consumers, and we’re extremely proud of that,” said Brian D. Fulton, president and CEO of Mercedes-Benz Canada.

FCA Canada closed the fourth quarter of 2019 with a significant sales increase of 14 per cent. For the full year, 223,101 vehicles were sold, with Ram brand leading the charge, achieving six-figure sales.

“This remarkable achievement was a direct result of the continued passion from our customers as well as the dedication of our entire dealer network and the team here at Porsche Canada,” said Marc Ouayoun, president & CEO, Porsche Cars Canada, Ltd.

Despite the somewhat subdued overall sales, 2019 was a success story for SUVs with their sales surpassing the 900,000 unit mark for the first time on record, accounting for much of the growth in the market. Canadians’ love for these vehicles ensured that the subcompact, large luxury, large, and luxury compact SUV segments outpaced the overall market by several orders of magnitude with subcompact SUVs claiming the crown as the fastest growing segment with a gain of 28.5% year-end. With these increases, SUV sales grew tantalizingly close to claiming half of the new light vehicle sales market in 2019, reaching nearly 48% by year end.

Some brand and model level highlights for the year: