BY THE NUMBERS: The latest opinions, surveys, and findings 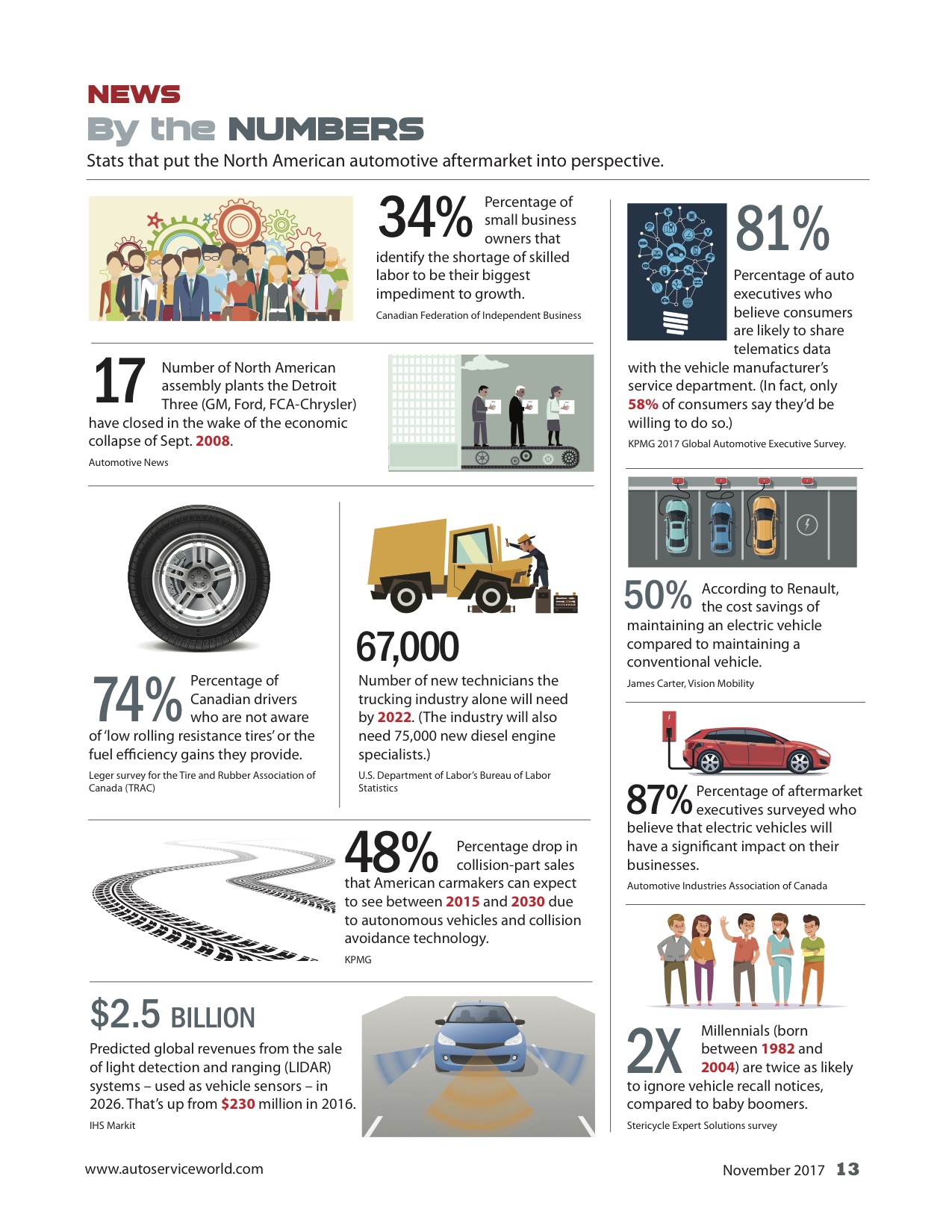 Percentage of small business owners that identify the shortage of skilled labor to be their biggest impediment to growth.

Percentage of auto executives who believe consumers are likely to share telematics data with the vehicle manufacturer’s service department. (In fact, only 58% of consumers say they’d be willing to do so.)

Percentage of Canadian drivers who are not aware of ‘low rolling resistance tires’ or the fuel efficiency gains they provide.

Leger survey for the Tire and Rubber Association of Canada (TRAC)

Number of new technicians the trucking industry alone will need by 2022. (The industry will also need 75,000 new diesel engine specialists.)

Number of North American assembly plants the Detroit Three (GM, Ford, FCA-Chrysler) have closed in the wake of the economic collapse of Sept. 2008.

According to Renault, the cost savings of maintaining an electric vehicle compared to maintaining a conventional vehicle.

Percentage drop in collision-part sales that American carmakers can expect to see between 2015 and 2030 due to autonomous vehicles and collision avoidance technology.

Percentage of aftermarket executives surveyed who believe that electric vehicles will have a significant impact on their businesses.

Predicted global revenues from the sale of light detection and ranging (LIDAR) systems – used as vehicle sensors – in 2026. That’s up from $230 million in 2016.

Millennials (born between 1982 and 2004) are twice as likely to ignore vehicle recall notices, compared to baby boomers.