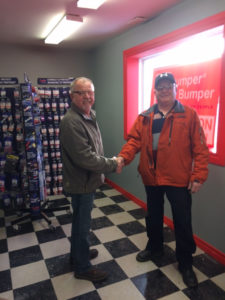 Christopher Dwyer, right, won a pair of tickets and is congratulated by Bumper to Bumper’s Harvey White in Lewisporte, Nfld. 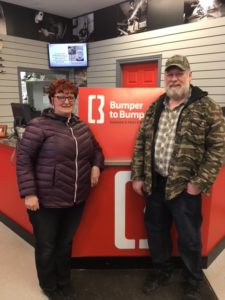 Diane and Baxter Penny were winners from the store’s Grand Falls, Nfld. location.

Bumper to Bumper in Newfoundland has given away trips for two to see the musical ‘Come From Away’ in Toronto to a pair of winners recently.

The show tells the story of what happened when more than three dozen plans were forced to land in Gander, Nfld. following the September 11 attacks in the United States. About 7,000 travellers were housed and fed by residents.

Come From Away has been featured on Broadway and has also seen runs in Seattle and Washington, D.C.