The Future of Car Design

The future is always in question, but the 2016 Canadian International AutoShow provides a look at what car designers and manufacturers have in mind for the vehicles that will be hitting our streets in the coming years.

A total of 11 concept vehicles will make their Canadian debut on the show floor at the Metro Toronto Convention Centre during the 2016 AutoShow, including: 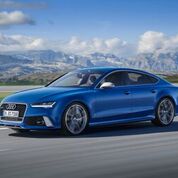 High range, swift refueling, sporty road performance: The Audi h-tron quattro concept car can boast all these virtues. It combines a highly efficient fuel cell achieving an output of up to 110 kW with a powerful battery that can provide a temporary boost of 100 kW. The car can be fully refueled with hydrogen in around four minutes, and is then ready to drivefor up to 600 kilometers. This vehicle will only be at the AutoShow on Media Preview Day, February 11. 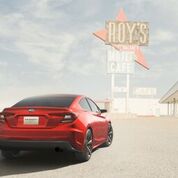 Rather than pursuing design for design’s sake, the essence of the Impreza Concept is that it expresses a distinctive style that conveys the energy and meaningful form of the vehicle – hinting at the design direction of not only of the new Impreza, but of Subaru’s future models as a whole. 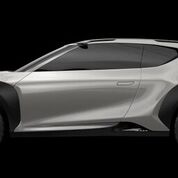 A subcompact SUV making its North American Debut in Toronto, the Enduro Is inspired by the endurance shown during the world’s toughest motorcycle rally events. A new interpretation of Hyundai’s signature design, the effect is the look of a crossover vehicle with raised ground clearance and SUV-style cladding yet sleek sheet metal with aerodynamic air-blades on the pillars give the concept a sporty-yet-tough appearance. 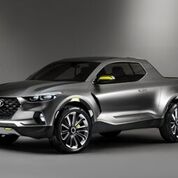 The Santa Cruz Crossover Truck Concept is a new look at a truck that would appeal to a growing group of Millennial buyers living in an urban environment. With compact dimensions, an extendable tailgate, rear-hinged rear doors, all-wheel drive, and seating for five, the Santa Cruz combines the benefits of a Crossover Utility Vehicle with the versatility of a truck. 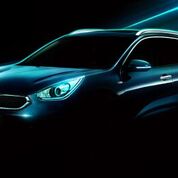 The first model to be based on Kia’s new dedicated eco-car platform, the Niro HUV is set to achieve a sub-90 g/km CO2 emissions rating (combined, based on the New European Driving Cycle) thanks to its all-new downsized gasoline-electric hybrid powertrain. The slim character line and rear windows emphasize the car’s sleek profile, while allowing greater room for the Niro’s muscular wheel arches. 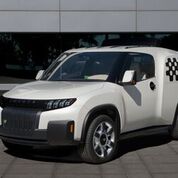 Toyota’s Urban Utility (U squared) concept vehicle is perfectly suited for today’s creative class. Making its global auto show debut in Toronto, the U2 boasts retracting roof panels and a uniquely configurable rail system for carting around all the needs of the mobile entrepreneurs and Makers. Toyota’s designers have created a masterful concept that truly embodies the spirit of today’s Maker from the inside out. 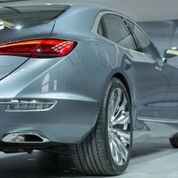 A sophisticated and intuitive expression of the premium automotive experience, evolved to be even more beautiful. Building on a 112-year heritage, the Avenir concept strikes an all-new pose that projects the design of Buick into the future. This flagship sedan was envisioned to catch your eye and keep the driver and passengers surrounded by Buick’s signature luxury and technology.

Other concept vehicles slated to be at the AutoShow include designs from Mitsubishi, Lexus and Nissan — which will also be displaying its unique Rogue Warrior, a Rogue equipped with a track system.