Is DIY making a comeback?

Chalk it up to another ripple effect of the pandemic — it appears more Canadians are choosing to take the do-it-yourself route when it comes to vehicle maintenance.

While the number of Americans choosing DIY for their vehicle’s needs is much more pronounced, according to DesRosiers Automotive Consultants, there has been an increase, albeit slight, in Canadians doing the same.

In an email entitled The Pandemic and Vehicle Maintenance – The Return of DIY?, the Richmond Hill, Ont.-based company noted that its modelling estimates that the do-it-for-me market in the United States fell 8-10% in 2020 as a result of the COVID-19 pandemic. Meanwhile, the DIY market across the border has gone in the opposite direction. DAC says this represents “the first substantive shift toward DIY in recent decades.” 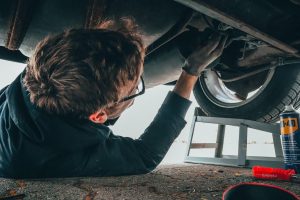 Indeed, DIY rates have been on a steady decline for most products over the last number of decades. This has been attributed to more complex vehicles leaving owners without the knowledge or tools to make repairs or handle maintenance, in addition to lack of available time.

“The second of these factors was thrown on its head during the pandemic, and evidence is emerging of a substantive uptick in DIY rates in the U.S. aftermarket,” said Andrew King, DesRosiers’ managing partner.

Of course, the Canadian and U.S. markets are different and DIY rates here don’t come near those in America. Still, DAC took a look to see if similar patterns were happening here.

It found that while the increase was not as strong as the U.S. market, Canada did see a slight increase in DIY rates in selected products.

It also noted that 28.6% of vehicle aged 13 and over had its oil changed performed by a DIYer. That’s compared to about 15% for vehicles in both the six- to seven- and eight- to 12-year-old categories.