Canadian new-vehicle sales numbers dropped dramatically in the second half of March, according to recent data from DesRosier Automotive Consultants.

Auto sales dropped 48% for the month, as the impacts of the COVID-19 pandemic started to be felt.

“New light vehicle sales were up in January and February, and sales seemed to be only declining moderately in the first couple weeks of March,” a release from the consulting company stated. “However, with provinces declaring states of emergency, Quebec closing down front-end dealerships, and many dealerships across the country voluntarily shutting down, March sales fell precipitously in the second half of the month.”

No brand came out unscathed with most brands reporting a one-third to two-thirds sales loss versus March 2019.

“Even with dealership closures, online vehicle sales remain an option for consumers,” DesRosiers pointed out. “However, hesitation and uncertainty dominate public opinion and most would-be vehicle buyers are putting off purchases for the time being.”

The outlook is for even greater sales declines in April and May. 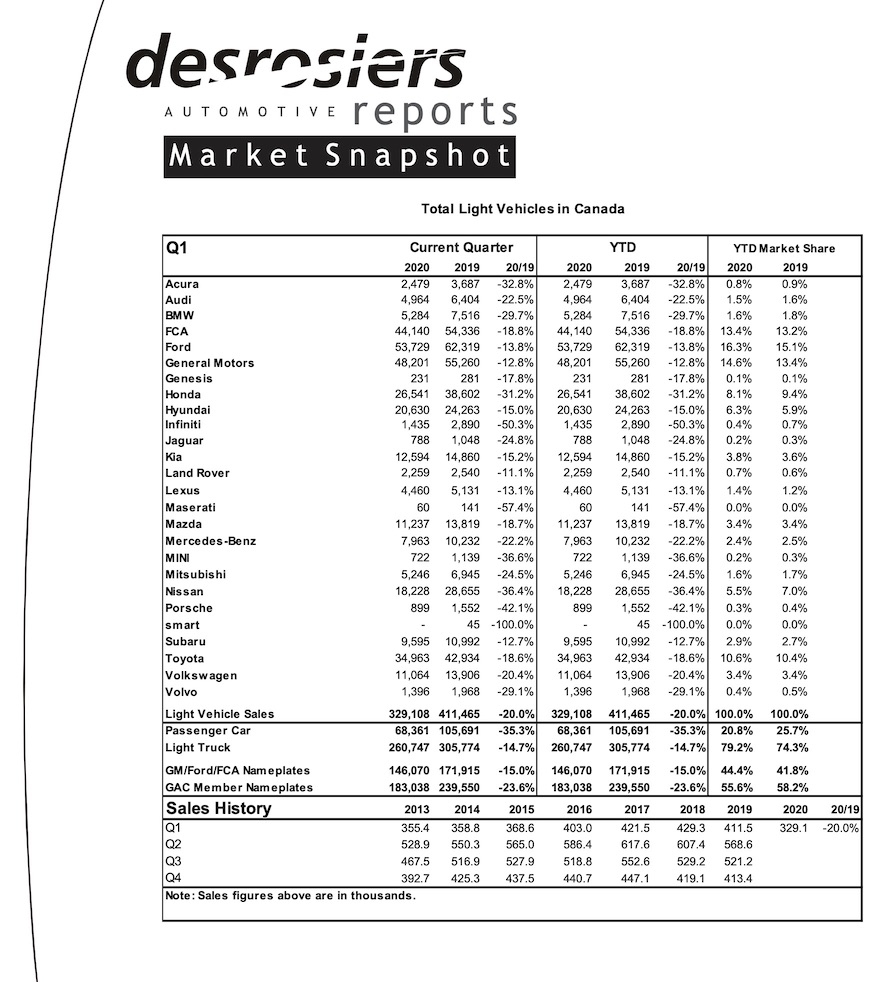