Modern shops need to embrace training methods that meet the needs of today’s apprentices, writes Greg Aguilera in the most recent issue of CARS. 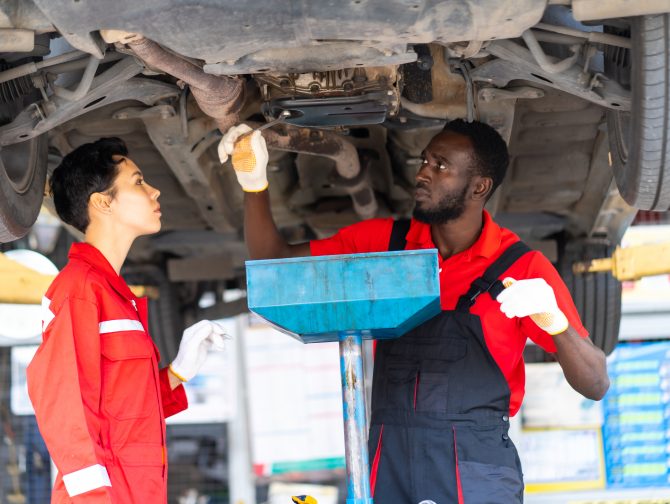 The automotive industry is similar the world over when it comes to the ‘rite of passage’ that we as professionals go through.

My career journey started in the U.K., sweeping floors, cleaning tools and making tea. Eventually, I got to help repair cars. I still remember that first job like it was yesterday: It was a rear brake line over a rear axle on a 1977 Mazda 323.

The optimist in me says that the industry has come a long way. My question is: How far?

Sure, we don’t ‘ride’ apprentices like we used to. But the ‘time served’ attitude has stuck. And in some cases, not for the right reasons.

Many have found themselves complaining that the younger generation is different — even going as far as calling them lazy. If we are honest with ourselves, we probably heard that when we started, too. The truth is, we need to motivate our teams in different ways now. Gone are the days of ‘do as I say.’ We need to paint a picture of the future and invite our young teams along and give them a sense of belonging. We need to show them the reasons why we are asking for things to get done.

I recently sat down with my former boss who I apprenticed under and asked him why he made me do the menial tasks repeatedly. His answer took me a little by surprise.

When we are focused on the bottom line and not our teams then we will always lose the fight. To change the direction of the industry, it’s up to us to evolve and develop to bring the next generation on board in the right way.

He told me that it wasn’t the task I needed to learn, but the discipline to carry out a job that was assigned. He explained that the motor vehicle should be considered a dangerous machine that, if not repaired properly, could kill someone. Following instructions is vital to correct repairs.

That conversation taught me a lot, though I wish he had told me that during those early days.

There are few of us in the industry that have taken people development courses or investigated people motivation as a subject area. Mentorship is going to be critical for the future health of our industry. And while we complained about our mentors while apprentices, we find ourselves doing that very same by complaining about our young teams.

When we are focused on the bottom line and not our teams then we will always lose the fight. To change the direction of the industry, it’s up to us to evolve and develop to bring the next generation on board in the right way.

If you have a team, seek out training for yourself and ensure that this includes mindset and people coaching skills training. This way we can build better teams for the future and maybe take one small step forward from where we are today.

Greg Aguilera is a director of IARN Canada, an organization dedicated to management development of independent repair shops in Canada