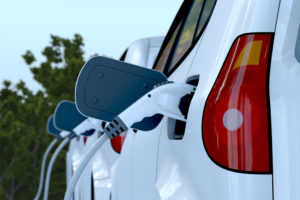 A new report predicts that there will be more than seven million plug-in electric vehicles on the road in the U.S. in less than a decade.

That would represent about three per cent of all vehicles expected to be on the road in 2025. In 2016, just over a half million plug-ins were sold.

To support this growth, five million charging ports will be needed, added the report, Plug-in Electric Vehicle Sales Forecast Through 2025 and the Charging Infrastructure Required. It was released recently by the Edison Electric Institute (EEI) and the Institute for Electric Innovation (IEI).

While the majority of plug-in vehicles are charged from home, consumers will expect to have the opportunity to charge their vehicles at work or in public places. Almost half of the needed charging ports, 2.2 million, will need to be developed as away-from-home charging stations.

Currently, the report said, charging infrastructure is paid for by the site’s host – a commercial building, the homeowner and so on. Electric companies, it added, are well-positioned to support infrastructure growth.