Uni-Select sales up, but belt tightening ahead 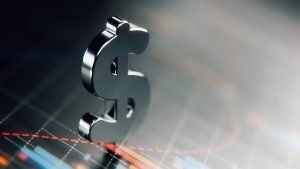 Quebec-based Uni-Select may have seen its sales go up compared to the same time last year, but its interim leader is warning about changes coming.

André Courville, interim president and chief executive officer of Uni-Select, said further efforts to improve efficiency at the Canadian distributor are ahead.

He announced the expansion of the company’s 20/20 initiative – find $20 million in annual recurring savings by 2020 – that was launched last year. Now, the company will look for another $5 million in savings by the same time. Calling it the 25/20 plan, Uni-Select has found $12 million in savings. To find another $13 million, layoffs, restructuring and other charges will need to take place across its three business segments.

In its third quarter financial results report, the company said it will reduce its workforce by less than 5 per cent of total employees.

“These initiatives are expected to benefit margins in the Canadian Automotive Group as well as The Parts Alliance and support margins at FinishMaster,” the company said.

For another $9-$11 million in savings, restricting and other charges will be noted in the final quarter of 2018 and the following 18 months.

FinishMaster reported sales of $214.2 million, up 3.7 per cent compared to the third quarter of 2017, which Uni-Select said was all organic growth. However, it’s EBITDA (earnings before interest, taxes, depreciation and amortization) was down to $21.3 million compared to $24.4 million last year.

In the Canadian automotive group, sales were below last year’s numbers as well, a 1.9 per cent drop to $131.1 million. The company attributed this to a weaker Canadian dollar and number of billing days. Organic growth, it said, was up half a per cent.

The Parts Alliance UK saw sales of $103.5 million, up 85.8 per cent. The company pegged organic growth at 9.4 per cent, thanks to opening greenfield locations and expanding the footprint of the company in the country.