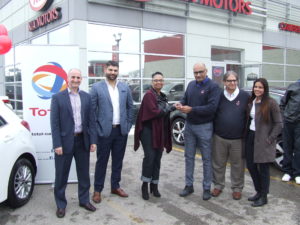 Amanda Poyser of Kitchener, Ont., drove away in a brand new Kia Rio EX after winning the Total Canada “’Resist the Cold this Winter with Total Quartz” promotion.

Amanda’s name was pulled from more than 35,000 eligible entries from across the country.

“Along with the day I married my husband and the day I had my daughter, this was one of the great deals of my life!” she said.

Total thanked its partners, Ultramar (Parkland Fuel Corporation) and Kia Canada who contributed to the success of the contest. 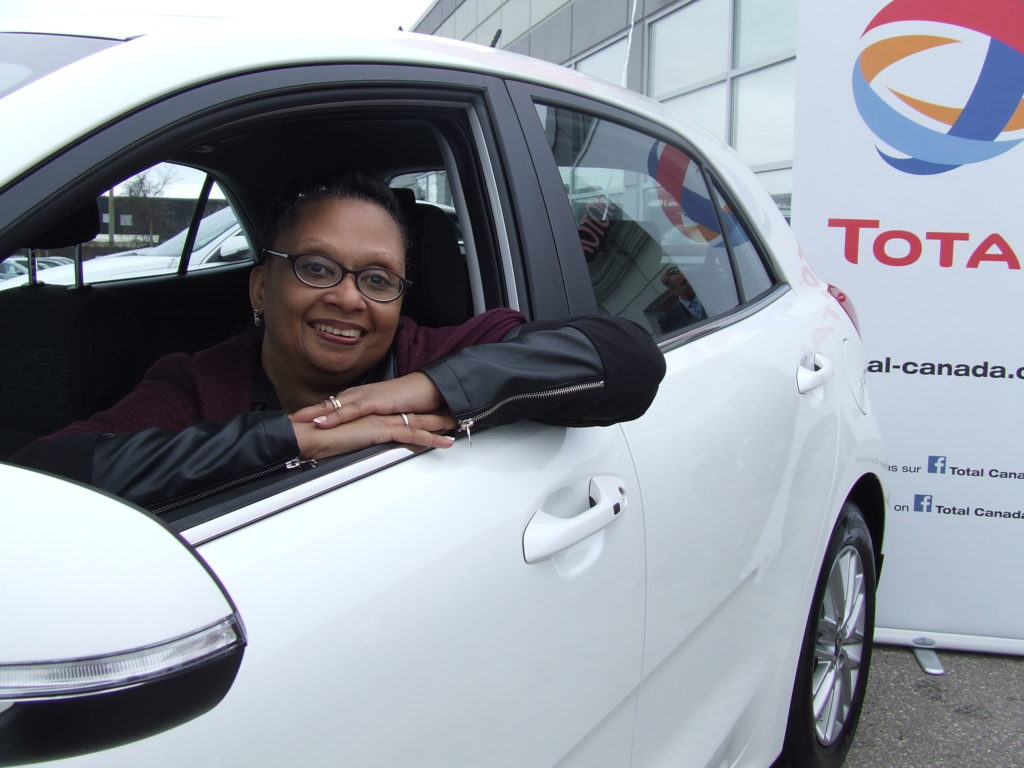 Amanda Poyser of Kitcher in her new Kia Rio 5 EX, the top prize in Total Canada’s “’Resist the Cold this winter with Total Quartz” promotion.