In an era where competition is fierce, talent is scarce, and #MeToo is an international movement, traditional male-dominated companies are looking to attract, retain, and promote more women.

That strategy is certainly becoming increasingly common in the automotive aftermarket.

Not only is welcoming women into the workforce a matter of fairness and equity, it also brings a wide array of benefits.

For one thing, it’s undoubtedly good for business.

Katie Mares, a professional speaker and leadership expert based in Toronto, notes that women make 90 per cent of all household purchases and affect decisions for two to three generations. Having women on your sales team, at your counters, in your administration, and helping to run your store can directly affect the bottom line.

“You create a culture that spills over to customers,” says Mares.

Indeed, there appears to be a strong financial link between having women in senior positions and black ink in the ledger.

A 2016 working paper from the Peterson Institute for International Economics reported that having women at the C-suite level significantly increases net margins. The Washington, D.C.-based research firm drew its conclusions from interviews with 21,980 firms from 91 countries.

“A profitable firm at which 30 percent of leaders are women could expect to add more than 1 percentage point to its net margin compared with an otherwise similar firm with no female leaders,” the report states. “By way of comparison, the typical profitable firm in our sample had a net profit margin of 6.4 percent, so a 1 percentage point increase represents a 15 percent boost to profitability.”

There’s another factor driving aftermarket and automotive industries to hire more women and move them up the ranks: the dearth of qualified talent. The Conference Board of Canada predicts that one million skilled workers will be needed by 2020. Although many jobs will go unfilled due to the lack of skilled workers, women remain significantly underrepresented in multiple sectors, including the automotive aftermarket.

“Manufacturers in Canada are having a hard time recruiting women into trades,” says Josie Candito, co-owner of Master Mechanic High Park in Toronto. “Given the fact 40 per cent of the skilled trades workforce is expected to retire within 10 to 15 years, if they don’t find a solution soon, they won’t meet the demand. Ironically, they’re now starting to realize they need to attract more women to help solve the problem.”

In its study, Advancing Women in Automotive Knowledge Exchange Needs Assessment Report, the Automotive Industries Association (AIA) of Canada makes four key recommendations. Two of those are targeted at employers.

First, it is calling on companies to create more inclusive workplace cultures free of inappropriate “pinups” and commentary, where male and female colleagues are accorded equal respect and advancement opportunities.

“You can’t bring women into a male culture and expect them to feel welcome,” says Chris Hornberger, a partner with Halifax Global Inc., a management consulting firm based in Nova Scotia.

She points to such seemingly innocuous issues as social events. “How many women actually golf or are really interested in axe throwing?”

The answer may be that many women have these interests, but you won’t know if you don’t ask, stresses Hornberger. “You have to include them in the planning. Don’t make assumptions.”

Female employees in this sector typically feel undervalued, stresses Mares. “They feel like they don’t have a voice.”

That invisibility came through clearly in the 32-page AIA report, which is based on the results of nation-wide focus groups of women employed in the automotive aftermarket industry and supplemented by an online survey of human resources insiders. There’s a perception that the sector is intended for men and run by men. This affects how women feel and how women are treated.

AIA focus group participants acknowledged the significant challenges associated with being “one of few” within a workplace, the report notes. “Regardless of whether they worked in an automotive shop or in a corporate office, participants shared the feeling of being intimidated when they were the ‘only females in the room.’ This was often related to their perception that they had to work twice as hard as their male colleagues in similar roles. General consensus among participants was that they felt pressure to ‘prove’ that they were competent enough to perform the duties associated with their role.”

Mares recommends managers and owners make concerted efforts to engage women in the workplace. This relates to asking for their input and recognizing the value of that input to building a successful business. “Ultimately, it is about respect,” says Mares.

A survey of the automotive sector conducted last year by Deloitte found that women identify formal and informal mentorship and sponsorship programs as the most effective tools a company can implement to help pave the way for attracting and retaining women.

Hornberger recommends training, specifically sensitivity and inclusiveness training. It is also helpful to establish an employee committee to oversee and drive inclusion, she notes. Such initiatives enable employees and employers to look at the workplace through a new lens and they reaffirm the importance a company places on both being inclusive and diverse.

It is particularly important that senior leadership be seen to be firmly committed to such initiatives. Equally important: that managers act when situations arise.

“Make sure managers are aware of what is a welcoming culture and are prepared to intervene when it isn’t,” says Hornberger.

She points out that while enhancing the work environment to attract and retain women is both important and expected, the issue is that such thinking is about more than men and women. It’s about diversity and openness. When you change the culture, change it so that newcomers, members of the LGBTQ community, and people of all races feel at home and valued in the workplace.

“You can’t continue,” says Hornberger, “to do things the way they’ve always been done.” 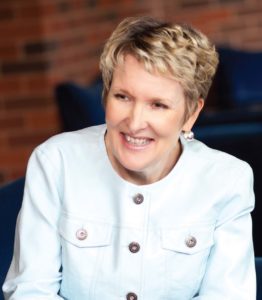 donalee Moulton is a freelance writer based in Nova Scotia.