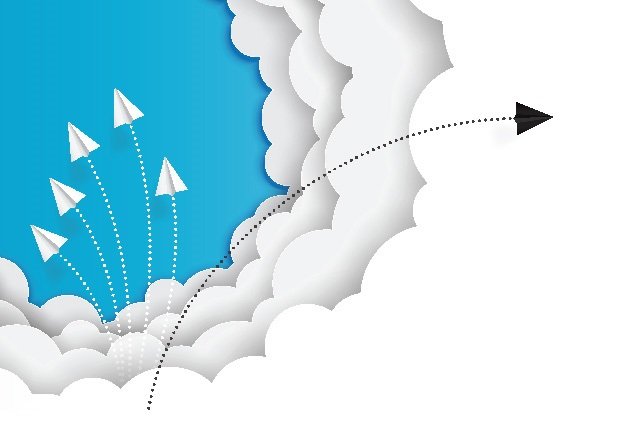 For the last two years, supply chain issues — lost production, parts scarcity, cost of goods, freight prices — have loomed larger on virtual boardrooms and water coolers than EBITDAs and office politics. It was topic du jour at every automotive conference I have attended recently. Not a week goes by when it does not come up in a client meeting.

The pandemic hit everyone from automakers to parts manufacturers to jobbers all around the world. The Russia- Ukraine war has only made it worse, particularly for Europe. Dealer lots are empty, car and part prices have skyrocketed, and fulfilment woes continue.

Despite the persistent gloom, there is growing consensus in the industry that we will likely come out of the supply chain crisis by early 2023. However, the fallout from China’s zero-COVID measures could push that by a few more quarters.

But, when we finally overcome the current challenges, what will things look like on the other end? How will automotive stakeholders react to the biggest shock they have faced since the Great Recession?

Most observers, yours truly included, believe that we are headed for the biggest supply chain transformation since just-in-time (JIT) or China’s entry into the World Trade Organization. One could argue that once we blow past the current mess, the industry will return to business as usual.

But I think this time it will be different. Companies are not simply talking up changes. They have started to roll out strategies that indicate that a tectonic shift is coming.

Here are four ways in which auto parts procurement and distribution will be re-wired for good (or at least till the next disruption):

Probably the most obvious outcome of the current crisis. The shift away from the Asian powerhouse has been a while in the making. The pandemic is speeding up that change. After years of outsourcing parts production to China (particularly in the aftermarket), there has been growing consensus that the cost of making — and transporting — parts there are catching up to local or near-shore (read: Mexico) production costs. When freight prices quadrupled last year, the case against China only grew stronger.

The strongman geo-politics of Chinese leader Xi Jinping is not helping either. The tariff wars, pro-China jingoism, and tacit support of Russia have made the country less palatable to CEOs. Uncertainty is anathema to business leaders.

But China’s production capacity and labour market are simply too large to ignore. Despite the current handwringing, en masse exit from China is extremely unlikely. Instead, companies will diversify production — either bringing some closer to home or creating backups in other Asian countries such as Vietnam, Thailand and India.

Companies are not simply talking up changes. They have started to roll out strategies that indicate that a tectonic shift is coming.

Ever since Toyota showed the way in the ‘80s, the lean philosophy has served the automotive industry well — lowering costs and fattening margins. But the pandemic exposed the shortcomings of the JIT model. When sourcing and production felt the squeeze, “no fat” networks fell apart fast.

The length of the average auto supply chain made matters worse. Even with higher expedited shipping costs — at a time when freight prices were at its peak — products often sat around at multiple ports due to labour shortages.

While it may add cost, suppliers and retailers will likely move toward plumper inventory models — particularly those with longer supply chains. A recent Automotive News study showed that over a third of automotive companies are interested in increasing their inventory levels, even if that translates to higher operational costs.

The industry has different names for this strategy. Some call it inventory banking, some call it shortage gaming. One called it the just-in-case model.

This inventory-heavy approach is unlikely to last forever. One can expect some level of normalization once we are past the current crunch. But some supply chain “fat” is here to stay.

The manufacturing supply chain is often a zero-sum game. OEMs often lock suppliers into long-term, inflexible contracts with the premise of cost concessions over the lifecycle of a product. Tier-1 suppliers do the same to Tier-2s — the ‘win-lose’ approach flows downhill.

The structure had become so entrenched that everyone in the ecosystem accepted it as the cost of doing business. But the pandemic was the straw that broke the camel’s back. For example, increases in freight costs — which would be generally absorbed by a supplier — became so onerous that many were forced to push for price increases to their customers or risk going out of business. Top of chain companies were given the ‘take it or leave it’ option — a rarity in any supply chain, even more so in automotive. (The recent Frito-Lay/Loblaws standoff is a good Canadian example of this trend).

But the friction is giving way to a cooperative ecosystem. At the Automotive Aftermarket Suppliers Association Vision Conference in April, collaboration between parts retailers and suppliers was championed as pandemic highlights. Going forward, this spirit is likely to continue — because it makes business sense. Supply and freight contracts will become more flexible, particularly with pricing. These agreements will be driven less by lock-ins than by market-based, indexing rules, collaborative evaluations, and value-based factors.

The automotive supply chain has been getting smarter for decades. But, for all the promise of Manufacturing 4.0, IoT and AI-based platforms, the last two years showed that it is not smart enough yet. A recent McKinsey survey of global supply chain leaders shows that 73 per cent of planning still happens on spreadsheets. SAP software came closest to manual planning with over half of respondents claiming use.

But multiple sourcing, inventory banking and flexible contracts can have no meaningful impact without accurate forecasting, predictive inventory planning, and other data-driven insights. The same McKinsey survey reports that 60 per cent of respondents plan to use AI tools while one in five are already using them. These predictive tools generate more visibility and facilitate end-to-end planning, creating a virtual network that will both mirror and shape the physical supply chain.

But the simulations will be as good as data from the ground. To that end, we will see more investments in IoT environments in manufacturing, warehousing, and transportation. These ‘smart’ nodes will finally generate the data to provide the required visibility and create a virtuous cycle between the digital and physical supply chains.

Kumar Saha is the Toronto-based Vice President (U.S.)/Managing Director (Canada) of global automotive intelligence firm Eucon. He has been advising North American automotive industry for over a decade and is a frequent conference speaker and media commentator.