Techs in a time crunch 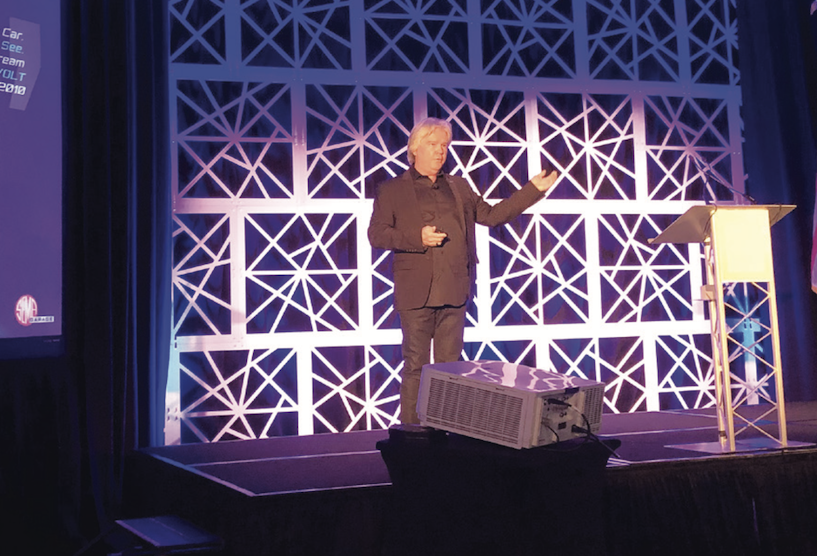 John Waraniak pulls no punches when he talks about the impact of advanced automotive technology on the automotive aftermarket.

Armed with dozens of arresting slides in his presentation deck, the vice president of vehicle technology for the Specialty Equipment Manufacturers Association, says auto repair professionals are in for a wild ride in the years to come, as engineers roll out mind-blowing products.

“The autonomous vehicle is the biggest disruptor of our lifetime,” he told delegates at a recent Equipment and Tool Institute conference. “Make no mistake about it. We are in a period of massive change in this industry.”

It’s a message that is being told every time shop owners and technicians get together. Great transformational change is rewriting the rules of the aftermarket.

‘The aftermarket cannot
remain in the 21st Century
when the manufacturing sector
firmly moves into
the 22nd Century.’

Hardly an industry event goes by anymore where the subject of advanced vehicle technology isn’t front and centre, with a special emphasis on how shops need to evolve in coming years just to keep up.

Shop owners and technicians alike have already had to start adapting to fundamental changes at almost every level of the business – from how the vehicle works, to how it is diagnosed, what tools are needed, how service information is accessed, and where to find the best training.

On top of all that, demographics and social media are radically altering how consumers find service providers and how they expect to be treated.

All of these changes are well monitored by industry associations. But what is less often discussed is how this ongoing evolution is affecting stress levels within the shop right now.

A recent study by IMR Inc., an automotive research firm based in Naperville, Ill., has found that shop owners and technicians identify new technology issues as being their biggest hurdle to overcome.

Asked to rate the biggest challenges facing auto repair shops, the most common answer from owners (31.6% of respondents) was “Staying up to date with advanced diagnostics.”

The answer was even clearer from technicians themselves, who put technology-related issues in the top six spots. Their biggest concerns are finding time for hands-on training, staying on top of advances in vehicle technology, affording new diagnostic tools and software, understanding electronic systems, and having broad repair skills.

“The rapid pace of changing technology has put automotive technicians in a time crunch,” the research company concludes. “The core challenge is simply to keep up with system changes and diagnostic procedures.”

While automotive shops mentioned keeping up with advances in vehicle technology (31.1%) as a challenge, they also believe their technicians will be specifically challenged with having broad enough skills to be able to repair all types of vehicles (17.5%) including older, newer, foreign and electric vehicles.

The challenge of keeping up with technology is hard enough without roadblocks imposed by carmakers, says Diane Freeman, executive director of the Automotive Aftermarket Retailers of Ontario.

James Shields, president of Tommy’s Motors in London, Ont., said it is clear automotive repair and service shops need to be well aware of what will be expected of them in coming years. Shops will have to study, train, and tool up if they’re going to stay in the game. And they’re going to have to lobby hard for service information.

“This is going to become more dire every year,” he said.

“It’s insidious,” he said. “You slowly become unable to handle this make and then that make. This is something we have to take very seriously!”

Jason Best of Spectra Premium Industries is the former chairman of the Automotive Industries Association of Canada. He’s been advocating for an aftermarket response of new training and management responses to the technological revolution that is underway.

In his incoming speech, he described the evolutions he has seen in the automotive industry during his career.

“The challenges that we see today and those that we are anticipating in the future require adaptation from everyone in our industry,” he said. “The aftermarket cannot remain in the 21st Century when the manufacturing sector firmly moves into the 22nd Century.”

“The emphasis on keeping up with diagnostic technology was especially noted by larger shops,” it reported. “Only 18.0% of shops with one to three bays prioritized that concern, compared to 37.1% of shops with four to seven bays, and 38.3% of shops with eight or more bays.”

The IMR study also looked at what advice technicians and shop owners would give to young people considering a career as a technician. By far the biggest guidance offered was to focus on education and training.

The most common piece of advice aimed at young people who are considering a career in automotive repair is to “get the best education possible.” That was the advice of some 35.5% of respondents.

Almost one in five technicians (19.6%) recommended taking as much employer-paid training as possible.

Industry watchers have long urged the aftermarket to make a more dedicated commitment to ongoing training. By all accounts, the days of resting on experience are over. New, previously unimagined technology is coming… and technicians are going to have to go back to school.