Putting weight – and reliability – back into chassis parts

As vehicles get lighter, consumers need to be enlightenedabout what that means for their cars. 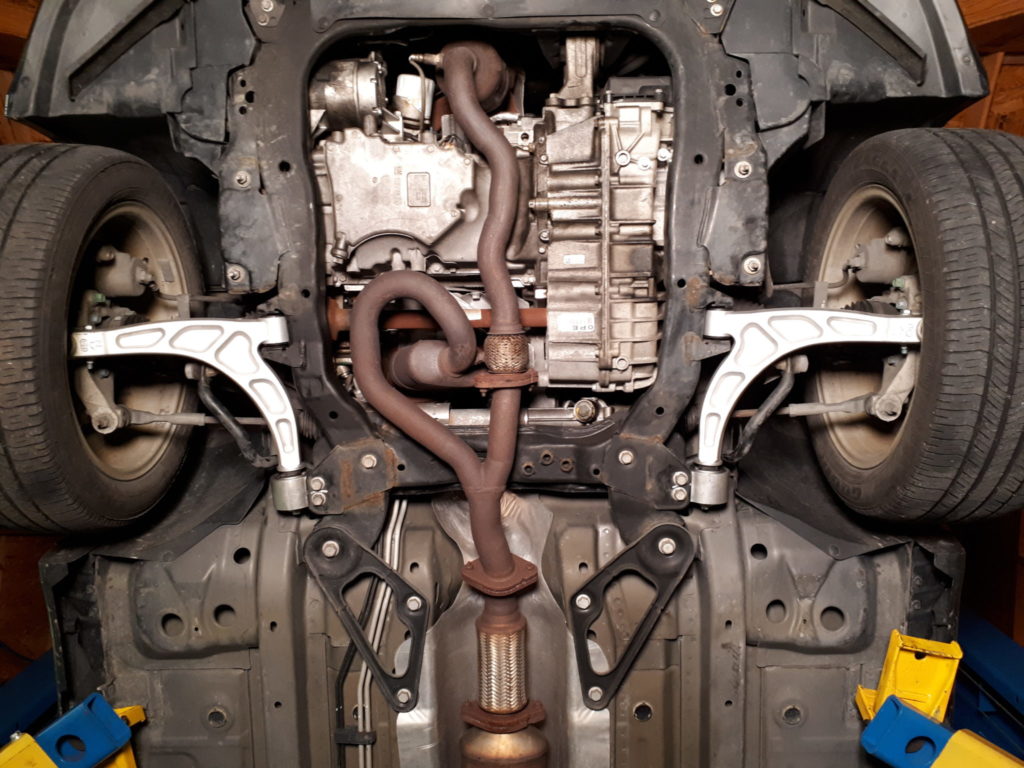 The U.S. government’s demand for fuel economy improvements – initially introduced in the late 1970s – has become a force for radical vehicle evolution in recent years.

The irony is that the many of the most recent design changes that emanate from OE engineering departments may be having an unintended consequence: they could be making aftermarket parts more attractive to value-conscious consumers.

Having exhausted the easiest ways to increase fuel mileage, car makers have lately become obsessed with chassis lightweighting – the process of removing any extra pounds from steering and suspension components. And while that may help them get to their corporate average fuel economy (CAFE) target, taking weight from control arms, idler arms, stabilizer links, and other undercar parts often means less rigidity, poor durability, and premature failure.

“Taking weight out is definitely one way to improve fuel economy,” says Gord Paton, engineering and R&D manager for chassis parts manufacturer Mevotech. “But it comes at a cost.” 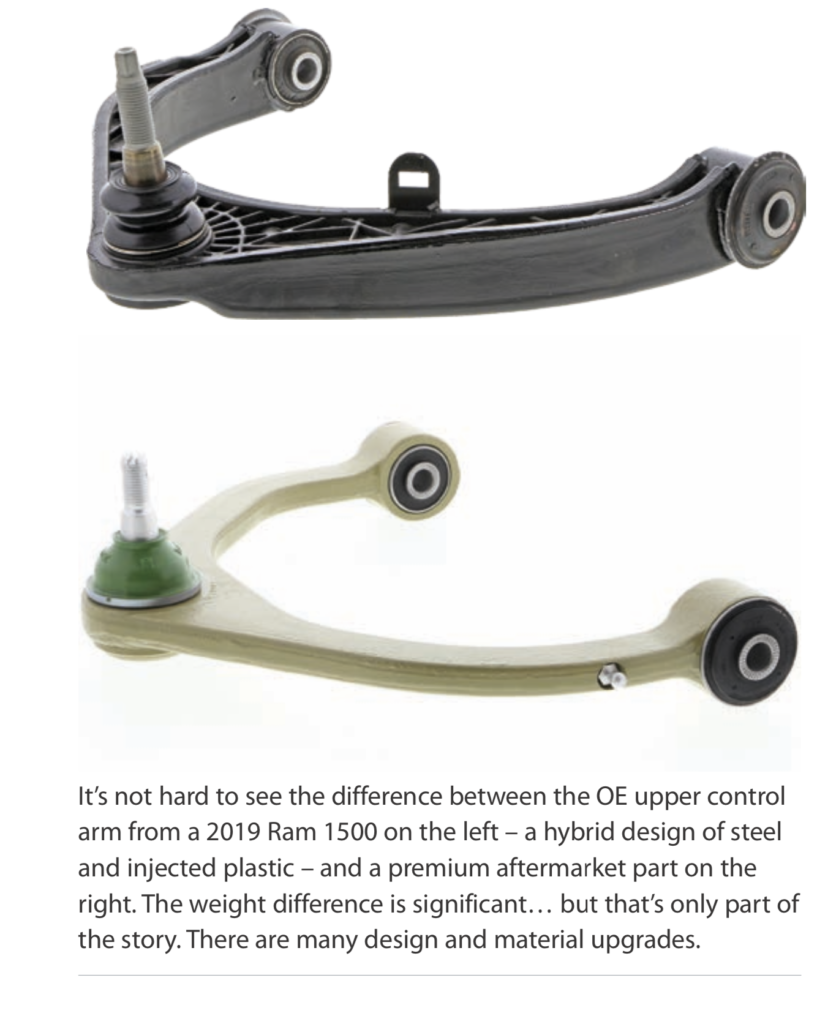 A side-by-side comparison of OE parts and beefed up aftermarket replacement parts can be very enlightening indeed.

Parts that are meant to be solid and robust are now leaving the factory looking rather anemic. And a simple twist test will show they do not possess the strength they used to.

“This is one of the best places to see the impacts of lightweighting,” says Paton. “Chassis and suspension parts show the stark differences between OE products and aftermarket replacements.”

Part of that comes from not removing the weight. Part of it comes from watching failure rates and improving on the OE design. Premium aftermarket parts typically correct engineering flaws, reinforce joints and connections, use premium materials, and offer lubrication options rather than “sealed for life” designs.

Metal-to-metal bearings, for example, are three times more durable than polymer bearings. But most carmakers only worry about getting their vehicle through the warranty period. A bearing that is sealed for life (Paton calls it “sealed for death”) simply won’t last as long as a robust bearing that has a grease fitting.

Consumers may think they want OE parts but it’s getting easier to say, ‘No, actually you don’t.’ That’s not what’s best for the vehicle.

Paton says the aftermarket has long battled the perception that meeting factory specs is indicative of a premium part. That’s no long a certainty.

“That may be the case when it comes to electronics or interior trim parts,” he allows. “But chassis is different. It sits in a different part of the vehicle, where age and kilometers turn a new vehicle into an aftermarket vehicle. Springs have sagged, bushings have worn, the suspension geometry has changed. It is under more stress and load.”

The weight that was removed is more than put back in a vehicle when the driver picks up some passengers or throws a case of beer in the trunk. So those fuel savings are gone anyway.

“The CAFE standards are measured through very specific tests where factors are all controlled. That’s why you hear that ‘your mileage may differ.’ Once you get in the real world, those weight-related fuel savings are out the window,” he says.

When it’s time to replace chassis parts, the sensible thing is to use sturdier parts that will handle the challenge time and terrible roads. What carmakers won’t admit is that part of their motivation for removing as much weight as possible is to drive down production costs.

“Production cost is measured by weight. Every pound you take out of the vehicle reduces the cost to make that vehicle,” says Paton.

Putting the weight back is particularly important for high-mileage, high-use vehicles like pickups or hard-used fleet vehicles like taxicabs and police cars.

Some consumers will remain unconvinced.

“If it’s just fuel efficiency they want, it’s time to educate them. If it’s cost savings they want, its time to explain that cost can also be measured in durability and performance,” Paton says. “It’s time to introduce them to the concept of good-better-best. If price is truly an issue, there is a product out there for them.”

But ultimately, part of the conversation has to be that, believe it or not, the OE spec is not always the best spec.

That can be a hard sell because there’s a belief that whatever came with the car is always the best option. But that’s just not the case anymore.