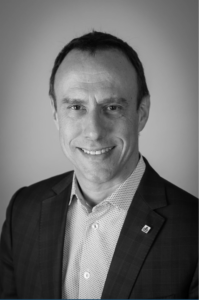 Jean-Francois Champagne told a webinar audience yesterday that Europeans and Pacific rim governments are moving to address obstacles to fair competition when it comes to vehicle service.

“I would say the European Union is a little ahead of us in that regard. There has been more research by the EU Commission with regard to lack of competitiveness as a result of action by automakers to control that data,” he said. “Australia is also moving in that direction. So, I would hope that the Canadian and U.S. governments would also take steps in this matter.”

He suggested the issue will become more obvious to legislators with the passage of time.

“We used Facebook for the better part of a decade before legislators started to realize they might have to regulate that kind of technology,” he said. “I think we might see the same thing with autonomous and connected cars. Hopefully it will take less time to get there.”

On the webinar, dubbed “Automotive Diaries: Coming out Stronger Post-COVID19,” Champagne referred to a Quorus Consulting Group survey, undertaken on AIA’s behalf, which showed that the largest cohort of vehicle owners (33%) believe they own the data that is generated by their vehicles. A slightly smaller group (32%) have the truth of the matter, that vehicle data is currently the property of the vehicle owner.

Another survey question revealed that “fully 88% of Canadians will tell you they believe the owner of the car should be the person who owns and controls the data from their car.”

Asked whether motorists in North America will be able to “profit” from their vehicle data, he said, “I hope so. I think it will come down to legislation. It is going to be up to policy makers to put in place some aspect of protecting consumer right to own and control their data.”

Champagne said the root of the vehicle data campaign is consumer choice.

“Wherever consumers take their vehicles to be serviced – whether to an aftermarket facility or a dealership – the location should have access to the tools, service information, training, and parts that allow the vehicle to be repaired,” he said. “You have to make sure that consumers still have the right and the ability to choose where they want to have their car serviced.”

He said automakers are still trying to deflect questions about data ownership, and are “positioning themselves as the only trusted gatekeeper of vehicle data.”

The webinar, organized by the Marketing Research and Intelligence Association, was intended to examine the latest insights into vehicle owner behaviour and attitudes. Other speakers included Michaela Mora of Relevant Insights, and Stephen Popiel of Phoenix Marketing International and Automotive Canada.