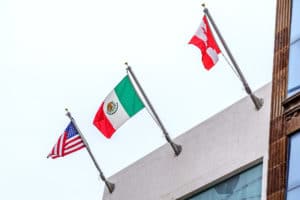 The Motor & Equipment Manufacturers Association (MEMA) – of which the Automotive Aftermarket Suppliers Association is a division – issued a statement following the bilateral “understanding” announced between the United States and Mexico.

“MEMA has been a leading voice in Washington and around the country advocating for a positive renegotiation of the North American Free Trade Agreement (NAFTA). While we appreciate the progress made by the Trump Administration and the Mexican government, we encourage a renewed focus on a three-party agreement that includes Canada,” it said, also noting that it has concerns about American jobs.

“Furthermore, at the close of the negotiations between Mexico and the United States, the parties agreed to a potential cap of Mexican motor vehicle parts exports into the U.S. MEMA is concerned that this may serve to decrease American manufacturing jobs and exports and put U.S. businesses at a global disadvantage — all while increasing costs to consumers. We are anxious to review the specific requirements with our members.”

U.S. President Donald Trump announced an “understanding” between his country and Mexico that could lead to the overhaul – or termination – of NAFTA. See more of that story here.