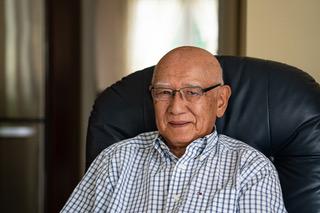 Though long retired, many in the automotive aftermarket are feeling the loss of a good friend.

Kiyoshi, or Kiyo, Nonomura died last week at the age of 89.

Ken Coulter, president of Specialty Sales & Marketing, passed on the news to industry colleagues shortly after. He called Nonomura “probably one of the nicest men to pass through our industry.”

According to Coulter, Nonomura suffered a stroke. His obituary noted that Nonomura died peacefully on August 2 at Brampton Civic Hospital in southern Ontario.

He was a shipper receiver in Lethbridge and worked his way up to Vice President of Purchasing for an automotive aftermarket distributor in Toronto. He was well respected in the industry and was known as a shrewd but fair negotiator. His role allowed him to travel to many places around the world, and Kim was often able to accompany him.

Nonomura was born in Vancouver on October 20, 1932. He married Kim in 1954 and they moved to the Greater Toronto Area in 1969. He worked his way up from a shipper/receiver in Lethbridge to vice president of purchasing in the automotive aftermarket.

“He was well respected in the industry and was known as a shrewd but fair negotiator,” his obituary stated.

He is survived by his wife, his sons Kent and Kevin and his grandchildren David, Michael and Robert. He will be missed by his sister Audrey Nishikawa and also by his many nieces and nephews.

A celebration of life will be scheduled.