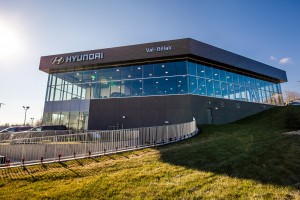 Hyundai and Kia are recalling more than a half-million compact cars in the U.S. because the brake lights may not go out when the pedal is released.

The companies say in documents filed with the government that a polymer stopper pad between the pedal arm and the light switch can deteriorate, allowing the switch to stay on. That can keep the brake lights illuminated and also let a driver shift out of park without putting a foot on the brake.

Neither company reported any crashes or injuries.