We have a deal 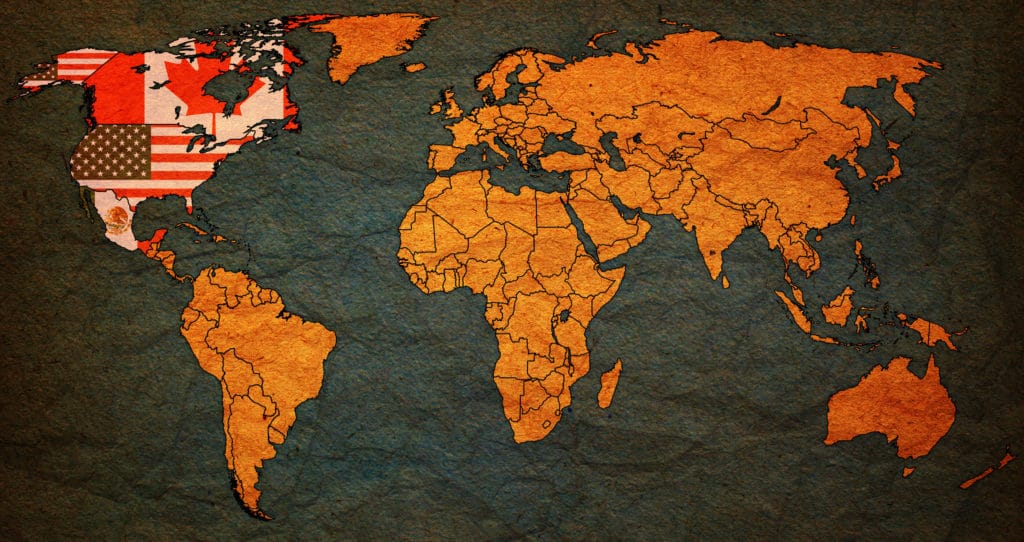 That loud noise you heard at the end of September was a collective sigh of relief after it was announced that Canada had ﬁnally been brought on board as part of a new trade deal in North America.

The United States-Mexico-Canada Agreement (USMCA, or NAFTA 2.0 as some are calling it) was announced as last minute as you could get, just before a midnight deadline. It’s still pending ratiﬁcation from governments and an ofﬁcial signing ceremony, hoops that many experts – including those in the automotive aftermarket – are hoping the deal gets through without any hiccups.

Surprises are what many don’t need as it was already concerning enough when Canada looked like it would be excluded, leaving the U.S. and Mexico as the only dance partners.

“It would be hard to see how the USMCA or the supply chains could function without the inclusion of Canada,” said IHS Markit automotive group senior analyst Peter Nagle in Michigan.

“It’s important that Canada is part of this deal,” said Ann Wilson, Washington, D.C.-based senior vice president of government affairs with the Motor & Equipment Manufacturers Association (MEMA), which represents both the OE and aftermarket sides. “Because, as we all know, we’ve built a North American supply chain – not just for original equipment but for the aftermarket as well – that depends on the full participation of all three countries.”

“To be able to reach an agreement that will provide better stability and less uncertainty is deﬁnitely very welcome.”

In Canada, the Automotive Industries Association was happy that the uncertainty has been laid to rest.

“It put everyone at a standstill,” said AIA president Jean-Francois Champagne. “To be able to reach an agreement that will provide better stability and less uncertainty is deﬁnitely very welcome.”

“I think it’s good news for the aftermarket overall – particularly for Canadian suppliers such as Mevotech or Spectra – which have done really well in the U.S. market for the last few years,” said Kumar Saha of Frost & Sullivan in Toronto. “It allows them to continue their market share expansion.”

But now it’s time for the aftermarket – and automotive industry overall – to roll up its sleeves and ﬁnd opportunities in the agreement, while preparing itself for challenges.

What about those caps?

Tariffs were naturally a concern for those in the industry. U.S. President Donald Trump threatened to impose them on any vehicle entering the U.S. from Canada if a deal wasn’t reached. While not eliminated, Canada and Mexico have been given signiﬁcant wiggle room to grow through side letters that limit how much each country can produce.

The USMCA will shield the ﬁrst 2.6 million Canadian car exports to the U.S. from any tariffs. Canada averages well below two million currently.

Vehicles will also get tariff-free treatment if 75 per cent of its content is made in North America, up from 62.5 per cent in the current NAFTA.

Canada can also export US$32.4 billion in auto parts to the U.S., up from the current value of $23 billion.

“Sometimes the aftermarket thinks those are details that only apply to vehicle manufacturers – the cap applies to them, too.”

The agreement further requires that 70 per cent of the steel and aluminum used must originate in North America.

And don’t think this only matters to carmakers and OE suppliers. The aftermarket needs to pay attention as well.

“Sometimes the aftermarket thinks those are details that only apply to vehicle manufacturers – the cap applies to them, too,” Wilson said.

No one likes limits. A cap on how many auto parts can be brought into the U.S. from Canada and Mexico will be challenging. It’s bound to create plenty of confusion and it’s not yet clear how it will impact the aftermarket.

As parts go back and forth across the border multiple times in the manufacturing process, how will they be valued? Industry could argue that an unﬁnished part has no value. Government may disagree. Who is going to measure value? Will value be measured each time the part crosses the border – opening up the potential for double dipping?

“And what is the impact on the aftermarket versus original equipment?” Wilson wondered. “Those are going to be very important questions because the automotive aftermarket is going to be included in that cap.”

“You can hit the parts market in several different ways,” said John Jackson, professor at the Automotive Business School of Canada at Georgian College in Barrie, Ont. “One of them is impacting the value and taxation of raw materials. But then there are processed materials or reﬁned materials that are used and you could tax that. There could be taxation on product distribution. You could have taxation on the application of these products into vehicles.”

So where is material supposed to come from? Don’t forget, the U.S. also has signiﬁcant tariffs in place against China.

“As it currently stands, the United States doesn’t really produce sufﬁcient volumes of some specialized aluminum and steel products that are needed for the auto sector,” Jackson said. “And that’s a bit of a concern here because we in Canada have been able to provide that kind of supply. I would hate to see us lose a lot of that opportunity.”

Highlights from the USMCA

The MEMA is pushing hard for these tariffs to be taken off the table.

“We’re encouraging our country and Canada to come to some agreement because it’s so important for those materials to be able to cross our borders,” Wilson said, adding that it could very well be that tariffs remain in place against other countries.

“If in fact those tariffs will be imposed by the United States, we would deﬁnitely like for them to be imposed on countries other than Canada,” Champagne said. “We’re always advocating for no tariffs at all.”

Furthermore, costs will continue to rise in the aftermarket so long as tariffs are in place as raw material prices go up. Will those costs be absorbed or passed on to the customer? You can bet the latter.

“The tariffs continue to baffle me,” Saha said. “I think they will eventually go away but it’s a constant reminder that we got a hard bargain.”

With greater North American content required under the agreement, it could present an opportunity for the aftermarket.

“We could see some new investments by suppliers speciﬁcally tailored to the original equipment side. Some of those investments could flow to the aftermarket business,” IHS’s Nagle said.

Suppliers that may not have much more than a toe in the OE waters may want to invest further.

“We might ﬁnd that there will be opportunities for businesses to bump up their product proﬁle in the supply of various parts and components,” Jackson said.

This deal should also push Canadian suppliers to look to expand their base abroad in places like Europe, India or China.

“We may not have much of a choice because of geography but our part suppliers need to start seriously looking beyond the U.S.,” Saha said. “If I learned anything from the last few months, it’s this: Go global – think outside North America.”

“If I learned anything from the last few months, it’s this: Go global – think outside North America.”

‘Not business as usual’

One way the USMCA sets itself apart from NAFTA is that it zeroes in on rules of origin. It will require greater documentation on where every little part comes from. Suppliers will no longer be able to use poor paperwork as a rationale for claiming an imported subcomponent as domestic.

“USMCA is really going to crack down on those practices. Those details are really going to matter and really force OEMs and suppliers to have a more thorough documentation of their entire supply chain and a much more accurate representation of those content levels in parts and vehicles,” Nagle said.

While many of the ripples from the USMCA will affect the original equipment side, Wilson warned that “it’s not business as usual” for the aftermarket going forward.

Take the time to review the deal, ask questions and, if there is still a lack of clarity, speak to your association and have them advocate on your behalf.

The deal is expected to come into effect sometime in 2019.

See the full feature in the November/December 2018 issue of Jobber News.