Taking pride in all he does 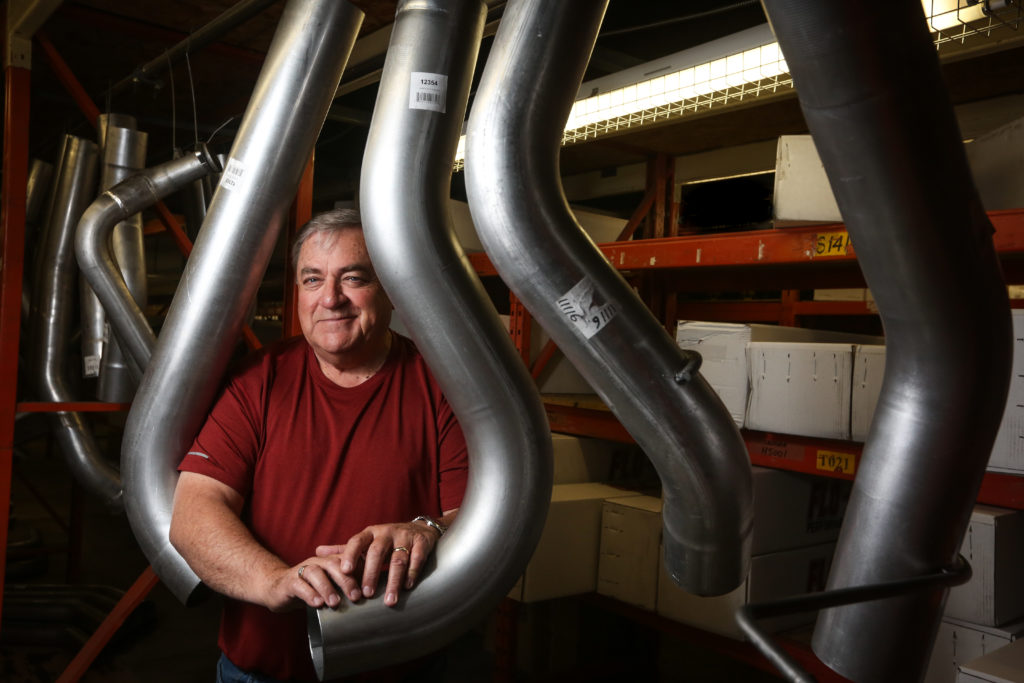 Barry Murray of APD Calgary is the 2017 Jobber News Counterperson of the Year. (Photo by Christina Ryan)

When you’ve spent nearly a half-century in the automotive aftermarket parts business, you’ve seen a thing or two.

Yet, there’s one constant that Barry Murray has seen from the beginning. It’s why customers and colleagues rave about him and it’s why he’s the 2017 Jobber News Counterperson of the Year.

It’s about taking pride in your job as a counterperson. You’re here to help.

“If you can make the customer’s job easier, that’s what you’re here for,” said Barry Murray, counterman at Automotive Parts Distributors in Calgary. “I was told once that if you look after the little things, the big things look after themselves. If you tell somebody you are going to do something, then you do it. If you make a promise you’re going to do something, then you keep your promise. If you tell a guy you’re going to phone him back, you phone him back.”

If a counterperson is doing all the above, they’re not only ensuring that the jobber is successful, but the customers’ businesses are as well.

“You help them grow their business because that’s basically your job,” Murray said. “If they grow then you grow. You become important to them. The more they buy, the more money you make.

“It’s a win-win for everybody if you do your job right.”

“It’s a win-win for everybody
if you do your job right.”

— Barry Murray, Counterperson of the Year

And Murray has been doing his job right for a long time. He was an overwhelming choice for the honour with nominations pouring in from the large number of customers he has helped over the years.

They highlighted his deep knowledge and vast experience, which dates back to 1969 when he saw an opportunity with Grosser Automotive. He started off driving the parts truck. He moved on to other areas like shipping and receiving before working the counter. He later left for Silver Automotive, where he was for more than six years, working his way up to store manager.

In 1978, he had the itch to go out on his own. “Ego takes over and you decide you need a place of your own,” he laughed.

He opened Barry’s Automotive and ran it from 1978-2001. He sold the business to spend more time with his family but the desire to stay in the aftermarket didn’t leave. He stuck around as a sales rep for the new owner until the store closed nine years later. 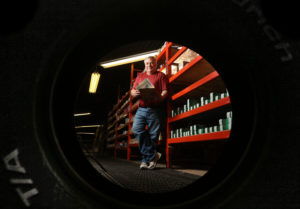 Murray’s career kept on moving, however. He then joined APD’s Calgary branch where he works the counter and still goes out to visit his customers on a regular basis.

Owning his own store taught Murray a lot, perhaps a leading reason as to why he’s such a good counterman. He had already laid the groundwork for success by developing a loyal following from his previous employer. Many of his customers have stuck with him along his journey.

“I guess they liked what I did so they followed me when I opened my own shop. I wasn’t actively trying to steal their customers but they followed me and gave me some business to help me get going on and we just kind of built from there,” Murray said.

Part of delivering top service was to get everything the customer wanted, not just most of them. Murray made it a point to get whatever customer needed.

“They found they could rely on us and that we were just kind of a one-stop shop. They were really happy with that. They didn’t mind paying a little extra because it saved them time from having to run all over the place. So we did that for them,” he said.

Anyone who knows Murray knows that’s a familiar tune. He’s developed something of a legendary status when it comes to tracking down hard-to-find or seemingly non-existent parts for customers.

“He does it on a regular basis,” said Amy Veldhoen of Safety In Action, a lift truck service and repair business in Calgary.

“We deal with a lot of older equipment and sometimes searching for parts takes time. But Barry does it. He goes through the books or looks on the Internet or however he does it. He’s readily available to take the time to find what we need.”

Rob Sinclair, owner of Gateway Autopro in Calgary, said Murray came through for him recently when he needed yellow headlights for an older car he was working on. Everywhere Sinclair looked was a dead end. Until he asked Murray, that is.

“He said, ‘Let me look for you, I think I might be able to figure that out,’” Sinclair said. “It took him a couple days but he found them. Even the Internet couldn’t find those. He’s got some connections still to this day.”

That kind of attitude is hard to find, they said.

“I talk to the customers everyday, basically, and I’ve just learned
over the years with what they expect
from their supplier.”

— Barry Murray, Counterperson of the Year

It’s that attitude and level of involvement that makes him unique in counter staff circles, said Zara Wishloff, vice president of sales for APD in Edmonton.

“It’s the intangibles but it’s also just experience. Knowing different parts to get you out of problems and knowing how to source things differently. It’s hard to teach someone else that sort of thing,” he said.

Murray doesn’t do it for personal gratification. He knows he and all counter pros are an essential link in a chain that is serving the consumer getting their vehicle repaired. Murray knows what has to be done because he pays attention his customers’ needs.

“I talk to the customers everyday, basically, and I’ve just learned over the years with what they expect from their supplier,” he said.

It comes back to taking pride in your work and keeping your promise to your customer.

“When they’ve made a promise to their customer that their car’s going to be ready at 3 p.m. and it’s a two-hour job, well, you know you need to have the parts there in a timely manner so they can have the car fixed for the guy,” Murray said. “We’re not only working for our customer but we’re working for his customer, too. If the supplier isn’t doing the job and he’s not getting the work done, well, No. 1, he’s not making much money and No. 2, he’s not making any friends.”

Everyone in the jobber store is part of a team. Everyone needs to pull their weight and work together. Sometimes, though, it can be tricky. You can order the parts, but if it’s not delivered promptly to the jobber, counter staff can’t do much else than take it on the chin from the customer.

That’s why it’s important to do the little things right so that when things happen beyond your control, you still have a positive relationship with the service shop. That also includes getting the order right the first time, Murray said.