THE NEW MOBILITY: The Impact of EVs

Part 1 of 7 in an exclusive series on New Mobility

This is the first in a new series of Knowledge Centre articles on what is being dubbed as “The New Mobility” – exclusive to the AutoServiceWorld Knowledge Centre. Automotive Consultant James Carter offers a unique look at some of the latest innovations in the automotive world, how they work, how they’re evolving, and what they mean to the aftermarket.

“I picked it up yesterday,” said Stephen, a friend who lives a couple streets away. After waiting several months, he’d become one of Canada’s first owners of the new Chevrolet Bolt, GM’s all-new electric car. 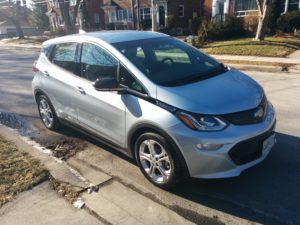 “You take it for a drive and tell me,” he answered, matter-of-factly. It was almost like a challenge.

We piled into the Bolt and decided to tour around our East York neighbourhood. As, I went to shift into ‘D’, my friend said, “You want to put it into ‘L’. That way you can drive with one pedal. The re-gen braking provides almost all the braking you need when you lift.”

Our short neighbourhood tour was an eye-opener. The one pedal driving idea actually worked well in practice, after a little time to acclimatize; and the car felt solid, nimble and comfortable.

But what really stood out was the performance. The instant torque of the electric motor made for strong instant acceleration around town, and it didn’t feel much slower than my turbocharged Subaru WRX.

“It lights up the front tires pretty quick, doesn’t it?” Stephen remarked.

While still at a relatively low base, Battery Electric Vehicles (BEVs) are becoming more and more popular, fuelled by government incentives, low energy and maintenance costs, and improving performance and usability. Over 11,000 EVs were sold in Canada during 2016, up 56% on 2015, and while this is still not a huge percentage of a total 1.98 million unit market, the trend is certainly there. (Source: FleetCarma)

Electric vehicles, in the wake of the Volkswagen “Diesel-gate” scandal in late 2015, are now receiving much more attention for all the major OEMs. Most manufacturers have committed to producing at least 25% EVs of their total annual production by 2025; and many European cities, like Paris, London and Madrid, have put in place legislation to either eliminate or significantly reduce the entry of diesel-engined vehicles into the city centres.

So what does this mean for gasoline loving North America? There’s no doubt the trend towards electrification will continue here as well. Many cities and provinces are offering significant incentives to purchase and own an EV, and are also trialling electric buses for public transport, all with the aim of improving air quality in cities and reducing carbon emissions.

Later Stephen and I talked about the purchase decision. Stephen had taken a new job in Markham, about 30 minutes’ drive away, and it necessitated using Highway 404, which has HOV lanes that electric vehicles can also use. 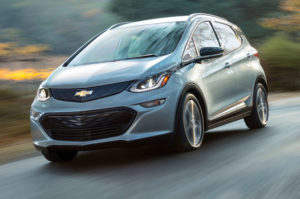 “The HOV lanes was a major factor for sure, as well as the Ontario government rebate. Plus, I now don’t pay for fuel!” he said when asked why he bought the car.

Stephen also showed me his Level 2 charger that he installed in his garage, which also attracted an Ontario government rebate for both the charger and installation. We also took a look at the maintenance handbook. For the first 240,000 km it literally only needs tire rotations, visual inspections and to occasionally replace the cabin air filter. 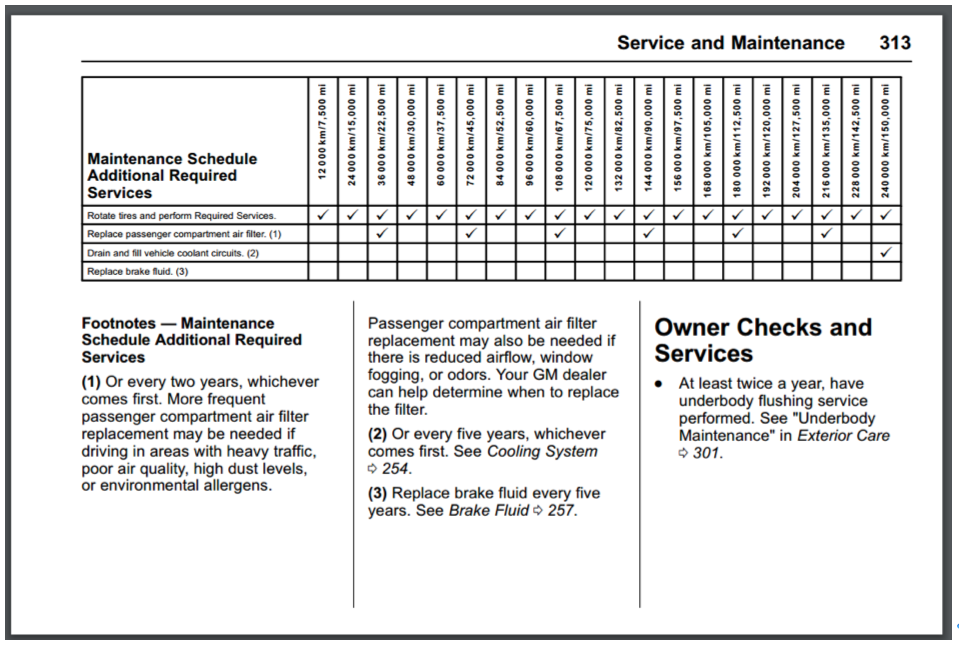 This got me thinking. There’s not too much in this for a dealership aftermarket shop to service. Even at the well-used 240,000 km, all you need to do is “Drain and fill vehicle coolant circuits.” Sounds like an ‘electric’ oil change to me, one that’s required only after a quarter of million kilometres. Essentially, if you run winter tires, can prise out the cabin air filter yourself and generally keep an eye on the car working properly, the vehicle doesn’t need ANY maintenance. 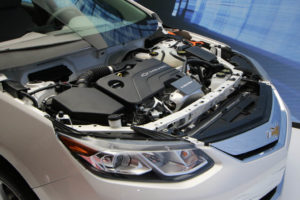 So what does this mean if you’re an automotive service provider? Sure, your customer will probably need a couple sets of tires in his first quarter million kilometres, and you’ll start to need a few repairs by then. So let’s take a look around the car and identify a few areas that may require attention.

There’s no doubt that electric vehicles will continue to grow in popularity as their costs and barriers to operation reduce. For the consumer, the lack of required maintenance for electric vehicles is a huge win, but for ASPs it has the potential to make a very large dent in their business, especially with the regularity and routine of the oil change now blowing most customer contact away.

ASPs need to carefully think through how the significant reduction in maintenance needs affects their business model, and they need to understand where the threats and opportunities lay in the future.

Maybe considering a new, profitable pivot should be in the plans of every automotive service provider.