THE NEW MOBILITY: The impact of ‘Dieselgate’

Part 2 of 7 in an exclusive series.

This is the second in a new series of Knowledge Centre articles on what is being dubbed as “The New Mobility” – exclusive to the AutoServiceWorld Knowledge Centre. Automotive Consultant James Carter offers a unique look at some of the latest innovations in the automotive world, how they work, how they’re evolving, and what they mean to the aftermarket. 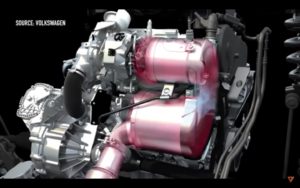 I was sitting at my desk of my former employer, a large vehicle manufacturer, when the news came through that Volkswagen had been caught cheating on its emissions tests.

Volkswagen had used an override program, buried within the millions of lines of software code of modern engines, that was able to detect and completely change the tuning of the vehicle during testing so it met government requirements. As soon as the vehicle was on the open road, however, a change of tune was introduced that made the vehicle drive much better, and improved fuel economy. The unfortunate downside was that the vehicle spat out up to eight times the allowable amount of NOx and other pollutants into the air.

Even though I was working at a competing original equipment manufacturer (OEM), we were still shocked at the blatancy of what had happened.

We’d been investigating diesels for years and were constantly told by our engineering division that it was difficult and expensive to make them comply with North American emission standards. We knew from the grapevine that other OEMs were also having difficulty, and weren’t ever quite sure why Volkswagen was able to comply. But we had no reason to assume that anything nefarious was in the wind.

Fast forward to 2017, and the fallout from the “dieselgate” has had very far reaching impacts. 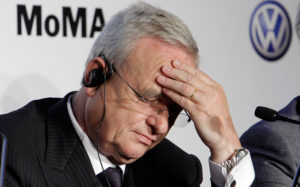 Volkswagen CEO Martin Winterkorn had to step down from his position, despite apologies to shareholders for damaging the brand. The U.S. Environmental Protection Agency said the German automaker skirted clean air rules by rigging emissions tests for about 500,000 diesel cars.

Volkswagen has had to recall and reimburse owners for their vehicles, as well as pay heavy penalties.

The company also incurred significant stock market losses. Their vehicle inventory was declared unsalable. And threw into question the company’s commitments to build infrastructure programs in the U.S. through its Electrify America program.

I have heard ‘on the quiet’ that the incident might end up costing them upwards of $30 billion dollars when all is said done.

But the impacts have gone much beyond that.

Mercedes has withdrawn all of its diesels from the North American market, and BMW has cut all but two of its diesel models. Certainly in this market it’s easy to foresee a time in the not-too-distant future when there will be no cars or SUVs available with an “oil burner” engine.

Not only this, but dieselgate has triggered a wave of anti-diesel hysteria in Europe.

Governments had long promoted diesels due to their lower CO2 emissions, but in the mean time, the high NOx and particulate emissions ruined air quality, particularly in large cities. NOx and particulate emissions have long been disparaged for their carcinogenic properties, and for being a known cause of lung disease and other breathing ailments. Post-dieselgate, researchers began to draw links between increases in diesel vehicles on the road and higher rates of breathing problems in European cities. This has resulted in several large European cities either call for an all-out ban on diesels, or a limiting of diesels allowed in the centers of cities like London, Paris, and Madrid. 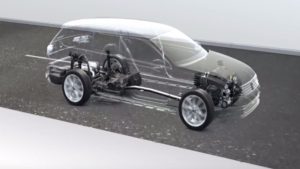 So what are the implications?

In Europe, diesel passenger car sales have already begun to go south from their position of around 50% of the market. They’ve largely been replaced by gasoline-engined vehicles. In North America, however, the story is a bit different as the passenger-car diesels were never more than a small part of the market. This is mostly due to the stricter emission standards but also because there were no subsidies on diesel fuel, as can be found in most of Europe. This has meant big impacts for the automotive aftermarket in Europe, but almost no impact in North America.

All of this opens up the question of medium and heavy duty vehicles, where diesel dominates throughout in the world. Dieselgate has made the general public realize that trucks and buses also contribute heavily to poor air quality, whether they comply with government regulations or not.

For the short term, diesel will continue to dominate this market, however new competitors are introducing alternatives.

Proterra, Volvo, Hyundai, and BYD all have EV buses available for sale now, some with ranges of up to 800 kilometres.

Mercedes is testing a line of EV trucks.

For transit buses and city delivery vehicles, EVs make a lot of sense. They offer emissions-free transportation with easy access to charge points.

Right now, companies are developing ultra-capacitors, that can take on and disperse large amounts of charge very rapidly – as much as 8kWh in just 30 seconds. A single passenger pick up or drop off would allow enough time to charge the bus for another 30 kilometres. City residents around the world have already begun campaigning to electrify buses, and a large grass roots campaign against the MTA (Metropolitan Transit Authority) in New York was recently started when residents found out that diesel buses were replacing a section of discontinued light rail.

For long-haul trucking or vehicles that operate in remote areas with limited or no access to a charging station, the impact of emissions free will likely take longer. Certainly hydrogen fuel cells offers the most promise, with range and refueling times that parallel traditional petroleum infrastructure. However, hydrogen is also difficult to store, has very limited infrastructure at the moment and tends to be mostly produced as a byproduct of natural gas, which creates emissions.

So what does this mean for Canada?

From a passenger car, SUV and light pick-up perspective, frankly there’s very little impact in the short term. Unlike Europe, where there is a massive diesel market, North America has seen historically low diesel sales… and they will likely stay low.

However on the heavy duty side, Dieselgate has created public awareness and that may result in a steady long-term decline, as the world shifts towards cleaner, emission-free solutions.

It might take a while, but you can bet in 20 to 30 years’ time there won’t be that many diesels left on the road.


1 Comment » for THE NEW MOBILITY: The impact of ‘Dieselgate’